Donald Trump swore he wouldn’t do it.

In February 2016, then-candidate Trump explained his penchant for profanity. "Well, you know, I've always done it just as a way of emphasis and had fun doing it," he told CBS’ “Face the Nation”. “But running in politics, we can’t do it.” The USA Today headline declared: “Donald Trump insists he will eliminate profanity.”

Since taking office, however, President Trump hasn’t managed to stick to that resolution in his public and private remarks. And he certainly isn’t the first politician to swear—Vice President Joe Biden and President George W. Bush let loose with the occasional profanity, and White House recordings reveal Richard Nixon cursed regularly.

In her new book, Swearing is Good for You: The Amazing Science of Bad Language, London-based artificial intelligence researcher and writer Emma Byrne dives into the science of why we curse – and how it can best help us achieve rhetorical effect. Through highlighting the work conducted by psychologists and sociologists, Byrne explains the psychological reasons we spit out swears and explores the positive impact foul language can have on an audience. 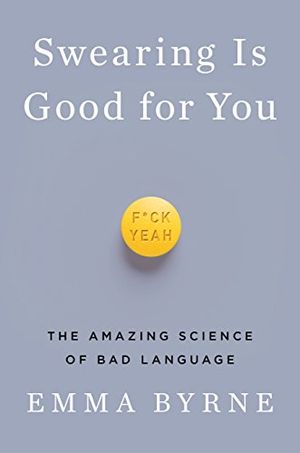 Swearing Is Good for You: The Amazing Science of Bad Language

An irreverent and impeccably researched defense of our dirtiest words.

In some cases, she concludes, peppering our language with dirty words can actually help us gain credibility and establish a sense of camaraderie. Given the latest news, she says, her research may have more political implications than she initially intended.

In the book, Byrne cites one study that examined the rhetorical effects of swearing on an audience that was already sympathetic to the speaker’s message. For the study, psychologists Cory Scherer of Penn State University and Brad Sagarin from Northern Illinois University showed videotaped speeches to 88 undergraduate students. Participants listened to one of three different versions of a speech about lowering tuition rates at a university—one with no swearing, one that had a “damn” thrown in the middle, and one that opened with a “damn.” The rest of the speech was unchanged.

Byrne delineates between what she calls propositional swearing, which is deliberate and planned, and non-propositional swearing, which can happen when we’re surprised, or among friends or confidants. Trump’s most recent swear, she suspects, is of the latter category. Among his supporters,President Trump’s profanity is often considered a sign of honesty – e.g. “he tells it like it is.” A leader’s coarse choice of words can be an instance of deliberate use of profanity as a rhetorical device, says Byrne. “As with rehearsed gestures and well-orchestrated photo opportunities, swearing can be used instrumentally to give an impression of passion or authenticity,” she says.

But, as Byrne writes, “if you ask people what they think about swearing, they tend to insist that it diminishes the speaker’s credibility and persuasiveness—especially if the speaker is a woman.” This is another finding of her book: that gender greatly influences how we interpret cursing.

In a 2001 study, Robert O’Neil of the Louisiana State University showed 377 men and women transcripts of speeches containing multiple instances of the word “f*ck.” “If he told the volunteers that the speaker was a woman, they consistently rated the swearing as more offensive than when they were told that the speaker was a man,” Byrne writes. When Byrne asked him why he thought this was the case, O’Neil told her, “Men are expected to be aggressive, tough, self-reliant, always looking for sex, and most importantly, not effeminate.”

Last June, New York Senator Kirsten Gillibrand dropped two “f*ck”s in one speech—one scripted, one not. Her supporters defended her language as honest and unfiltered, while Kimberly Guilfoyle, host of Fox News talk show “The Five,” quipped it was evidence that Gillibrand was “unhinged, losing it.”

“We judge women as being excessively emotional compared to men whenever they use strong language,” says Byrne. “As O'Neill discovered in his research, women's curses are rated as more offensive than men’s, even when they're used in exactly the same fashion.”

Nixon himself had opinions on gender and public swearing. In secret tapes of a White House conversation in 1971, the President discussed the topic with Chief of Staff Bob Haldeman:

Nixon: I mean, you’ve got to stop [public swearing] at a certain point. Why is it that the girls don’t swear? Because a man, when he swears, people can’t tolerate a girl who is a—

Haldeman: They do now.

Nixon: Oh, they do now? But, nevertheless, it removes something from them. They don’t even realize it. A man drunk, and a man who swears, people will tolerate and say that’s a sign of masculinity or some other damn thing. We all do it. We all swear. But you show me a girl that swears and I’ll show you an awful unattractive person. . . . I mean, all femininity is gone. And none of the smart girls do swear, incidentally.

What is the long-term effect of all this presidential swearing on Americans who are absorbing the media broadcasts, again and again? Byrne isn’t positive, but she has some ideas.

First, she worries about the news media focus on the words themselves, rather than their meaning. “One of the dangers of our emotional response to strong language is that we often pay more attention to tone than content,” she says. “I think it's likely that, had Trump expressed those exact same sentiments in blander language, it wouldn't have garnered anything like the same amount of coverage.”

Byrne also has a purely lexicographic perspective on presidential profanity. The more we drop four-letter words, she says, the more permissible they become in casual conversation—clearing the way for previously “unsayable” things to become mainstream. Take the “damn” of the study mentioned earlier – it’s now a relatively *mild* curse, but decades ago would have made most Americans blush. As she writes in her book: “Swearing needs to maintain its emotional impact in order to be effective.”