Like many of us, NASA's Mars rovers are working overtime for no pay. But at least our employers don't add "works diligently through life-threatening peril" to our exhaustive job descriptions (we hope). 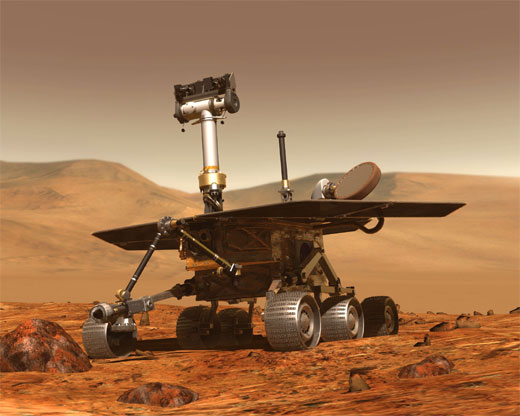 Not so the case with the rover Opportunity. The rover touched down on the Red Planet in early 2004, quickly finding signs of water--and potentially life--at Meridiani Planum, as I wrote recently. Its three-month stay was extended indefinitely, however, and today NASA said it will send the robot into massive Victoria Crater.

Sending Opportunity into a crater should enable its cameras to observe older rocks than are typically found on the surface. "It is a calculated risk worth taking, particularly because this mission has far exceeded its original goal," NASA associate administrator Alan Stern announced.

If one of the rover's wheels should fail, as was the case with its partner rover, Spirit, the climb out of the crater might be impossible. Let's hope it has a good 401k.