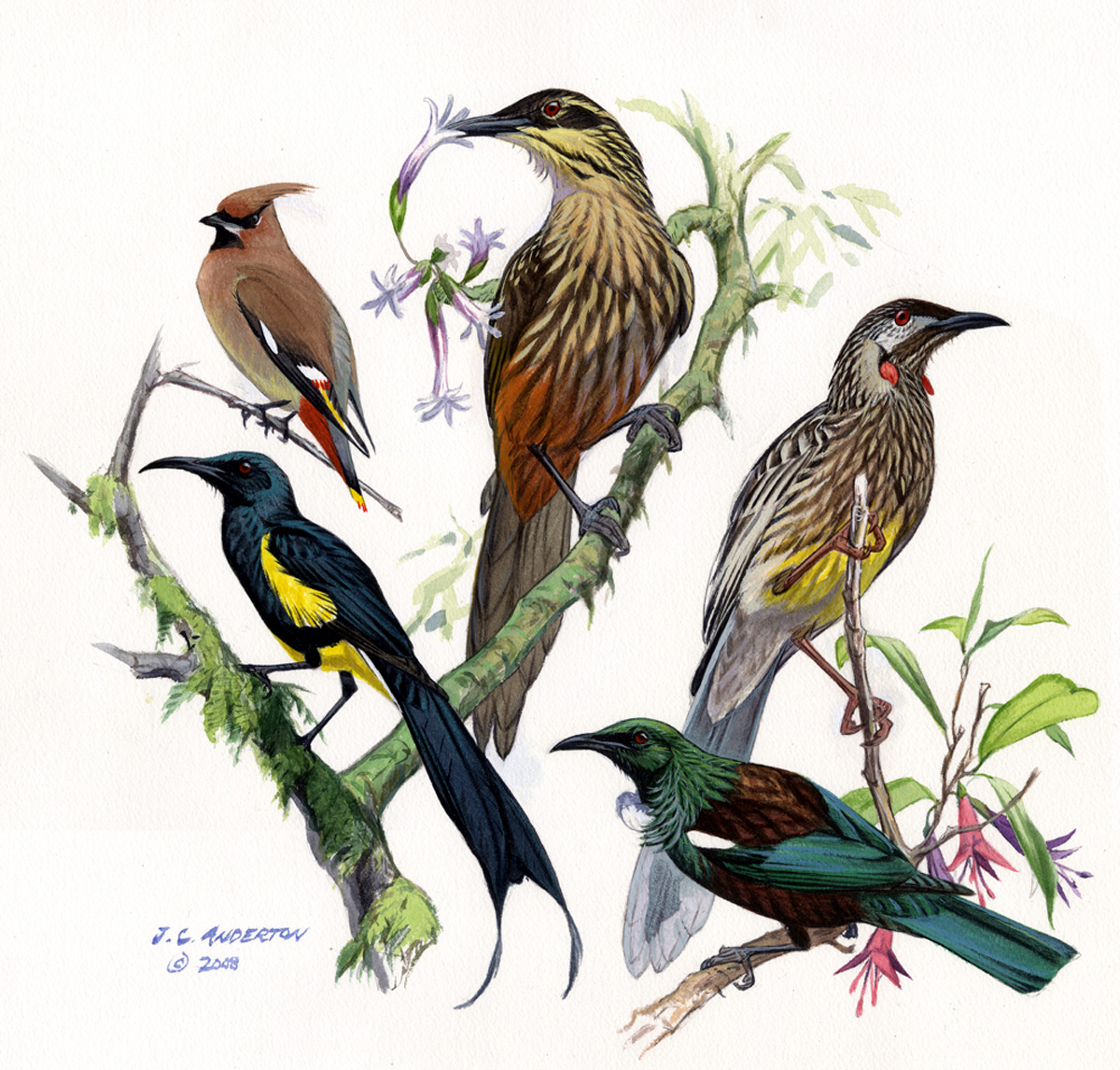 I wish I could draw, but I’m really quite hopeless in that arena. It’s sad because I especially enjoy botanical and fauna illustration (I even keep reproductions of 17th-century drawings of tulips here in my cube) but dare not even try something like this drawing of Hawaiian honeyeaters. When I first saw it, I marveled at the birds’ beauty. However, I quickly realized the sad truth: they were drawn because none are now alive to be photographed, according to Smithsonian Institution researchers.

From the Smithsonian press office:

Until the 1980s, when the last species went extinct, five Hawaiian honeyeater species sipped nectar from Hawaii’s flowers. These birds, illustrated lower left (Hawaii `o`o) and upper center (kioea), have always been considered Australasian honeyeaters (family Meliphagidae; two on right branch), and share many similarities in form, behavior and ecology. However, DNA sequence analyses of museum specimens by Smithsonian researchers reveal that the Hawaiian species are distantly related to meliphagids and are instead a new songbird family, the Mohoidae, related to Holarctic waxwings (shown upper left), neotropical silky flycatchers and related families. The mohoids and meliphagids are a remarkable example of convergent evolution, and the only bird family known to go extinct over the past few centuries.