There is no recess of the human consciousness that doesn’t have a canid lurking in it somewhere. In the Northern Hemisphere, wherever humans showed up, some version of the wolf was already there, challenging and informing us, shaping our perception of the world. Banded together like early humans into small, mobile clans, with similar appetites, a soulful intelligence and an organizational style that has been favored (or was it imitated?) by hunting parties, guerrillas, platoons and street gangs across time, wolves have alternately fascinated and alarmed us. How could they not? Sharing landscapes and prey, along with a capacity for appalling savagery, we kept an eye on each other, and our ancestors were struck by the similarities: In addition to working collaboratively, wolves sing and often mate for life. Recent research reveals that they can be more cooperative than dogs, they follow each others’ gaze and they communicate with facial expressions. They also scare the daylights out of us.

In all these ways, the wolf functions as a kind of companion consciousness, a wild and stealthy cousin so different from us in appearance and yet so like us in character. Annie Marie Musselman’s photographs—portraits, really—capture this duality. Seeing them makes it easier to imagine how, long ago—before agriculture, the written word and organized religion—some of these creatures were invited to cross the threshold between shadow and firelight and enter the human sphere. With that invitation, according to one scientific hypothesis, humans were able to out-hunt the Neanderthals and thus came to dominate the planet. Still, no one could have predicted the depth and empathy of our alliance with the wolf’s domesticated kin. Genomic evidence reported this year shows that domestic dogs split from wolves as early as 40,000 years ago (around the time we started making art, and thousands of years earlier than some people had thought), but the lines are still blurred in a number of breeds, including Siberian huskies. Today, the canids remain our closest link to our prehistoric selves. Our ambivalence toward them (those eyes, those teeth) resonates like an echo of that dangerous, formative time. Wolves are also a mirror; communal and bloodthirsty both, they reflect our own double-edged nature. As the saying goes, “Man is a wolf to man.” 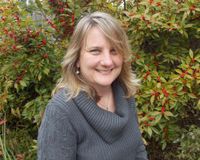 John Vaillant is the author of The Golden Spruce, The Tiger, The Jaguar's Children. His work has been published in The New Yorker, The Atlantic, and National Geographic, among others. Photo: John Sinal.