One day in May of 1943 seven-year-old Margaret Treacy was playing ball near her home in Upper Manhattan when she was hit by an ice truck. She broke a leg so badly the shinbone pierced the skin. The wound became infected, and Treacy ended up at Presbyterian Hospital, where a bacteriologist named Balbina Johnson made an observation that would forever change how Americans stock their medicine cabinets.

Peering through a microscope at bacteria taken from Treacy’s wound and grown in a lab dish, Johnson noticed that some staphylococcus germs were being killed off by another type of microbe, an unusual strain of the soil bacterium Bacillus subtilis. “The study of these bacterial antagonists in contaminated wounds and burns should be carried further,” urged a July 1943 report on the case that I found recently in a box of mimeographed records in a basement archive at Columbia University Medical Center.

At the time, doctors had just begun using penicillin, the revolutionary antibiotic derived from fungal mold. So Johnson and a surgeon colleague, Frank Meleney of Columbia, did carry on, and found that the B. subtilis from Treacy produced an “antibiotic substance.” In 1948, the Food and Drug Administration approved an antibiotic medication based on the discovery—bacitracin, after “Bacillus” and “Tracey,” a misspelling of the patient’s name.

Today, about 130 tons of bacitracin are used in the United States annually; the bulk of it is fed to farm animals, but it remains a key ingredient in antibiotic ointments for people.

The little girl behind the breakthrough grew up to become an archivist and mother of one. Margaret Treacy Addiego lived out her years on Long Island and died of colon cancer in 1994 at age 58. Her son Michael, of Malverne, New York, says he once resented that his mother was never paid for her contribution to health care, a frustration known to some descendants of Henrietta Lacks, whose tissue was turned into a cell culture system used in biomedical research, as chronicled in The Immortal Life of Henrietta Lacks, now a movie.

Addiego’s view softened when he developed multiple myeloma and received chemotherapy. He says he stopped thinking that his family had been screwed by “corporate America” and instead focuses on how his mother’s misfortune has benefited countless people. He has two daughters, ages 11 and 20, and whenever he slathered bacitracin on their cuts and scrapes he would say, “This is Grandma helping you out.” 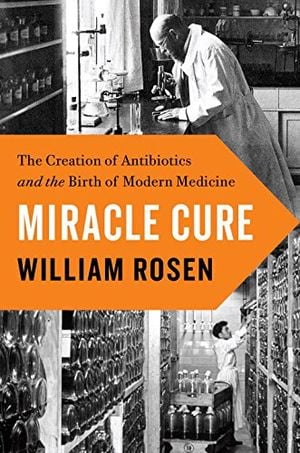