In an illustrated narrative, Perseverance—scheduled to launch this summer—searches for any signs of past microbial life on Mars 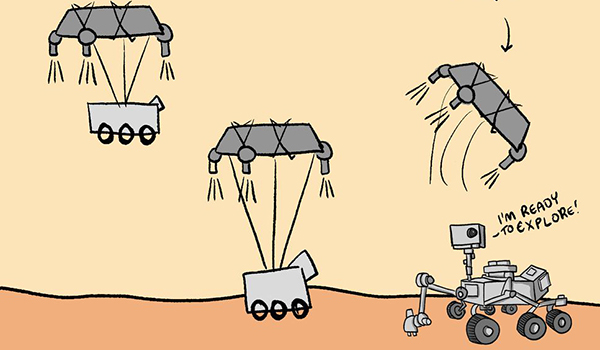 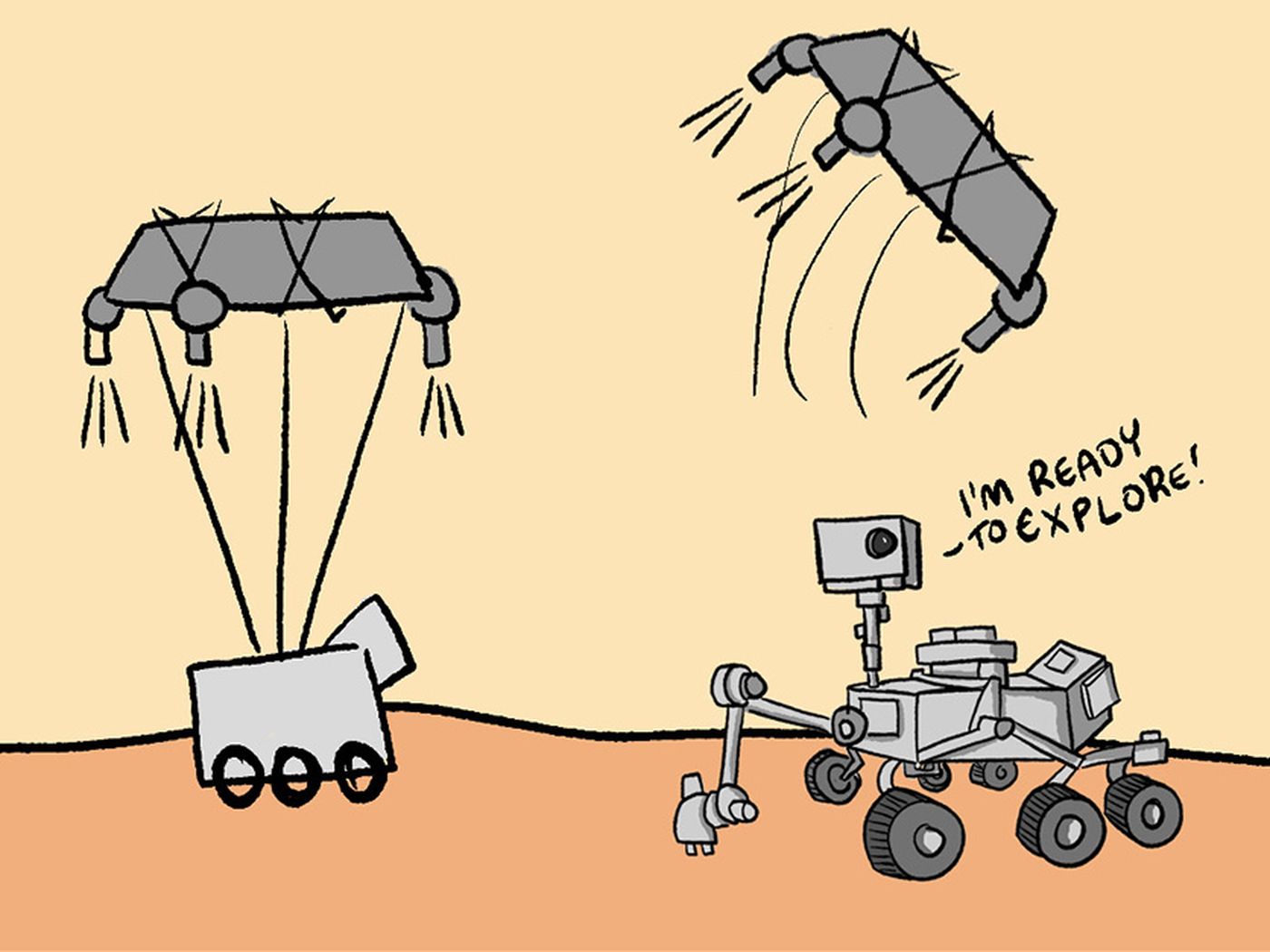 NASA’s newest rover, Perseverance, will launch on a rocket in July 2020 to fly to Mars. The trip to the Red Planet will take about seven months, and the spacecraft will fly about 314 million miles before it arrives at its destination.

When the spacecraft carrying Perseverance gets to Mars, it will fly through the thin atmosphere behind a heat shield, deploy parachutes, and then a vehicle called a sky crane will lower the rover down to the surface of the planet.

On the surface, in a place called Jezero crater, Perseverance will begin its search for any signs of life on Mars, including anything that might have lived on the planet in the distant past, when Mars had water flowing on the surface. The rover will examine layers of sedimentary rock to study the geology of Mars and learn about the planet’s past climates and environments.

Another primary mission of Perseverance is to investigate the environment on Mars so that astronauts can prepare for the planet’s conditions. Eventually, humans will travel to Mars, and they will need life support systems, such as oxygen, to breathe, as well as food and shelter.

One of the science instruments on Perseverance will test a new technology that could help provide breathable oxygen for astronauts one day. The instrument MOXIE, which stands for Mars Oxygen In-Situ Resource Utilization Experiment, will pull carbon dioxide out of the Martian atmosphere and convert that gas into oxygen, similar to how plants on Earth breathe in carbon dioxide and breathe out oxygen.

MOXIE is about the size of a car battery, but for future crewed missions to Mars, oxygen generators will need to be at least 100 times larger. These generators could not only make oxygen gas to breathe, but also liquid oxygen that could be used as fuel for exploring the Martian surface.

Perhaps the most important mission of Perseverance, however, is to collect a sample of material on Mars and store it in a capsule for later inspection. The rover will examine several different rock outcrops to find a sample that NASA scientists on Earth think is worth bringing back for a closer look. A future mission, which doesn’t have a launch date yet, will retrieve the sample from the surface of Mars.

Once scientists have a sample of Martian material in the lab on Earth, they can look at what the sample is made of in microscopic detail—and learn new things about what the planet was like in the ancient past. How long was water on the surface of Mars, and could that water have supported life? Clues left behind in the rocks could solve these mysteries.

But until a sample can be returned to Earth, Perseverance, along with its fellow rover Curiosity, will continue roving the Red Planet, looking for clues about the history of Mars, and serving as our eyes on the surface of another world.