The plan went something like this: Lash a Lilliputian knapsack to the back of a wild songbird called a Swainson’s thrush, release the bird to begin its grueling 8,000-mile round-trip migration, and then return a year later to the exact same spot in the vast Canadian forest to await the bird’s return and retrieve its miniature luggage, which holds a tracking device. “To our great surprise, we actually succeeded,” says Darren Irwin, a University of British Columbia ornithologist. His team, led by PhD student Kira Delmore, collected dozens of the devices as part of a startling new study that provides the strongest evidence to date that certain genes govern avian migration patterns—and may also guide the mass movements of creatures from butterflies to wildebeests.

It has long been an open question whether a migrating bird learns its complex flight path from other members of the flock, or, on the other wing, if the route is somehow encoded in its genes. Suspecting the latter, Delmore and the team, who published their findings in Current Biology, followed the Swainson’s thrush because the species is split into two subgroups that migrate along very different routes: Traveling south from British Columbia, one subgroup hugs the California coast and heads to Mexico, while the other veers over Alabama en route to Colombia. Every spring both return to Canada and—here’s the key—sometimes interbreed.

Sorting through the tracking data, the researchers found that the hybrid offspring favored a flyway that was in between those of the two subspecies. Since the hybrid thrushes couldn’t have learned that middle road, it seems that the birds were guided by a mixture of genetic instructions inherited from both parents.

To pinpoint the genes responsible, the researchers compared the DNA of parents and hybrids, zeroing in on a stretch that includes the “clock gene,” which is known to be related to circadian rhythms and believed to be involved in migration.

The research promises big new insights into evolution. For instance, the hybrid thrushes’ flyway takes them over terrain where food may be scarcer than along the other two routes; if many end up starving to death, the hybrid subgroup may never get off the ground (so to speak), and the other two subspecies may become increasingly distinct until they split into separate species entirely. That would be evidence of a long-suspected but rarely observed phenomenon—genes that control behavior contributing to the origins of species. That process might take many years. But Irwin thinks the first clues are encoded in those little backpacks. 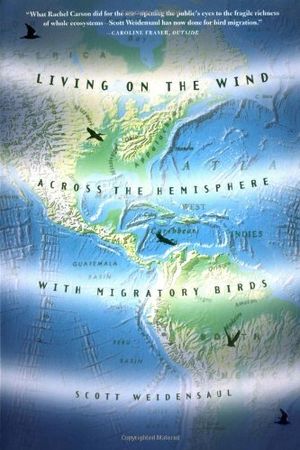 Living on the Wind: Across the Hemisphere With Migratory Birds