Never before had scientists seen the phenomenon until they rallied colleagues around the world to view a galaxy far, far away 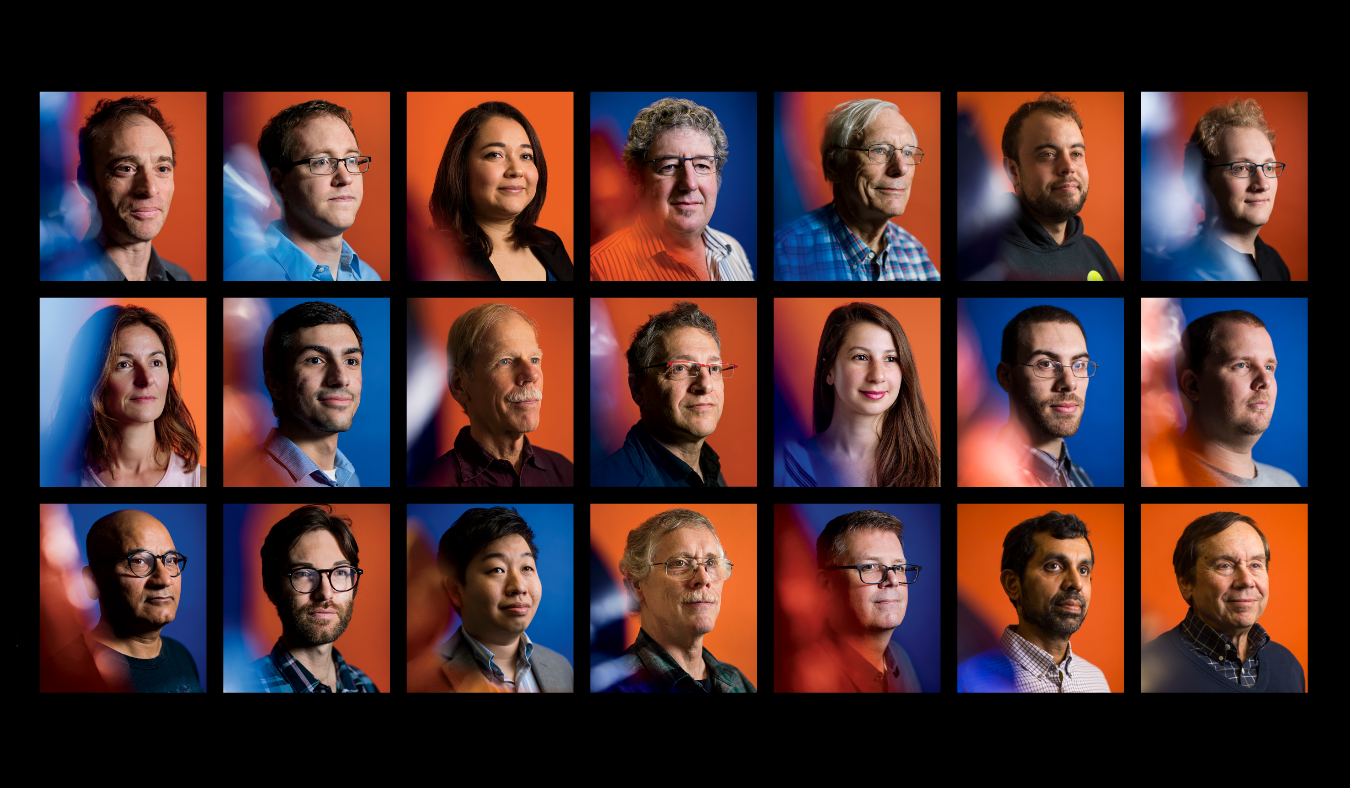 From time to time, a new picture of outer space changes our understanding of the universe and our place in it. One hundred years ago, astronomers captured the light of stars behind the sun during a total solar eclipse, proving that the sun had bent the starlight and validating Albert Einstein’s new theories of gravity. In 1923, Edwin Hubble captured a pulsing star within the Andromeda Galaxy on a glass photographic plate, revealing for the first time that galaxies exist beyond our own Milky Way. By the 1960s, astronomers in New Jersey had detected radiation from the Big Bang, now called the Cosmic Microwave Background, marking the edge of the observable universe—though they didn’t know what they were seeing at first.

This past April, a picture of a black hole, captured by a global network of telescopes, again transformed our perception of the cosmos. That image appeared in major newspapers around the world: a ring of superheated gas 55 million light-years away, about the width of our solar system, spiraling into an abyss with the mass of 6.5 billion suns at the center of the giant galaxy Messier 87 (M87). The picture again validated the physics of Einstein, but also provided a glimpse of what may lie beyond the universe we know. Stitched together from several of the most powerful telescopes on the planet, the blurry image of darkness silhouetted by light is the result of decades of work by more than 200 scientists around the globe and coordinated by the Harvard-Smithsonian Center for Astrophysics.

The German physicist Karl Schwarzschild predicted the existence of black holes for the first time in 1915. He used Einstein’s equations describing general relativity—published only months before—to suggest that a star above a certain density would collapse into a point of infinite density and infinitesimal volume. That was such a mind-boggling idea that Einstein himself was doubtful. Einstein even tried later in life to prove that the so-called “Schwarzschild singularity” could not exist in nature. But by the end of the 1930s, it didn’t seem so implausible. Robert Oppenheimer and his students at the University of California, Berkeley concluded that massive stars could indeed collapse into a point of insurmountable density.

Around these black holes—a term popularized in the 1960s by the American physicist John Wheeler—space-time as we know it breaks down. A black hole devours material from its galaxy, and a border known as the event horizon marks the point of no return. Photons race around this horizon, trapped in an orbit we cannot see because the light never reaches us. Outside the event horizon, swirling dust and gas form a disk of material, heated by friction to billions of degrees.

Though this disk shines brighter than nearly any other object in the universe, it’s tricky to capture in an image. Despite their brightness, even the largest black holes are tiny in the sky because they are so far away. From the vantage point of Earth, M87’s black hole is smaller than the edge of a dime in Los Angeles as seen from Boston. Capturing something so minuscule requires taking a picture with extremely high resolution.

No single telescope could achieve this—so scientists linked radio observatories in Hawaii, Arizona, Mexico, Chile, Spain and Antarctica. This way, multiple telescopes could always keep M87 in their sights. When the galaxy set over the horizon for one telescope, others in distant parts of the world had already picked it up. Together, the eight telescopes generated data that could later be stitched together by supercomputers.

The technique required precise synchronization, to make all the data points line up perfectly. Atomic clocks—which use hydrogen microwave lasers to keep time—were installed at each location. Such clocks are so accurate that they won’t deviate by a second in ten million years.

The first time astronomers tried this technique with high enough sensitivity to measure a black hole, in 2006, the team “failed miserably,” according to Shep Doeleman, then an astronomer at MIT and now with the Smithsonian Astrophysical Observatory. “It was a fruitless search,” he says. The linked observatories in Hawaii and Arizona didn’t detect a thing.

Doeleman and a team of researchers tried again in 2007, linking three observatories to observe Sagittarius A*, a black hole at the center of our own galaxy, which is much smaller than M87 but also much closer. This time, through the obscuring fog of the Milky Way, they saw a tiny blob of radio emissions.

“We knew right away that we had something that was absolutely new,” Doeleman says, “that we’d taken the measure of this black hole in the center of the galaxy.” But turning the observations into more than just a splotch of radio signals would require more power.

So Doeleman founded a network of observatories, collectively called the Event Horizon Telescope (EHT). In 2011, the Atacama Large Millimeter Array (ALMA) opened in the Atacama Desert of Chile, where the high altitude and lack of humidity create some of the best observing conditions on the planet. This telescope array—the most expensive ground-based observatory in the world—became the EHT’s new anchor. By 2016, radio observatories in Spain’s Sierra Nevada and atop Mexico’s Sierra Negra had joined the EHT as well.

In 2017, everything was ready to go. During five April nights that year, many of the world’s most powerful radio telescopes lent their precious observing hours to the EHT. The facilities paused normal operations and delayed other research to allow the global telescope to come alive in search of radio waves from a ring of light encircling the shadow of a black hole more than 300 quintillion miles away.

The weather was perfect, and after shipping over half a ton of hard drives to supercomputing facilities in Germany and Massachusetts, independent teams wrote new algorithms to combine the five petabytes of data—that’s five million gigabytes, or enough recorded sound files to play for 5,000 years. The resulting picture clearly showed a ring of material outside the event horizon, glowing brightly around a dark center. The black hole looked just as theoretical models based on Einstein’s equations predicted it would.

“First you had to convince yourself that you were looking at real data,” says Sera Markoff, an astrophysicist with the University of Amsterdam and a member of the EHT team. “And then there’s the ‘Oh my God, it really looks the way we thought it would look!’”

“When we saw that ominous shadow wreathed in light, that became real,” says Avery Broderick, an astrophysicist at the University of Waterloo. “That really was a black hole out there in the universe.”

On April 10, the newly released image provoked awe. France Córdova, director of the National Science Foundation, said the image brought tears to her eyes: “This is a very big deal.”

More telescopes are joining the network, including one in Greenland and another in the French Alps. The scientists dream of putting a telescope in orbit and linking it with the ground observatories to see black holes that are currently too small and distant to observe.

Black holes are so massive that they sculpt the matter of the universe, devouring gas, dust and even photons at the center of large galaxies. After theorizing about them for more than a hundred years, we might be in for some surprises now that we can observe them directly. “We’ve been able to peer down to the edge of space-time, right down to near the horizon,” Broderick says. “Where should we find new physics? The answer is, in the places we haven’t looked before.”

Adam Glanzman is a photographer based in Boston.