With its shaggy ruff and enormous stature, the mastiff is the most adorable giant to thrive in the thin air of the Tibetan Plateau, where the average elevation is around 15,000 feet. But just how did the dogs get so good at mountain living? It appears they got help from their cousins.

Usually it takes a long while for an animal to evolve the capacity to live in a hostile new environment. But mastiffs in the lowlands of China made a sudden transition to the plateau, says geneticist Zhen Wang at the Shanghai Institutes for Biological Sciences. Unlike yaks and snow leopards, which gradually made their home at high elevation over tens of thousands of years, the mastiffs made huge adaptive strides all at once. Wang suspected the dogs had found an evolutionary shortcut by breeding with another, better-suited canine species, a phenomenon called adaptive introgression.

To test his theory, Wang analyzed Tibetan mastiff genes, searching for ones that are associated with high-altitude success but are normally absent in mastiffs living closer to sea level. He and his colleagues also checked the genomes of 49 canid species known to live near the plateau, including wolves, dogs and jackals. The scientists found special versions of two genes that could confer a high-altitude edge and were shared exclusively by Tibetan mastiffs and grey wolves.

Both of the gene varieties work in tandem to cope with low oxygen levels. Typically, when an animal travels to high altitude, its body almost immediately begins to produce extra hemoglobin—the protein in red blood cells that carries oxygen. But that change thickens the blood, increasing the risk of clots and stroke in the long run. One of the special traits pinpointed by the researchers is a novel version of a gene called HBB that boosts the ability of hemoglobin to carry oxygen, making it more efficient. The other special trait is a variation of a gene called EPAS1 that promotes blood vessels to grow even as it puts a brake on the overall hemoglobin concentration, preventing the body from cranking out dangerous amounts of it in response to low oxygen.

As recent as 24,000 years ago the mastiffs of the Tibetan highlands bred with grey wolves, animals that were already well adapted to that demanding environment. The implications of the study, Wang says, might surprise Darwin, because it shows that survival of the fittest sometimes means borrowing a gene or two from another species. 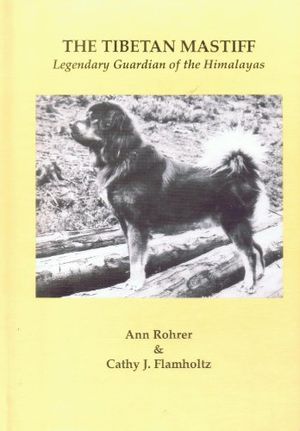 The Tibetan Mastiff: Legendary Guardian of the Himalayas

Emily Underwood is a contributing correspondent for Science and her work covers neuroscience, anthropology, and the environment.