Stamped in relief on the back of the heavy gold medal given to Nobel Prize recipients in the sciences is the image of two women. One, bare-breasted and holding a cornucopia, represents Nature. Pulling back her veil and bearing a torch of knowledge is Science, who reveals Nature and illuminates her secrets. It is an allegory as old as science itself, drawn from even older representation traditions, and it adorns the most prestigious prize in science as a reminder of the high ideals of discovery and truth. But it is an image that obscures more than it illuminates.

The figure of Science is not herself a scientist, merely a vision of the beauty of truth and discovery. It tells us a lot about the culture of science and very little about the role that women played in pushing back against that culture or bending it to their own ambitions. The real women of science—women who worked with their hands, calculated the path of planets, theorized about the nature of the universe, cared for their communities and evaded wars and fascists to pursue their work—are often as underrepresented in our histories of science as they are among Nobel winners, of which there are only 22. Often, it is only when women win Nobels that the world pays attention then at all. 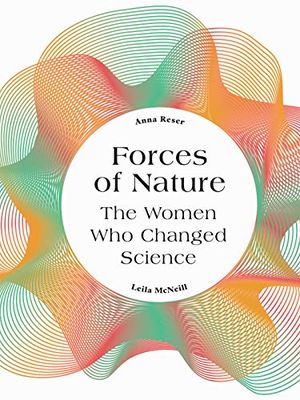 Forces of Nature: The Women who Changed Science

From the ancient world to the present, women have been critical to the progress of science, yet their importance is overlooked and their stories are often lost, distorted or actively suppressed. Forces of Nature sets the record straight and charts the fascinating history of women’s discoveries in science.

Those few famous mostly white women who have drawn our attention, singular and powerful though they are, represent a tiny fraction of the experiences of women in science, and the light they cast can outshine a more complex, and often painful, history. This is why you won’t find Marie Curie, Rosalind Franklin or even Sally Ride in our new book Forces of Nature, The Women Who Changed Science. What you will find are less well-known women, whose stories are gathered like shadows at the edges of the conventional telling, pushing to get in.

We found such women everywhere we looked. In the history of nursing, Florence Nightingale, a 19th-century nurse, educator and statistician, is considered the founder of modern nursing. But the founding of the modern profession of nursing is much more complicated than the actions of one famous woman. In fact, many contemporary nursing schools and organizations often rejected her teachings outright or heavily adapted them. For Nightingale, good nursing skills exemplified ideal womanhood, and she considered nursing knowledge, which emphasized sanitation, hygiene, diet and environment, as separate from medical and scientific approaches to human health. Her gendered approach to nursing did not speak to all nurses, so schools developed nursing education more committed to scientific principles.

In the United States, nursing transformed from a skill all women were expected to possess and practice for their families and communities into a profession with specialized education and credentialing. This shift was beset by the racial and class politics of the age and bound up with the movement for women’s education.

Nightingale’s legacy in popular telling elides the complexity in which modern nursing was forged, as well as the stories of women like Mary Mahoney, whose career was intricately tied to the cultural and political tides of the new profession. Mahoney was the first Black woman to graduate from an American nursing school, an event that marked a turning point in nursing history when, in the 1870s, nursing schools began to racially integrate. Mahoney’s journey through the rigors of a changing nursing education system opened the way for more Black women to follow her into paid careers as nurses.

Like Nightingale, anthropologist Margaret Mead has risen to the apex of her field, a towering figure with an impressive public platform in the 20th century. But Mead, trained at Columbia University, also belonged to a tradition of colonial anthropological inquiry that launched the careers of scholars on the exploitation of Indigenous people around the world. Who we hear about much less are the women anthropologists and archaeologists from those exploited communities who, without university training, presented new ways of telling the stories of their past.

Before Mead broke onto the scene in 1928 with Coming of Age in Samoa, self-trained Mexican-American archaeologist and anthropologist Zelia Nuttall was dedicating her life to reviving the rituals and rich cultural history of ancient peoples that had been eradicated by Spanish conquest. She recovered Aztec artifacts, forgotten and collecting dust, in European libraries; she successfully advocated for reinstituting observation of the Aztec New Year; and most importantly, she challenged the scientific community, and the world, to see Indigenous communities as, Nuttall wrote, so much more than “bloodthirsty savages, having nothing in common with civilized humanity.” Working outside the norms of a colonial science, Nuttall turned the tools of the field against itself thereby challenging the salacious narratives that Euro-Americans had told to justify their colonization

Working concurrently with Mead was Bertha Parker, another self-trained archaeologist and anthropologist. Born of Abenaki and Seneca descent, Parker shaped her career during a time when American anthropology was trying to salvage the “authentic Indian,” as forced re-education and sterilization programs threatened to suppress Native American life and culture. As objects of study for white anthropologists, Native Americans, despite being cherished informants, had little say in how their stories were recorded.

But Parker, working within and against this Western tradition, worked in partnership with the communities she visited and often published her research alongside her interlocutors as co-authors. She gave name and offered visibility to those who were so often shrouded in anonymity and exploitation. Parker made space for Native Americans to tell their own stories.

When popular histories focus on university trained scientists like Mead, or the canonized founding foremothers like Nightingale, they not only overlook other extraordinary figures, but perpetuate an incomplete image of what a scientist should be and look like: university-trained and white; famous and mythologized. Not all women gained access to higher education equally as racial, financial and class discrimination, which persist still today, erected barriers to success. Women working on the margins of institutions have pushed the bounds of scientific inquiry and discovery. When the public re-focuses its gaze on them, we all can change what we think science is and who gets to participate.

A richer, truer history of the women who changed science exists just outside the light cast by its brightest stars. The future of an equitable science for all depends on a deeper understanding of its history, one which sees women not as isolated, anomalous geniuses or as symbols, but as forces of inquiry and discovery that have so profoundly shaped our world.

Leila McNeill is an American writer, editor, and historian of science. She is an Affiliate Fellow in the History of Science at the University of Oklahoma and the co-founder and co-editor in chief of Lady Science magazine. She has been a columnist for Smithsonian magazine and BBC Future, and she has been published by The Atlantic, The Baffler, JSTOR Daily, among others.

Anna Reser is an American historian of science and technology. She holds a PhD in the history of science, technology and medicine from the University of Oklahoma. She is the co-founder and co-editor in chief of Lady Science magazine, and her writing has appeared in The Atlantic, Real Life, StarTrek.com, Technology’s Stories and more.