Dava Newman’s light blue eyes gleam as she regards a model of the most powerful rocket ever to come off a NASA drawing board. She places it on the coffee table in her stately sun-filled office at the agency’s headquarters in Washington, D.C. “Orion’s this little part on the top. All the rest is the heavy lift launch system,” she adds with a chuckle.

The 18-inch-tall white plastic spacecraft model looks like something you might find in a hobby store, but it embodies the nation’s greatest ambitions: Orion is the capsule that, if all goes according to plan, will take four people to Mars in the 2030s. It sits on a massive new rocket, known formally as the Space Launch System. In its initial iteration, the SLS will be 322 feet tall and 15 percent more powerful than the Saturn V rocket, which powered the Apollo missions to the Moon.

The reality of traveling 250 million miles is still so mind-blowing that it makes even one of the officials tasked with getting us there almost giddy. But NASA is already deep into the engineering phase of how to get to the Red Planet. “We’re living it,” says Newman, who was a professor of astronautics and engineering systems at MIT before she became NASA’s deputy administrator a year ago. “That’s what the future is. It’s now for us.”

In an interview at her office, Newman talked about what the agency officially calls the Journey to Mars. She allowed that a great deal of R&D has been achieved, what with 15 years of experience aboard the International Space Station. “That’s been hugely important, because we’re studying astronaut performance,” she says. Yet there’s no denying that living aboard the space station is only a beginning, given that the orbiting habitat, a few hundred miles away, is, in space-exploration terms, “Earth-reliant.”

Just over the horizon, though, is the next big step into “cislunar space,” the area between Earth and the Moon, which is some 239,000 miles away. “You’re still Earth-reliant, but you’re in deep space,” Newman says. “We call that the Proving Ground,” because the journeys will be farther and last longer, and the technologies will have to get more and more sophisticated. “That’s the game-changer.” In 2018, NASA hopes to launch the SLS and Orion together for the first time, though the capsule won’t carry any people for Exploration Mission-1, a three-week trip that will take the spacecraft 40,000 miles beyond the Moon and back to Earth. Exploration Mission-2, when astronauts will travel into deep space in the Orion capsule, is slated for the 2020s.

Among the countless tech challenges that must be met before people can safely go to Mars (and back) is that of protecting astronauts from both cosmic and solar radiation, which in deep space are more potent and thus more harmful than what they encounter even over long periods aboard the space station. So researchers are designing new radiation-shielding spacesuits (Newman herself achieved a measure of geek fame for designing a new spacesuit before joining NASA) and habitats. Another problem way out there, of course, is the lack of stations in deep space, so the agency hopes to develop a solar electric propulsion system for deep-space flight.

If there’s a job that sounds more science fictiony than that, perhaps it’s manhandling an asteroid, a chore that, NASA insists, will yield useful new information about docking spacecraft, collecting extraterrestrial samples and moving multi-ton objects in space. This September, the agency is scheduled to launch a robotic spacecraft, OSIRIS-REx, which will fly to within a few miles of a near-Earth asteroid named Bennu, map it for several months and then get close enough to extend a robotic arm to gather a few ounces of surface material, which the craft will return to Earth by 2023. That sample is expected to contain new clues to planet formation and the potential impact of asteroids on Earth, but Newman also notes that “robotic capability is critical to the future and our whole Journey to Mars.”

A subsequent mission, scheduled for late 2021, might remind movie buffs of Armageddon, the 1998 disaster thriller: A robotic spacecraft will make contact with an asteroid, possibly one named 2008 EV5; remove a boulder weighing more than ten tons; and maneuver the boulder to the Moon’s orbit. An astronaut crew will fly to the boulder and collect samples for examination on Earth.

By the 2030s, Newman says, NASA should be poised. “We’ll get to Martian orbit first, safe to say,” she suggests, or perhaps to a Martian moon, “and then the absolute goal is boots on Mars.” For such a voyage, measured in years, astronauts will have to become Earth-independent, devising ways to make fuel, water, oxygen and building materials with whatever resources the Red Planet offers. If that seems as fantastical as Matt Damon growing potatoes in The Martian, Newman shrugs: Astronauts have dined on lettuce and peppers grown aboard the space station.

“Successful exploration in human history—that’s how it’s been accomplished,” she said. “You take what you can with you, but you have to make things and be self-sustaining.” 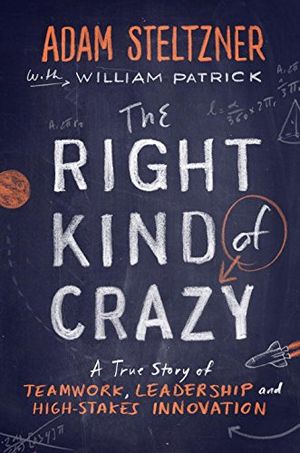 The Right Kind of Crazy