Maybe it was the late hour. Or maybe I was just hungry. But as I stared at my tablet, the mass of neurons looked like nothing so much as leftover spaghetti stuffed into a Tupperware container.

My task was to trace one single strand as it wended its way through a space packed solid with them, ducking behind other strands and reappearing where you’d least expect it. As I picked out the pieces that belonged to my neuron, points racked up. The goal? To help scientists solve a puzzle that has proved maddeningly tricky: to understand how the retina is wired, how the eye sees all it does.

I was playing EyeWire, an online “scientific discovery game.” But it’s not some slick exercise in infotainment—it’s real research. A growing community of scientists and engineers is borrowing the elements that make video or computer games so addictive—rewards, points, leaderboards and online collaboration—to enlist thousands of players to solve legitimate scientific mysteries. This approach has the potential to be “the future of scientific discovery,” says computer engineer Seth Cooper of the University of Washington, a pioneer in the field and co-creator of Foldit, a game designed to better understand proteins.

This playful approach to doing science is part of a larger trend, what has become known as the gamification of life. According to its advocates—the best known being Jane McGon­igal, game designer and author of the 2011 book Reality Is Broken: Why Games Make Us Better and How They Can Change the World—games can effectively address social and even personal challenges, from crafting better immigration policy to encouraging safe sex to strengthening emotional resilience.

Though gamification has been hailed as the new new thing, the range of its reach is not yet clear. McGonigal’s game Superbetter, intended to help users recover from illness and injury, is in clinical trials. And let others debate whether playing the Migrant Trail deepens one’s compassion for undocumented immigrants enough to spur public policy changes.

Scientific discovery games, though, are already proving themselves. Take Foldit. This online game asks you to determine the 3-D shape of a protein, knowledge crucial to understanding how it works. Entire armies of biochemists and computers have failed to find a straightforward recipe for folding any sequence of amino acids into a protein. So there I sat at my computer one rainy Sunday, dragging models of amino acids with my mouse and clicking commands such as “wiggle” and “shake” with the determination of a gamer rescuing an imaginary princess.

Big pharma probably shouldn’t hire me as a protein chemist, but other Foldit players (there are some 350,000) have determined the structure of a monkey virus protease, an enzyme that plays a key role in the simian equivalent of AIDS and that may lead to new drugs for humans. They did it in a few weeks, earning author credits on a 2011 paper in Nature Structural & Molecular Biology. The protein, Cooper says, “had stumped biochemists for a decade.”

In a game called EteRNA, I moved around the building blocks of RNA to create molecules that nature never thought of and was rewarded with graphics of trophies and light beams. In Nanocrafter, I attached strands of DNA like Legos into molecules seemingly able to walk, at least as judged by the software. If such hypothetical compounds were synthesized in a lab and were capable of crawling through the body, they might, for example, deliver drugs right where they’re needed, Cooper says.

Of the games I tried, the most purely spatial was EyeWire, created by MIT neuroscientist Sebastian Seung. EyeWirers have mapped more than 100 neurons in the mouse retina, and 2,183 of the gamers contributed to a Nature paper in May explaining how neurons track direction of movement across the visual field.

Despite the game’s reliance on computer power, EyeWire has been successful for a different reason—brainpower. It taps our powers of pattern recognition, spatial processing, insight and creativity. The same is true for the other scientific discovery games I played. Turns out people are good at sensing when a molecule on the surface of a protein model actually belongs inside it, and we’ll happily disassemble and rebuild the protein, making a structure worse before we make it better.

It’s this tinkering approach, this trial and error, that is the basis of play. Beginning when we could hold a rattle, we all learned to solve problems by playing with them. Only now we can all play and contribute to science, too. 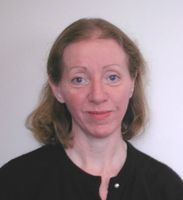 Sharon Begley is the senior health and science correspondent at Reuters and former science editor at Newsweek. Begley is the author of Train Your Mind, Change Your Brain, and co-author of The Mind and the Brain and The Emotional Life of Your Brain.