From unlocking a phone to solving a homicide, fingerprints are often used in daily life to differentiate between individuals. Every human has a unique series of ridges at the tip of each digit that serves as a biometric identifier, or a measurement that can be used to distinguish between individuals. But what physical characteristics distinguish other animals from each other?

In the past, researchers have relied on externally imposed methods of identifying individual animals, such as leg or arm bands, collars, toe clipping, ear notching, brands or tattoos. Such methods are often invasive and can alter behavior, injure the animals or increase susceptibility to predators by impeding movement or camouflage.

Within the past decade, biologists have developed new high-tech ways of using animals’ unique features to differentiate between individuals with minimal physical interference. Researchers are starting to rely on a combination of biometric technologies and animals’ unique characteristics to remove the need for invasive or disruptive tagging techniques, allowing conservationists to monitor individuals without putting undue stress on the animals.

Scientists aren’t certain exactly why zebras have stripes, but they surmise the markings could serve as camouflage, a natural sunscreen or even a pest repellant. The stripes also serve a different purpose for researchers: Each zebra has a unique configuration of stripes, which allows conservationists to keep track of zebra populations without physically tagging the animals.

In 2011 a joint project between Princeton University and the University of Illinois at Chicago created StripeSpotter, a free, open-source computer program to identify the animals in the wild. The software converts digital photos of zebra’s flanks into a series of horizontal, black-and-white pixelated bands, which creates a unique “StripeCode” for each animal, similar to a barcode. The software is currently being used to build a zebra-print database for plains and endangered Grevy’s zebras in Kenya.

Rodents used in labs have traditionally been marked with tattoos, ear clips or implants, but recent research illuminates a potential alternative that is more efficient, cost-effective and minimizes pain for the animals.

A study published in 2007 in the journal Lab Animal details a proposed switch to biometric identifiers rather than physical tags. Scientists can keep track of their furry test subjects by photographing unique patterns of blood vessels in the rodents’ ears. Though potentially invaluable in research labs, this technology is still experimental—the algorithm will occasionally mistake patterns in fur or distortion from folded ears as veins.

In 1921 farmers discovered that when they covered the muzzles of their cattle with ink and pressed the noses onto paper, the resulting images were as unique as human fingerprints. Cows have a series of glands under the skin between their upper lips and the tips of their nostrils that creates a pattern of ridges distinct to each individual.

Creating nose-prints is less invasive than typical ear-tagging or branding methods, but the method is time-consuming and difficult to put into use on a large scale. But in 2015, Egyptian scientists at Beni-Suef University created a computer-based technique using algorithms rather than ink and paper to detect distinct features in bovine muzzles.

In a 2017 issue of Journal Mammalogy, U.S. Forest Service scientist Sybil Amelon and colleagues at the University of Missouri outline a solution to an issue that has stumped scientists for decades: how to non-invasively tag individual bats.

Until now, scientists have been almost entirely dependent on bands for tagging the 44 species of bats in U.S. and Canada, but Amelon and her team have found a better way. By examining patterns of collagen-elastin bundles on the bats’ fibrous wings, scientists can differentiate between individuals without having to capture and tag the animals.

The researchers were successful using wing collagen as an identifier in multiple species of bats, analyzing wings of little brown bats, northern long ear bats, big brown bats and tricolor bats. The system is highly effective, with a 96 percent success rate even when identifying bats with wings damaged by fungus.

A technology typically used for catching shoplifters and detecting passport fraud is now being used to study endangered lemurs in Madagascar. A team of lemur experts and computer scientists at Michigan State University created a database, LemurFaceID, that modifies human facial recognition software to serve the lemur population.

Published in a paper in 2017, the software breaks down lemur facial characteristics to the pixel, allowing researchers to create a database of lemur faces to use while tracking the endangered animals’ population changes. Scientists say LemurFaceID could likely be modified to identify other primates facing extinction, greatly assisting conservation efforts.

Koalas and humans have similar fingerprints, but researchers prefer another method of tracking the marsupials—by examining patterns of pigmentation on their noses. Coloration on the marsupials’ large, leathery noses has been used as a method of identification for the past 16 years. The monitoring technique is useful in conservation efforts, as it does not require researchers to actively capture and individually tag the animals.

According to National Conservation and Managing Strategy reports, the koala population has dropped 43 percent since 1990, and the species is declared “vulnerable” in Queensland, New South Wales and Australia Capital Territory. Identifying the marsupials by nose pigmentation patterns also allows the public to assist in conservation efforts. Anyone who spots a koala in the wild can snap a photo and help provide data on the whereabouts of individuals. 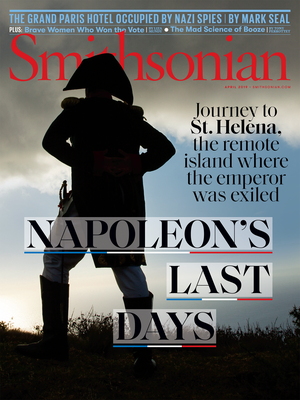 Anna White is an editorial intern with Smithsonian Magazine. She was born and raised in Seattle, Washington, and will graduate from Northwestern’s Medill School of Journalism in March 2019.