It often seems that good news about primates—and especially gorillas—is hard to come by. Last year, we reported the sad story of the endangered mountain gorillas of Congo’s Virunga National Park (Guerillas in their Midst), where several of the animals had been massacred. Later, rebel forces overtook the park, and even now much of the park, and the gorillas, remain off limits to the park’s rangers.

This week’s good news should put a smile on anyone’s face, though: a census of western lowland gorillas in Congo, released yesterday at the International Primatological Society Congress, found more than 125,000 in the northern part of the country, or what Steven Sanderson, the president of the Wildlife Conservation Society, calls “the mother lode of gorillas.”

Western lowland gorillas are found in seven central African nations, and estimates from the 1980s had numbered them at fewer than 100,000. With gorillas being lost to hunting, habitat destruction and the spread of Ebola, scientists had thought they would find that the population had been halved. Instead, they found population densities as high as 21 gorillas per square mile, some of the highest ever recorded.

What was the secret of Congo’s success? The researchers cite the remoteness of some of the gorillas’ homes—such as the 6,000 who live in an isolated raffia swamp—a habitat full of food, and Congo’s management of protected areas. Not all of the gorillas live in protected areas, though, and the government of Congo is currently considering protecting more of them with the creation of a new national park.

But the primate conference also brings us bad news. The International Union for Conservation of Nature, the organization responsible for the Red List of Threatened Species, released a comprehensive review of 634 primate species and subspecies and found that nearly half are in danger of extinction (defined as vulnerable, endangered or critically endangered). The situation is worst in Asia, where more than 70 percent of primates are threatened. The IUCN cites habitat destruction as the major threat, with others including hunting of the animals for food and the illegal wildlife trade.

The mountain gorillas might have been a sorely needed bright spot in this report. Researchers had been considering reclassifying them to endangered from critically endangered. However, they had to delay those plans due to the gorilla killings and ongoing violence in the region. 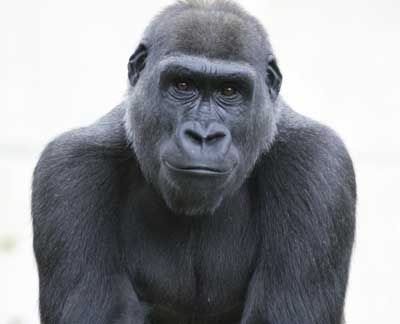