Sometimes the way to crack a tough scientific problem is to put on a King Kong suit and let the camera roll. At least that’s what worked for psychologists who set out to study the mind-reading abilities of great apes. Their new research, published in Science, shows for the first time that apes can predict the behavior of an animal that is mistaken or deceived—an ability long thought to be unique to humans.

For nearly four decades, researchers have debated whether great apes, which are the primates most closely related to humans and include the gorillas and chimpanzees, are aware of others’ desires and intentions—a concept called “theory of mind.” The strongest argument against the apes understanding this concept as humans do is that they have consistently failed a classic test to detect theory of mind in children.

In a typical version of the experiment, a child watches someone hide a marble in a box and then leave the room. A second person comes in and moves the marble. The first person returns. Can the child say where the first person will look for the marble? If she says “the first box,” she has successfully grasped the other person’s point of view, even if it’s mistaken.

Adapting the same test to apes, most researchers have replaced locate-the-marble with a hunt for treats, such as grapes. But Christopher Krupenye, a psychologist at the Max Planck Institute for Evolutionary Anthropology, wondered if the animals were flunking the test because its design was too complicated—and the apes couldn’t resist the snack.

Enter the King Kong suit, which Krupenye calls a “last-ditch attempt” to get to the bottom of the ape mind. Krupenye and Fumihiro Kano, a psychologist at Kyoto University in Japan, filmed several Chaplinesque movies that mimicked the marble scenario. Then they screened them in an easily accessible “home entertainment center” in the apes’ dormitory. Eventually, 19 chimpanzees, 14 bonobos and 7 orangutans watched the shorts. The big crowd pleaser? A film in which a graduate student wearing the ape costume sneaks up behind a scientist, whacks him with a stick, then hides inside one of two large hay bales. The man stomps off; while he’s away, Kong leaves. Soon the man returns, with his own stick, and walks to the bales to get his revenge.

As the apes watched, an infrared tracking device monitored their eye movements. At the critical moment before the man decided which hay bale to strike, 20 of the apes looked to where Kong had originally been hiding and ten looked at the wrong one, giving them a 67 percent accuracy rate—enough to earn a passing grade. (Another 10 apes didn’t look at either hay bale, so were left out of the calculations.) “To find evidence that [the apes] could succeed was quite surprising,” Krupenye says, and argues that they were indeed able to anticipate the man’s error.

Such nuanced understanding is the key to behaviors such as lying, cheating, making art and telling stories—things that humans typically consider, well, human. In fact, a theory of mind was essential to creating these King Kong films, Krupenye says: “We’re not Juilliard-trained performers, but we did our best.” 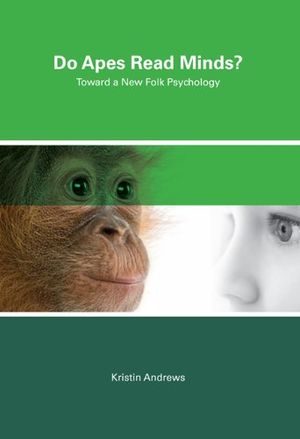