Earth is a big topic, and getting a handle on our planet's complexity and variability can seem daunting. So we asked geologist Robert M. Hazen to select five great books that he thinks offer compelling insights into the brilliant "blue marble" we call home. Here's what he recommends:

Our planet’s epic story possesses power, poetry and a lot of important details, so my five books span genres. Charles Lyell’s Principles of Geology and John Grotzinger and Tom Jordan’s Understanding Earth are elegant, accessible textbooks written almost two centuries apart. Andy Knoll’s Life on a Young Planet and David Beerling’s The Emerald Planet celebrate the 4-billion-year co-evolution of Earth and life from the perspective of paleontology. Finally, John McPhee’s rhapsodic Annals of the Former World provides a poetic tribute to our dynamic home and the geologists who devote their lives to its study.

Though published more than 180 years ago, Lyell’s Principles is a masterful argument for the veracity of deep time. Drawing on his skills as a lawyer as much as his scientific perceptions, Lyell lays out the case for the power of gradual processes operating over vast expanses of time to change the face of our planet. His lucid, compelling case that “the present is key to the past” greatly influenced many subsequent discoveries, including Charles Darwin’s theory of evolution. Principles of Geology (Penguin Classics) [Charles Lyell, James A. Secord] on Amazon.com. *FREE* shipping on qualifying offers. One of the key works in the nineteenth-century battle between science and Scripture, Charles Lyell's Principles of Geology (1830-33) sought to explain the geological state of the modern Earth by considering the long-term effects of observable natural phenomena.

At their very best, textbooks synthesize knowledge in new, informative ways. Understanding Earth is a classic, covering the basics of geology, geophysics and environmental science with stylish prose, classy illustrations and the insights of two great scientist educators (earlier editions were championed by Frank Press and Ray Siever, who began the franchise). It’s a whirlwind tour of the modern science, from the microscopic view of rocks and minerals to the global sweep of plate tectonics. 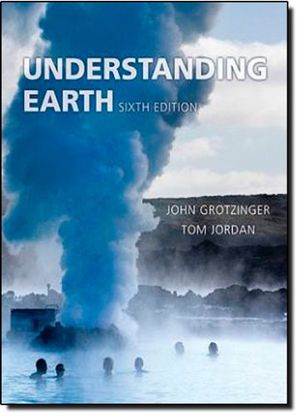 Life on a Young Planet: The First Three Billion Years of Evolution on Earth, by Andrew H. Knoll (2003)

Harvard geobiologist Knoll vividly captures the dynamic field of Precambrian paleontology in this unique, zippy read. Personalities—both fossils and the people who study them—come alive as Knoll races across the eons. With episodes from life’s enigmatic origins, to scrappy contentious black smudges that might or might not be the remains of cells to some of the most exquisite and revealing microfossils on Earth, Life on a Young Planet takes its readers on a unique journey. All of us have a vision of what it means to be a vibrant, blue-and-green “Earth-like planet.” But our home has fit that familiar description for only the past 400 million years or so—a mere 8 percent of its changeable history. Beerling’s revealing Emerald Planet tells the surprising tale of the rise of the terrestrial biosphere, as plants ever so gradually established their foothold on dry land and became a major geological force. Who would have thought that roots and leaves hold such drama, but our existence and survival are intimately tied to those transformative innovations. New Yorker writer McPhee captures the romance and drama of geology like no other. His Annals, written over two decades as he traveled the breadth of North America in the company of articulate, passionate geologists, is unique in the literature of science. OK, I admit that this is a bit of a cheat, as Annals collates four of McPhee’s earlier books from 1981 to 1993 into a single massive tome. But what mastery! Savor every page. 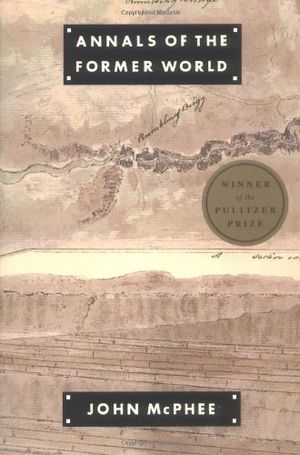 Annals of the Former World

Annals of the Former World [John McPhee] on Amazon.com. *FREE* shipping on qualifying offers. The Pulitzer Prize-winning view of the continent, across the fortieth parallel and down through 4.6 billion years Twenty years ago

Robert M. Hazen is a senior staff scientist at the Carnegie Institution of Washington’s Geophysical Laboratory and the Clarence Robinson Professor of Earth Science at George Mason University. He received his B.S. and S.M. in geology at the Massachusetts Institute of Technology and his Ph.D. in Earth science at Harvard University. His most recent book is The Story of Earth: The First 4.5 Billion Years from Stardust to Living Planet (Viking-Penguin, 2012), which explores the intricate co-evolution of the geosphere and biosphere.