Can Scientists Save the World’s Tiniest Rabbit?

In Washington State, the race is on to save a diminutive bunny as wildfires threaten its already shrinking habitat 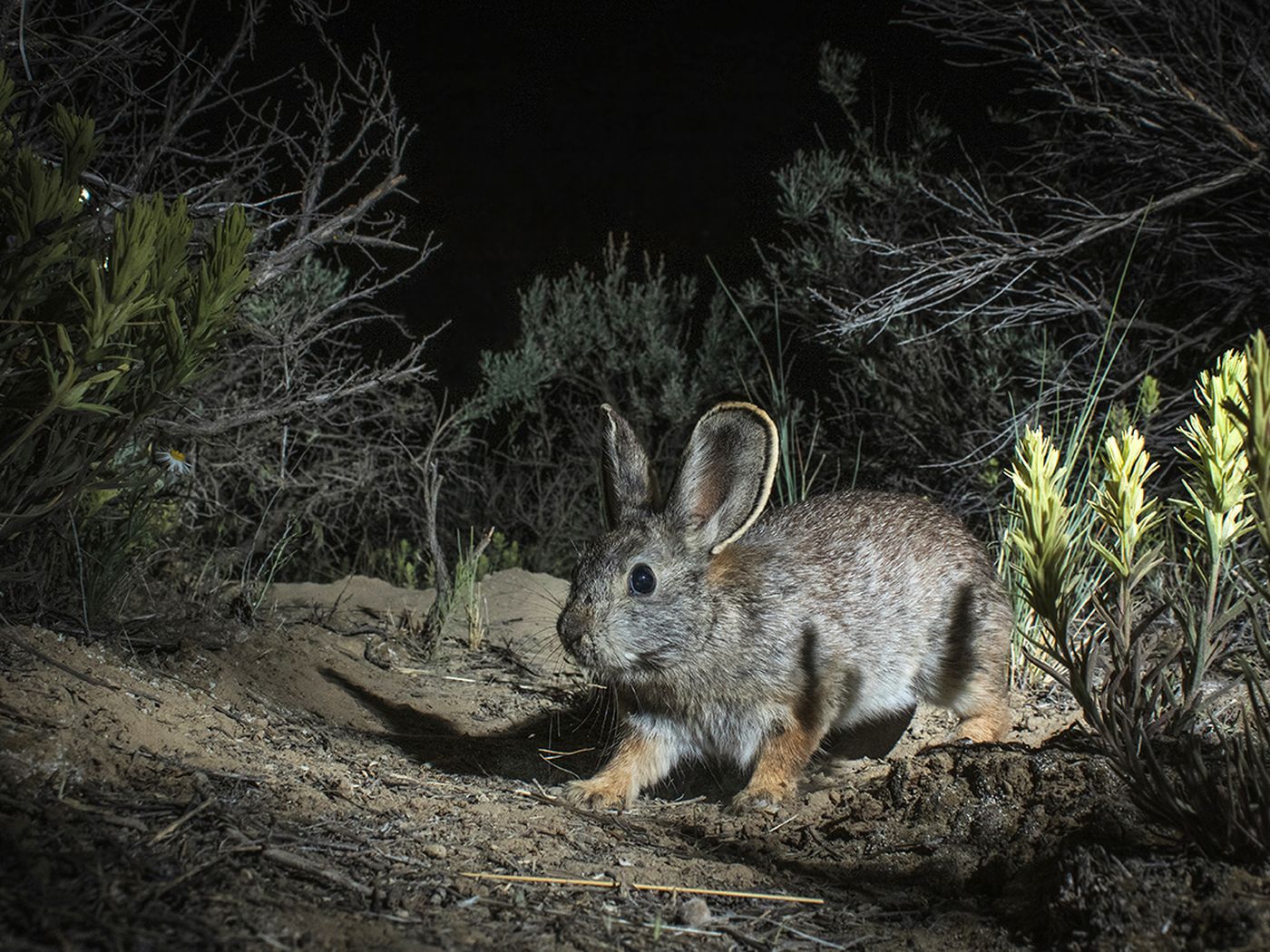 The Columbia Basin pygmy rabbit relies on sagebrush for food and shelter, but the shrub has nearly disappeared. It's also slow to regrow: it takes about two decades, or ten pygmy rabbit lifetimes.

The world’s tiniest rabbit is roughly the size of a softball—a very, very soft softball. An adult weighs less than a pound.

These little bunnies abound in the scrublands of the American West, but one population, known as the Columbia Basin pygmy rabbit, long ago colonized what is now central Washington, happily munching away at a smallish patch of fragrant sagebrush steppe for thousands of years.

Every last inch of a pygmy rabbit is built for sagebrush. The enzymes in its gut evolved to neutralize the plant’s toxins and maximize digestion, and it tunnels elaborately beneath the sagebrush’s roots. It even forfeited its archetypal cotton tail, and thus blends in with the gray-green bushes.

“I don’t think people realize how close we are to extinction,” says Jon Gallie, the Washington State biologist charged with bringing back the federally endangered population. “They barely live two years. If you have two bad years, you are almost done.”

And then there are the wildfires, fueled by the invasive cheatgrass that takes hold in sagebrush’s absence. A single fire in 2020 killed more than 40 percent of remaining Columbia Basin pygmy rabbits and turned a huge swath of their already shrinking habitat into a moonscape.

One way to cope with an ever-crueler world is to produce tougher bunnies. Their multi-acre breeding pens used to be tricked out with feeding stations and artificial burrows, but many juvenile rabbits released into the wild soon died. So Gallie recently eliminated such luxuries. The hope is that rough-and-ready rabbits will fare better. Washington State officials are working with local ranchers to identify new habitat in which to release rabbits born in captivity. The ideal sagebrush spread is about 250 square miles, to allow future generations to fan out. “That seems like a pretty big footprint,” Gallie says—particularly for an animal with paws the size of pennies. But if these minute mammals are going to bounce back, it’s just the first step.

Photographer Morgan Heim, based in Oregon, specializes in conservation stories.