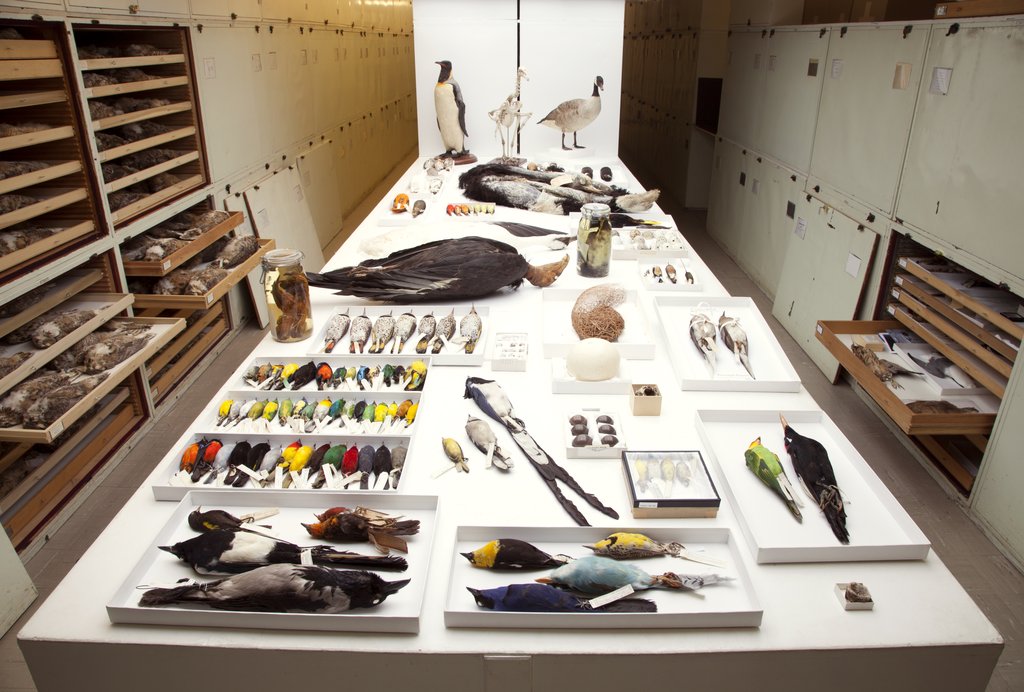 The Bird Division of the Natural History Museum is a feathery catacombs. Filing cabinets full of more than 640,000 study skins, mounted birds, skeletons and nests and eggs fill the temperature-controlled room and out at the Museum Support Center in Suitland, Maryland. More than 200 researchers call the division home each year as they study biogeography, evolution, systematics, taxonomy, paleontology, and ecology of birds. They have researched how vultures eat carrion without becoming sick and the effects of DDT on the eggshell thickness of several species, including Peregrine falcons, brown pelicans, ospreys, and bald eagles.

In her collections, museum specialist Christina Gebhard can count birds collected by Charles Darwin, John James Audubon and the division’s founding father and Smithsonian Secretary Spencer F. Baird (sadly, pronounced Bahyrd and not Bird). There are species types, the exemplar bird used to describe new species as well as extinct birds like the Carolina Parakeet. There are rows upon rows of black birds and even an ostrich from the National Zoo first gifted by Emperor Menelik of Ethiopia to the President Roosevelt in 1904.

Once a year, the collection is inspected for bug infestations to keep the birds fresh. Gebhard says they used to fumigate and preserve the birds with arsenic before they knew the potential hazards. Even then, Gebhard says, “Many an ornithologist has gone their whole lives working with arsenic and lived to a ripe, old age.”

Gebhard helps manage and organize what is the third largest collection of avian specimens in the world and she showed us around her office for a look behind the scenes.