Want to ask a biologist a galling question? Hereâs one theyâre always stumbling over: Why are there so many kinds of species? How did we wind up in a world that has, for example, 17 distinct kinds of penguin and 1,200 species of gecko--not to mention 60,000 weevils, for crying out loud? 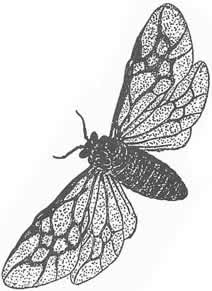 A group of Finnish scientists recently chipped away at this question by looking at actual galls--those misshapen, fleshy bumps that grow on plant leaves and stems, each of which contains an insect larva trying to grow up. (The research was published yesterday in the open-access journal BMC Biology.)

After carefully inspecting some 20 species of the willow tree, the researchers found galls made by 43 different species of sawfly (a kind of wasp). Each one made a slightly different shaped gall carefully situated somewhere on the stems, buds or leaves.

You might be forgiven for thinking one gall-making sawfly was enough to do the trick, so why 43? One reason is enemies: those sawflies are inside the galls in the first place to avoid becoming the juicy meal of a battalion of smaller insects. These sawfly enemies (the technical term is âparasitoidsâ?) number another 100 species of beetles, moths, wasps and other insects.

Through DNA analyses, the researchers traced the sawflies and their enemies through more than six million years of evolution. Their results suggest a long, slow-motion chase scene in which sawflies started out snug and happy in leaf galls. Then, as their enemies learned how to get inside, some of the sawflies moved their hideouts to leaf edges, then down the stem and eventually onto the branches. With each move, they earned themselves a million years or so of breathing room before the enemies came knocking again.

Each location change meant another sawfly species and prompted the evolution of a few more enemy species. Voila: one willow species gives you a dozen or more insect species. Now, why the 20-odd species of willow trees in the first place? Thatâs another galling question.