Take a stroll through French artist Vincent Fournier's gallery of animal photographs, and you're likely to come across some creatures you've never seen before. Like, for instance, a jellyfish that is capable of electronically transmitting data across the Abyssal depths of the ocean. Or, perhaps, a scorpion that can perform semi-automated surgery on humans.

"These creatures come from the future—an imagined future, based loosely on current research on synthetic biology and genetic engineering," says Fournier, of his project Post-Natural History, a series of digitally-altered photos of animals that do not yet exist. "The idea is that these are living species, reprogrammed by mankind to better fit our environment as well as to adapt to new human desires." 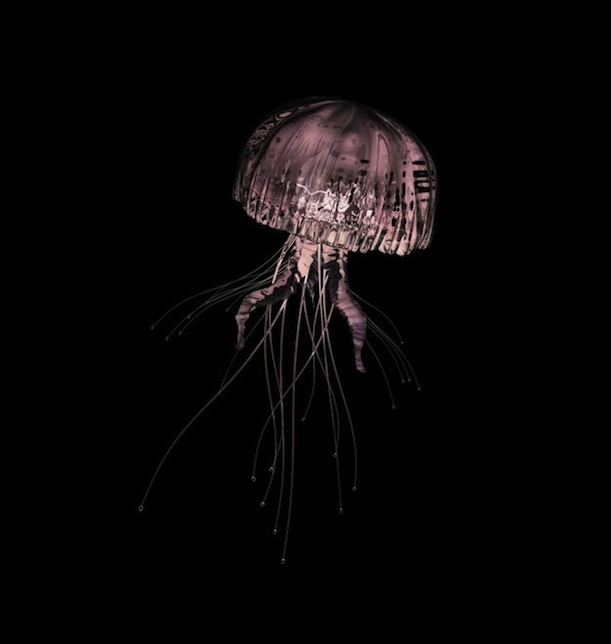 Aurelia exiens, a jellyfish adapted to transmitting data across the ocean floor

Fournier, who's previously worked on photography projects involving robots and space technology, got the idea for Post-Natural History while browsing the specimen collections of the Muséum National d'Histoires Naturelles, in Paris.

"I met a specialist in evolutionary genetics, and we discussed the possibilities of how living species could evolve according to technologies and the changing environment," he says. "And so I became interested in the idea of exaggerating the present in order to create speculative fiction." 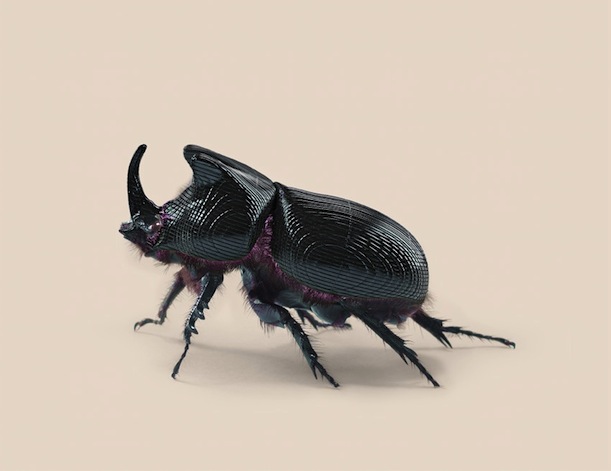 Each of the creations began with Fournier photographing a taxidermically prepared specimen from an actual living species. Then, working with specialists at a 3D imaging laboratory in Brussels, he added fictional adaptations to them, embellishing the creatures with features such as an antenna that transmits GPS data (for the beetle above) or metal legs that can resist extreme temperatures (for the ibis below).

Subtlety is the key. "I didn't want the transformations to be overstated, nothing spectacular," Fournier says. "It could be a gesture, a texture, a detail. Thus, the viewer is not certain whether these species are real or not, or even when and how they were made." 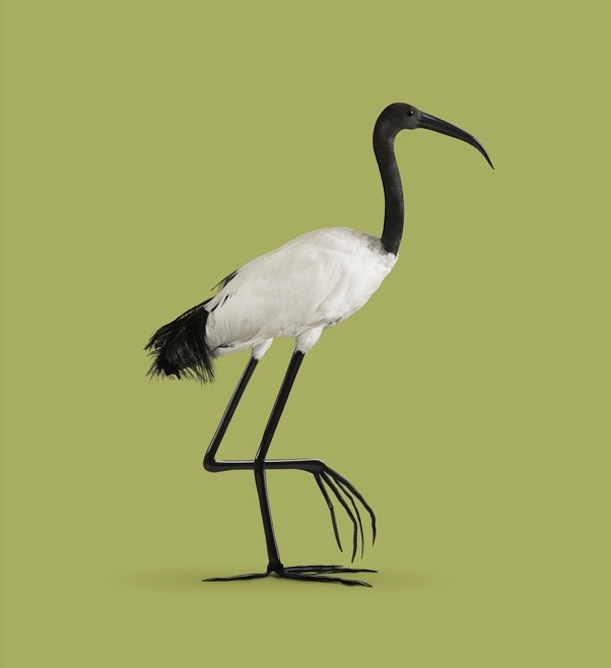 Ibis temperatio, a bird with metal legs for drought and frost resistance

Some of these imagined creatures seem to exist in order to advance human interests—the fish below, for instance, which can serve as a remotely controlled military drone—while others have been engineered to survive in a hotter, more extreme climate of the future. 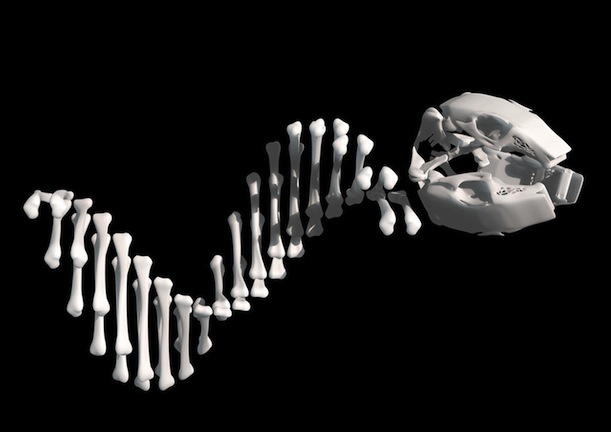 Scorpius exocoetidae, a fish adapted to serve as a "shoot and scoot soldier drone"

Fournier freely admits that his creations aren't the most likely human-engineered species to arise in the future.

"My project is more about questioning the frontier between the living and the artificial in an aesthetic way," he says. "It is the imaginary and fantasy side of science that I am interested in, its fictional and extraordinary potential." 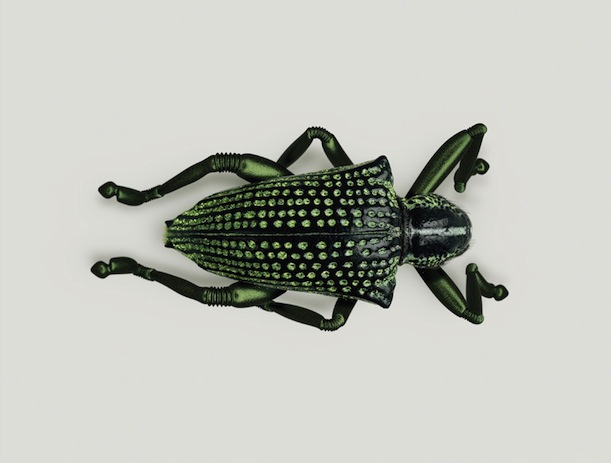 Fournier likens the creations to the items in Renaissance-era "Cabinets of curiosities," which contained extraordinary specimens and artifacts brought back from faraway lands. "It's like a cabinet of curiosity, but with a different approach: The journey goes into time, rather than space," he says. 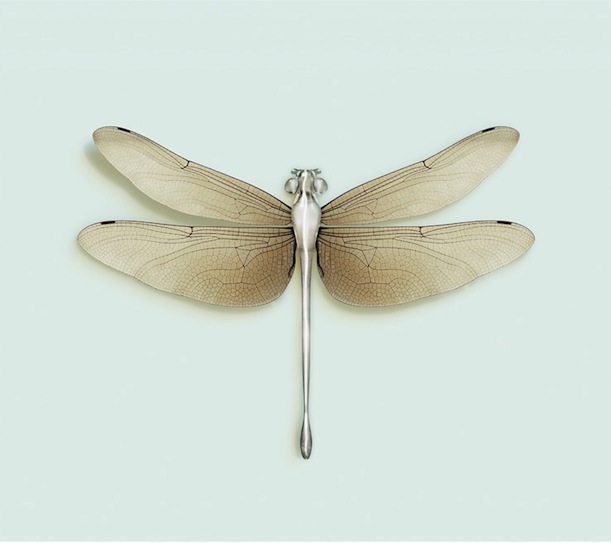 To heighten the unnerving sense of realism of these imagined species, Fournier presented them in the style of a classical encyclopedic illustration, complete with scientific names.

"They have the very strange beauty of things that are both familiar and strange at the same time," he says. "It is usually at the second glance that you realize that things are not what you think they are." 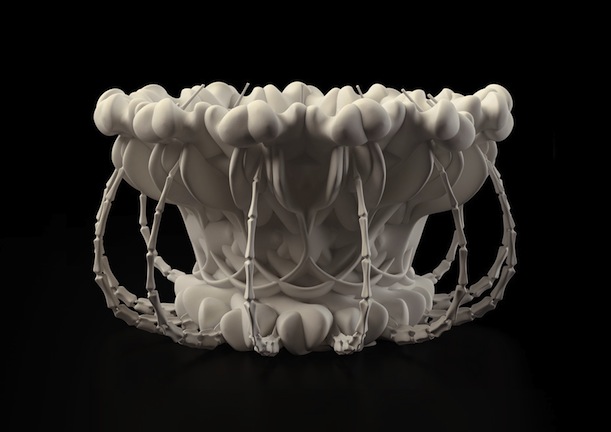 Cyanea machina, a jellyfish drone that self-activates at temperatures above 30°C to transport freshwater from rivers to dry remote agricultural areas