In 1893, Thaddeus Cahill, a Washington-based, 115-pound hyper-metabolic child prodigy whose business instincts matched his scientific acumen, realized that tones generated from an electric dynamo could simulate all of the qualities of instruments such as violins and pianos, and mechanically iron out their defects. He was influenced in his thinking by the German scientist Hermann von Helmholtz, whose 1862 book On The Sensations Of Tone had been translated into English in 1877.

Essentially, von Helmholtz showed that there was more to a musical note than was suggested by the seemingly irreducible black symbol written on a piece of paper; that it was made of component parts—harmonics—that created distinguishable “tone colors,” which were what distinguished different instruments playing the same note. This was vital knowledge to those, like Cahill, who were in the business of devising machines to synthesize sound. It brought music into the realms of science and engineering, opened it up as a potential palette rather than a mere notational system; the technicolor 20th century was at hand. Von Helmholtz himself even constructed a simple “synthesizer” to help illustrate his point. Moreover, with the invention of Alexander Graham Bell's telephone, Cahill envisaged that his instrument would have the power to replace entire orchestras and be broadcast telephonically across the country, bringing classical music and opera to the masses.

The name of Cahill’s instrument would be the Telharmonium, which would go through various versions, with its inner workings ensuring it weighed in at 200 tons. As Reynold Weidenaar wrote in his 1995 study Magic Music From The Telharmonium, “His guiding vision was twofold: a machine that could produce scientifically perfect tones, and absolute control of these tones to a mathematical certainty by mechanical means. Such fine control should allow the player to express all his spellbinding emotion with the surging power and intensity of a violinist — with as little mechanical impediment as possible. The tone should be sustained indefinitely, like an organ, but should yield willingly to the musician's touch with absolute sympathy and sensitivity. The instrument must of course retain the chord capacity of the piano or organ. Thus could the defects of the three great domesticated musical instruments — piano, organ, and violin — be consigned to oblivion.”

All of this would come at a cost, however — $200,000. And so, Cahill and his business partners put on a demonstration for a group of businessmen in Baltimore. He arranged for them to hear a performance of “Handel’s Largo,” played from Washington and broadcast by phone via a horn attached to the receiver. The gambit was successful and they agreed to put up $100,000 as a first installment for the license to distribute Telharmonic performances and construct the first commercial version of the instrument.

News of the Telharmonium spread, even across the Atlantic to Britain’s Lord Kelvin, whose scientific endeavors included an early attempt to determine the age of the planet earth. He invited Cahill to deliver a paper on the subject of the Telharmonium in London. Meanwhile, work began on the huge rotor mechanisms required to develop the instrument and create “tonal pigments” to simulate the sounds of orchestral instruments. Finally, in 1905 the Telharmonium was up and ready to be installed in New York, and for its sound to be broadcast to thousands of hotels, theatres and restaurants across the country. These establishments were only too keen for a musical broadcast system, having had to work with large human orchestras to supply discreet music to their patrons, not always very discreetly or inconspicuously.

Initial feedback and experience of the Telharmonium was mixed. There were complaints that its broadcasts were interfering with the telephone wires used for domestic calls. One man, it was said, had phoned his wife one evening to say he was working late at the office, only for the interfering, Telharmonium strains of “William Tell” to strike up on a crossed wire, convincing his angry spouse that he was making whoopee at some good-time joint. There were complaints too from the musicians about the immense difficulty in playing the instrument’s complex rig of keyboards, despite their supposed labor-saving properties. Meanwhile, orchestral musicians themselves naturally viewed the new machine with great suspicion, regarding it not unreasonably as a device to catapult them onto the breadline. Others found the sounds generated by the Telharmonium a touch . . . synthetic. They missed the authentic rasp of traditional instruments, whose “defects” they regarded as integral to their character.

Others, however, appreciated the unnaturally sweet, sonorous sounds produced by the Telharmonium, as well as being astonished by the sheer fact that they were attending to live sounds being broadcast from many miles away. Mark Twain, on hearing the Telharmonium declared, “The trouble about these beautiful, novel things is that they interfere so with one's arrangements. Every time I see or hear a new wonder like this I have to postpone my death right off. I couldn't possibly leave the world until I have heard this again and again.” The writer Ray Stannard Baker was an early enthusiast for the machine, especially its ability to bring music once the sole province of the wealthy, to everyday people, thereby “democratizing” music the way libraries had books and galleries art. He acknowledged the effect this would have on working musicians but noted as a positive that this would mean fewer strikes; furthermore, those specimens of antiquity who had to scrape a living sawing on bowstrings and parping into wind instruments would in the future have a niche appeal to those who appreciated their olde worlde charm, persisting as candelabras and horses did in the electric light and automobile age. 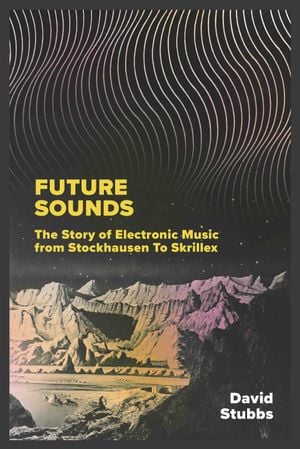 Future Sounds: The Story of Electronic Music from Stockhausen to Skrillex

In FUTURE SOUNDS, David Stubbs charts the evolution of electronic music from the earliest mechanical experiments in the late nineteenth century to the pre-World War I inventions of the Futurist Luigi Russolo, author of the “Art Of Noises” manifesto.

By 1907, however, the Telharmonium was in desperate trouble. Cahill and Co. weren’t reaping anything like enough in terms of revenue to cover their maintenance costs and salaries. "The times are hard, applicant is poor, the expense is burdensome,” groaned Cahill. The arrival of other technologies such as player pianos and Wurlitzers, with the wireless radio also heaving in from the horizon, made the Telharmonium, for which dispensation had been granted to lay its own cable system just a short while earlier, seem very old, obsolete and unwieldy hat. The Telharmonium was a harbinger of the future but its own future was shadowed by a mountain of debt. Bankruptcy followed. The Telharmonium was a dinosaur of the pre-futurist age, laid low by its 200-ton ambitions, high maintenance, immobility and inability to adapt.

In 1916, Edgard Varèse fetched up in America. A future inspiration to Frank Zappa among others, he spent most of his career as a composer awaiting the instruments that would truly articulate the “noise” of the 20th century and the deeper, elemental forces their unleashing signified. He was naturally keen to hear the Telharmonium and made directly for West 56th street to hear the latest version instrument where it was stationed. By this time, however, it was effectively a museum piece. The composer whose music anticipated technologies yet to be invented had the misfortune to arrive in New York in the post-Telharmonium age. He was disappointed by the machine, and perhaps little wonder; sound-wise, its most direct bequest has been the humble Hammond organ. In principle, however, it represented something quite new, quite else and quite vast to come.

Excerpted from FUTURE SOUNDS: The Story of Electronic Music from Stockhausen to Skrillex by David Stubbs. Published with permission from Faber & Faber. Copyright © 2018 by David Stubbs.