It was a moment, just a moment, when everyone seemed to take a break from talking about wars and politics and look up at the sky. On February 11, 2016, major news outlets reported that for the first time, humankind had detected gravitational waves passing by Earth from deepest outer space, an excruciatingly subtle yet profound phenomenon first predicted by Albert Einstein in 1916. The waves came from two black holes that collided 1.3 billion years ago, a cosmic impact that generated ten times more power than the light power of all the stars in the observable universe combined. But the gravitational waves it created faded to a mere wisp as they rippled through space and time. No instrument had ever been able to detect them—until now.

Though the achievement was made possible by more than 1,000 scientists and engineers working for decades, the prime movers were Kip Thorne, Ronald Drever and Barry Barish, all of Caltech; and Rainer Weiss of MIT. To capture their impossibly tiny quarry, they deployed a uniquely vast detector, the $620 million Laser Interferometer Gravitational-Wave Observatory, or LIGO, which has one part in Louisiana and another in Washington State.

Thorne campaigned for the project throughout the 1980s and 1990s in a series of high-profile lectures around the world. Lanky and bearded, he was already a legend in astrophysics—a theorist with a vision so expansive that he’d later help create Hollywood films like Interstellar. When he started his career, many physicists thought gravitational waves themselves were science fiction, despite Einstein’s prediction. In a sharp break from Newtonian physics, Einstein’s general theory of relativity had suggested that gravity generated previously undetected ripples that moved through space-time in a manner much like sound.

Still, Thorne says he believed gravitational waves existed by the time he started his PhD in 1962. Throughout the 1970s, most other scientists came to agree with him, persuaded by airtight mathematical models and thought experiments. The music was out there. They just hadn’t heard it yet.

LIGO, built in the mid-1990s and first activated in 2002, was designed to be exquisitely sensitive to those tiny trills. The observatory comprised two giant L-shaped detectors situated 1,865 miles apart. The distance between them, and the remote location of the two sites, would prevent the two instruments from picking up interference from the same earthly tremor or passing truck. Each detector was made up of two 2.5-mile arms with a laser at the junction, split into two beams, and mirrors on each end. When a gravitational wave passed through the tubes, scientists predicted that it would warp space-time just slightly—about one ten-thousandth the diameter of one proton. That minuscule distortion would be enough to change the length of the tubes and make the laser shine on the detectors.

Editor's Note, February 28, 2017: This article originally referred to the electromagnetic “pull” between two electrons, but "force" is a better word to describe it.

The initial round of LIGO experiments more than a decade ago failed to pick up a signal. But in a grand doubling-down on their initial bet, the researchers convinced the National Science Foundation to spend another $200 million to upgrade LIGO, and by 2015 the work was done. The research team now included more than 1,000 scientists at 90 institutions around the world. Expectations were overwhelming. In August of last year, Weiss told Janna Levin—a Columbia astrophysicist who was writing a book about LIGO called Black Hole Blues and Other Songs from Outer Space— “If we don’t detect black holes, this thing is a failure.”

On Monday, September 14, 2015, a gravitational wave came from somewhere deep in the southern sky. It pinged the instrument in Louisiana before cruising across the United States to ping the instrument in Washington State seven milliseconds later. At 5:51 a.m., LIGO’s equipment finally recorded that tiny chirp.

As Levin put it, LIGO’s great accomplishment was that it added a soundtrack to what had previously been a silent film. Ninety-five percent of the universe is dark, which means it’s beyond the measurement of our most advanced telescopes and radar devices. That faint gravitational wave allowed scientists to detect a pair of black holes for the very first time—and they were much larger than expected. One was 29 times the mass and the other 35 times the mass of the Sun.

When Thorne and Weiss first saw the logs, they worried that hackers had inserted corrupt data into the logs. (Drever was unable to share his response: He'd fallen unwell over the years and was in a care home back in his native Scotland.) It took weeks of investigation before the scientists came to terms with their accomplishment.

On December 26, 2015, LIGO recorded gravitational waves from another black hole merger. The researchers are still at work fine-tuning the instruments, which they say will only get better at measuring far-off cosmic distances.

Detecting black holes, while truly momentous, is just the beginning. Increasingly we’ll discover how much we don’t know. That is the real excitement for Thorne, Weiss and their colleagues. What if dark matter figures into gravity in ways no one has ever considered? If we pick up gravitational waves from just after the Big Bang, what will this teach us about the nature of the universe? Thanks to LIGO, we can now begin to hear the fascinating compositions ringing between the stars, the still-unknown music of what else is out there 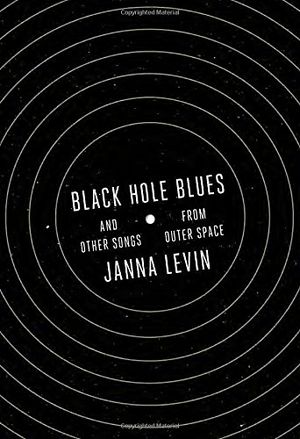 Black Hole Blues and Other Songs From Outer Space