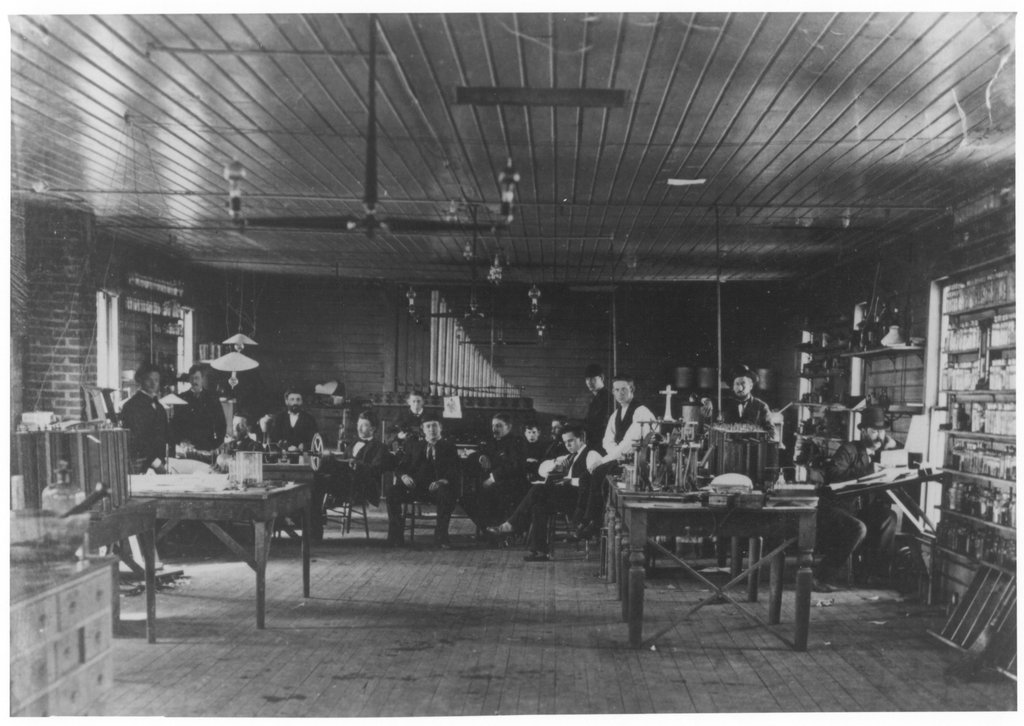 Prolific inventor Thomas Edison sits here in the center of the laboratory where many of his most influential contraptions took shape, including the phonograph and the first practical incandescent light bulb. A shrewd marketer, Edison dubbed these research and development facilities in Menlo Park, New Jersey, “The Invention Factory.”

After 10 years in Menlo Park, Edison abandoned the complex and, in 1887, constructed a larger facility in West Orange, New Jersey, where he would work until his death in 1931.

This 1880 photograph shows the Menlo Park lab. Surrounding Edison in this scene are laboratory assistants, who carried out the many details of Edison’s experiments.

[Correction: We originally, and falsely, stated that this photograph was taken in 1929 and that it depicted a reconstruction of the Menlo Park lab. We also misidentified one of the men pictured as Henry Ford. We apologize for the errors.]