In other words, Lynch might be the last person you’d expect to see promoting inner peace. But over the last decade, he’s spent much of his personal time and money helping low-income families, veterans, homeless people and other high-stress groups learn Transcendental Meditation. This past year, the University of Chicago’s Crime Lab began a major multiyear study of Quiet Time, the David Lynch Foundation’s school meditation program. With 6,800 subjects in Chicago and New York, it’s one of the largest randomized controlled studies ever conducted on meditation for children.

Lynch’s own childhood was fairly stress-free. He grew up partly in Boise, Idaho, where he spent his free time playing in mud puddles and watching ants climb up tree trunks. His parents nurtured his artistic talent. “It was as if there was just a foundation of love,” he reflects in David Lynch: The Art Life, a documentary that recently premiered at the Venice Film Festival. He became a serious painter in high school, and in his mid-20s, he received a grant to make his first film, Eraserhead.

That’s when Lynch began struggling with anger and depression. He uses a very Lynchian metaphor to describe what it felt like: “a suffocating rubber clown suit of negativity.” It was 1973, a few years after the Beatles returned from their famous sojourn in Rishikesh, and Lynch’s younger sister suggested he follow their lead and learn Transcendental Meditation. The first time he meditated, he recalls, that oppressive second skin started to dissolve. “Down within I went,” he told me. “It was so beautiful, so profoundly beautiful. I said, ‘Where has this experience been?’”

Lynch has meditated daily ever since, and in 2005, he created the David Lynch Foundation, which has sponsored meditation programs for half a million children in places as far-flung as Congo, South America and the West Bank. (Much of the money has come from fund-raising events headlined by stars like Katy Perry, Jerry Seinfeld, Louis C.K. and Sting.) The technique is different from mindfulness, an umbrella term that can describe anything from breathing to guided visualization to drawing exercises. People who learn TM (as I did at the age of 10) are given a mantra, or sound, and a specific technique for using it. You repeat the mantra and, if all goes well, your mind settles down into a deep, expansive silence.

The fact that TM is a distinct technique, taught the same way everywhere, appealed to the University of Chicago Crime Lab. “This intervention has such simple ingredients,” says Aurelie Ouss, a postdoctoral fellow at the Crime Lab. “You just close your eyes and meditate.” The Crime Lab reviewed reports of reduced school violence and increased student happiness coming out of Quiet Time schools in New York, Detroit, San Francisco, Los Angeles and Washington, D.C.

Still, even the most glowing anecdotes don’t qualify as solid evidence. “I’m not reflexively dismissive of touchy-feely or Kumbaya,” says Robert Pondiscio, a senior fellow at the Fordham Institute. “But there’s a tendency in education to take any kind of promising lead and very quickly turn it into orthodoxy.” He emphasizes the need for large sample sizes. “Schools have limitless moving parts,” he says. “Show me a randomized controlled study with thousands of students. Then all those other effects will work themselves out.”

That’s what the Crime Lab is aiming to do. “We have a very high bar,” says Roseanna Ander, the Crime Lab’s founding executive director, who has worked on public safety programs with Chicago Mayor Rahm Emanuel and Illinois Gov. Bruce Rauner. “It’s part of our genetic makeup to be very skeptical.” To determine whether Quiet Time would work in Chicago classrooms, the researchers started with a pilot study of two schools. “If you spend time in these neighborhoods, you see that they’re on a par with the most dangerous places on the planet,” says Ander. “It’s hard to fathom how these kids can even go to school and learn anything.”

There’s been plenty of research on how violence puts kids’ brains on high alert. A 2014 paper by the National Scientific Council on the Developing Child compares the overload of stress hormones to “revving a car engine for hours every day” and says it “increases the risk of stress-related physical and mental illness later in life.”

Studies on adults have linked TM practice with reduced stress-related problems such as strokes, heart attacks and high blood pressure, but it remains to be seen whether children will reap similar benefits. Over the next three years, the University of Chicago researchers will collect data on 6,800 public school students in Chicago and New York. Half will be randomly assigned to learn TM while the other half are told to do other quiet activities. The public school systems will track and share data, including the students’ grades, test scores, disciplinary incidents and police records. The Crime Lab researchers are also seeking approval to measure stress-related biomarkers such as cortisol levels. “If it works,” says Ouss, “we’ll learn something more general about how real the challenges of stress and violence can be.”

For Lynch, reducing stress is only the first step. He wants to see today’s schoolchildren become artists and independent thinkers—perhaps even eccentric filmmakers in their own right. “Stress is like a vise grip on the creativity of young people,” he says. “Give them a tool to reduce their stress and wake up their brain, and there’s no limit to what they can create.” 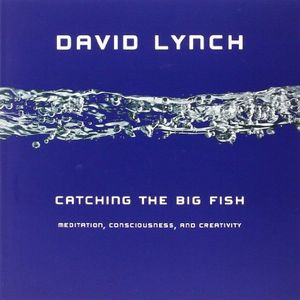