In a harshly lit laboratory in Winston-Salem, North Carolina, there sits a machine that is, in many ways, similar to a standard-issue desktop printer. It has ink reservoirs and nozzles, an internal fan to keep it cool, and a set of input jacks that can be used to connect it to a nearby computer. It is subject to the occasional jam. And yet the 800-pound steel and plastic device is unlike anything you’ve ever encountered, because what it prints is alive—millions and millions of living human cells, contained in a viscous gel and woven through delicate biodegradable supports in a quivering simulacrum of human tissue.

It took a decade for numerous scientists and engineers to build and refine the Integrated Tissue and Organ Printing System, or ITOP. Ultimately, though, it’s the brainchild of a single man: a tousle-haired 59-year-old doctor named Anthony Atala. Born in Peru, and raised outside of Miami, Atala—today the director of the Wake Forest Institute for Regenerative Medicine—has spent the past decade attempting to print living organs.

“For me, it all started back in Boston, in the early 1990s,” recalls the urologic surgeon and biotechnologist. “Because that’s when I really came face to face with the transplant organ shortage.” At the time, Atala was working his first post-medical school gig, as a research fellow at Harvard Medical School. Every week, during his rounds at Boston Children’s Hospital, he met another young patient who had spent months or even years waiting for a replacement organ. Some died before a replacement kidney or liver could be found. Others had severe immunological responses to the transplanted organs. Atala believed that the solution was clear, if far-fetched: lab-grown organs cultivated out of a patient’s own cells and surgically implanted into the body.

“It sounded very science-fictiony at the time,” Atala recalled, “but I was certain that it was the future.” In 1999, in a landmark experiment, Atala and a team of researchers at the Laboratory for Tissue Engineering and Cellular Therapeutics at Children’s Hospital built replacement bladders for seven children with a severe form of spina bifida, a debilitating disease that can affect the urinary tract and bowels. To construct the organs, the researchers first hand-built scaffolding, or foundations, of collagen and synthetic polymer. They took tissue samples from the patients and cultured the cells from that tissue in liquid. Then they coated the foundations with the cells of the relevant patient—muscle cells on the outside and bladder cells on the inside—and allowed the cells to “cook,” or grow, on the scaffolding.

Seven years after the first of the custom-made bladders were implanted into patients, Atala and Alan Retik, a urologist at Children’s Hospital, announced that all seven patients were in good health. It was the first time lab-cultivated organs had been successfully used as replacements for their ailing biological counterparts. One newspaper hailed the results as “a Holy Grail of medicine.”

Atala was pleased. But he knew that building organs by hand involved too much time and effort to meet demand. What was really needed was a bit of Henry Ford-style automation. In 2004, Atala agreed to spearhead such an initiative at Wake Forest, which is not far from North Carolina’s Research Triangle, a biotech hub and home base for a handful of 3-D-printing companies.

Originally developed for manufacturing, 3-D printers had by the mid-2000s moved far beyond plastics. Think of a material, and chances are, someone was printing it: nylon, stainless steel, chocolate. “I saw an alignment between the institution and the state to really focus on biotechnology,” Atala says. “I knew that if we were going to push these technologies to patients, we needed that infrastructure and support in place.”

Over the years, Atala and his staff have been able to develop printers capable of printing customized scaffolding of human organs, which could be manually coated with human or animal cells. Then they constructed a printer that could print skin cells directly onto a patient, albeit in extremely small amounts. But printing of tissue turned out to be a big challenge, partly because the expanding tissue also requires a steady flow of blood and nutrients. They could print the cells for an organ, or they could print blood vessels and other supporting tissue, but they couldn’t manage to print both at the same time in such a way that the organ would survive.

Then came the ITOP, with its essential breakthrough technologies. Unique reservoirs keep human and animal cells alive for longer than earlier printer models; and extremely precise needles, or jets, print a latticework of “microchannels,” measuring 200 microns each, into the biomaterial. These vessels allow nutrients to flow through the tissue. In a paper published earlier this year in Nature Biotechnology, Atala and five Wake Forest researchers revealed that cartilage, bone and muscle tissue printed on the ITOP had been successfully implanted in rodents and that, two months later, the tissue had developed a system of blood vessels and nerves. Tests on human patients will likely follow in the next year or so, pending government approval.

It does not take a committed futurist to grasp the implications. If and when a machine such as the ITOP does go into commercial production, it might one day be possible to “order” a piece of replacement skin. As the machines improve, they might evolve from printing skin to printing extremely complex organs such as kidneys. Hospitals worldwide would be equipped with the descendants of the ITOP. Organ shortages would be a thing of the past.

That’s the dream that brought Atala to biotechnology, and it continues to keep him going. But Atala counsels patience: Tests of bioprinted material on humans could take years. In the meantime, he has maintained his urology practice, and still sees numerous patients a week, in addition to stints in the operating theater. “That’s important to me,” he says, “because it’s a reminder of who you’re serving—who you’re doing this for. The aim of this technology is to make patients’ lives better. Full stop.” 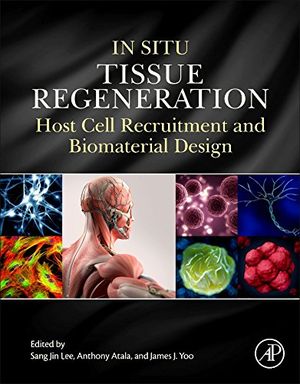