In his 1939 essay, “The Total Library,” the Argentine writer Jorge Luis Borges imagined a library that held not just every book ever written, but every book that could be written, every book-length combination of characters in every possible sequence. It would contain, along with an almost infinite quantity of gibberish, all of civilization’s wisdom, true accounts of the past and future, “...my dreams and half-dreams at dawn on August 14, 1934.” It would be the reification of the “infinite monkey” thought experiment, which posits that enough typing monkeys would eventually reproduce Hamlet. So perhaps it’s surprising that no one has tried to build one. Until now.

The Library of Babel, which takes its name from Borges’ famous short story on the same theme, resides on a desktop computer in the home of Jonathan Basile, in Washington, D.C. While rereading Borges, Basile, 30, who studied English literature at Columbia University, realized that computer technology was bringing the Total Library within reach. So, despite having little programming experience, he spent six months trying to create it.

He quickly discovered that the library would require more digital storage than could fit in the entire universe. Basile calculated the number of “books” (of 410 pages, with 3,200 characters per page) as somewhere shy of 10 to the power of two million. Instead, he settled on a library that exists as an algorithm, a program that runs whenever someone plugs in text at libraryofbabel.info. The program displays all of the pages on which that text would appear if the library were real. The page itself is not stored but exists as a set of coordinates that will display the same text each time.

It just may be the most fascinatingly useless invention in history. As Borges foresaw, wisdom is useless if it is lost in a sea of nonsense. Yet people still look for it. One obsessed seeker looked for religious significance in the appearances of the different names of God. “I don’t think it has any practical applications like that for finding hidden text or coded messages,” Basile says. In his view, the novelty of the library is that it treats Hamlet’s soliloquies with the same statistical indifference as anything produced by that infinite simian typing pool. At least one writer recounted laboring over a sentence and then, finally satisfied, entering it into the search engine to discover, says Basile, “it was there all along.” 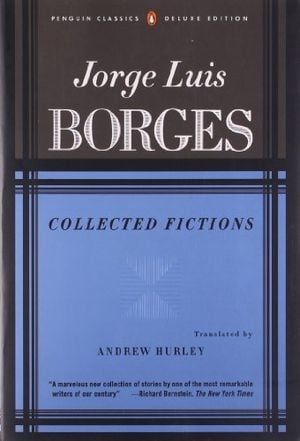