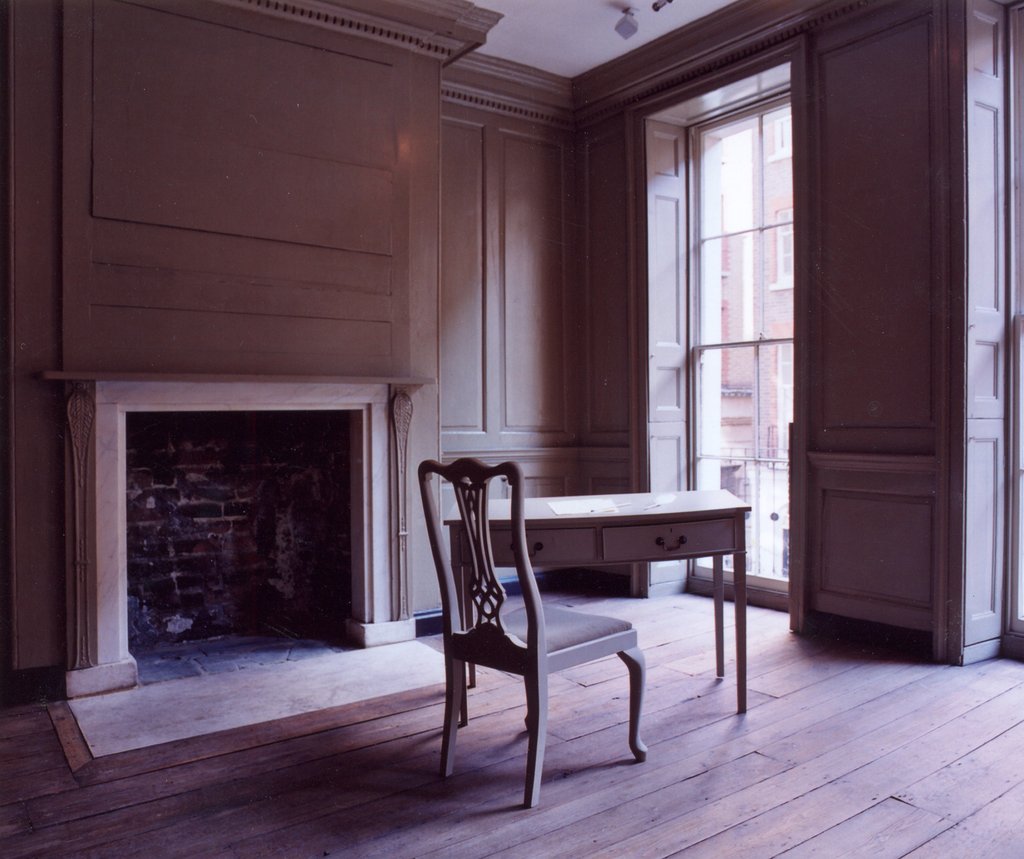 Of all the homes on both sides of the Atlantic where Benjamin Franklin tinkered, only this house in Central London, where he lived and worked between 1757 and 1775, remains standing. The prolific polymath launched the age of electricity with his experiments with lightning rods and light bulbs, and coined terms that still frame our understanding of electricity today: battery, charge, positive and negative.

This image above presents one of Franklin’s rooms at 36 Craven Street. Restored a decade ago after years of neglect, the Benjamin Franklin House is now open to the public.