The Unforgotten: New Voices of the Holocaust 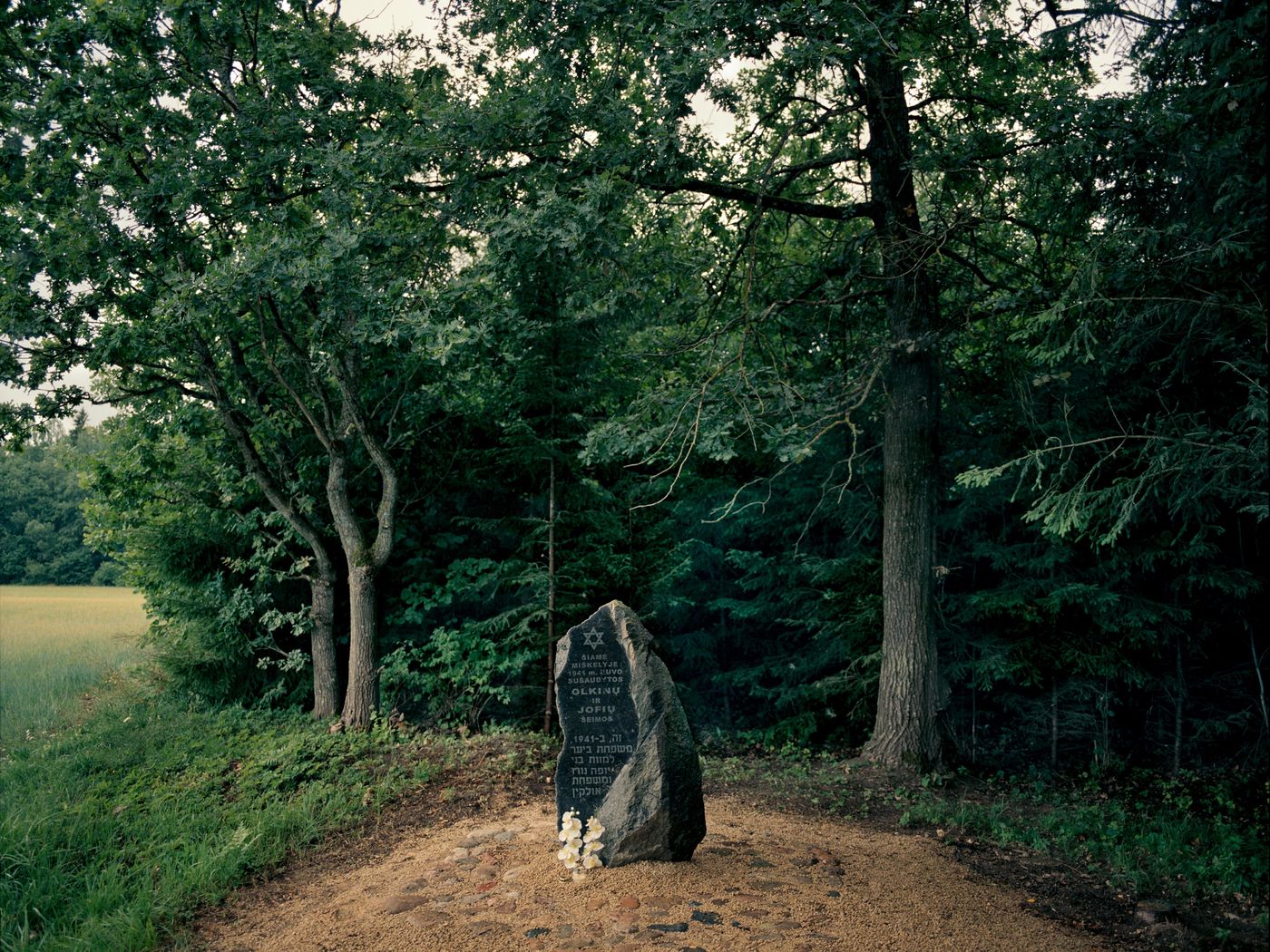 A recently installed gravestone is engraved in Hebrew and Lithuanian with the names of the Olkin and Jaffe family members. Joakim Eskildsen