Few topics manage to unite the masses quite like the macabre, the mysterious and the magnanimous. Luckily, the five titles highlighted below—featuring stories of heaven and hell, an “imposteress rabbit breeder,” the Confederacy, the census, and the Irish potato famine—offer up all of these qualities in plenty.

Last week, Smithsonian magazine introduced a new series designed to support those in search of distraction from the ongoing novel coronavirus pandemic. Each Friday, we’re spotlighting five recently published nonfiction titles at risk of being overlooked as COVID-19 continues to dominate the news cycle.

Representing the fields of history, science, arts and culture, innovation, and travel, selections represent texts that piqued our curiosity with their new approaches to oft-discussed topics, elevation of overlooked stories and artful prose. We’ve linked to Amazon for your convenience, but be sure to check with your local bookstore to see if it supports social distancing-appropriate delivery or pickup measures, too. 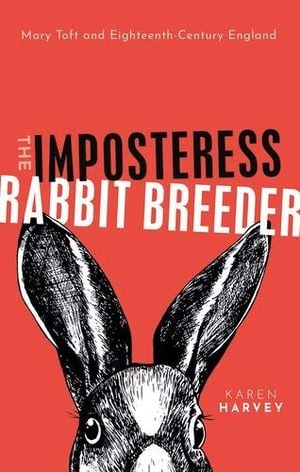 The mysterious case of Mary Toft, an 18th-century English woman who convinced respected medical professionals that she was capable of giving birth to rabbits, surely represents a chapter in more offbeat British history. In The Imposteress Rabbit Breeder, Karen Harvey draws on archival records to elevate Toft as an individual and provide insight on the reasoning behind her ruse.

Most accounts of the 1726 affair paint Toft as a “cunning and avaricious self-promoter,” according to historian Edward White. Harvey, meanwhile, argues that the illiterate, impoverished young woman—eventually revealed to have staged the bunny births by stuffing animal parts inside of her own body—was actually a victim in her own right, exploited by her domineering mother-in-law, scheming acquaintances and even the male doctors who treated her. Despite others’ probable involvement in the hoax, Toft was the only one punished for it. Sentenced to several weeks in Bridewell Prison, she was regularly paraded in front of visitors who paid for the chance to witness her public humiliation.

Per publicity materials, the Toft affair testifies to the “huge social and cultural changes” apparent in 18th-century England, exploring “a time when traditional social hierarchies were shaken, relationships between men and women were redrawn, print culture acquired a new vibrancy and irreverence, and knowledge of the body was remade.” 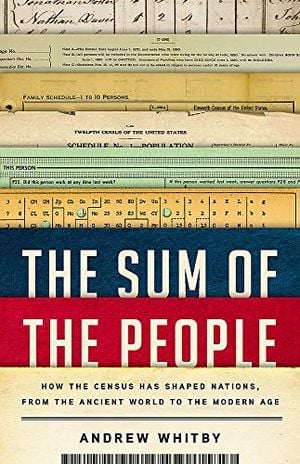 The Sum of the People: How the Census Has Shaped Nations, from the Ancient World to the Modern Age

With the 2020 census in full swing, data scientist Andrew Whitby’s book debut—a comprehensive overview of the census’ 3,000-year history—is particularly timely. Citing case studies from ancient China to the Mesopotamian city of Uruk, the Roman Empire, Nazi-occupied Europe, Revolutionary War America and the West Bank, the author upends the conception of censuses as rote administrative undertakings by outlining their capacity to act as “marvels of wonder, instruments of exclusion, and, at worst, tools of tyranny and genocide.”

Census-taking is an intensely human act, argues Whitby in the book’s prologue. He adds, “It is a moment of communal self-reflection: a stocktaking only if you imagine that cans of beans could decide to count themselves.” 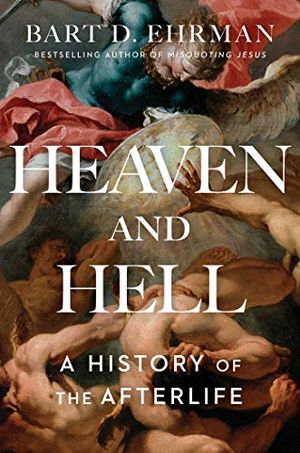 Heaven and Hell: A History of the Afterlife

Thanks to COVID-19, mortality—and what awaits those who pass from this life—is at the forefront of many people’s minds. Bart D. Ehrman’s Heaven and Hell, then, is an inadvertently prescient read.

Perhaps the book’s biggest revelation is the biblical scholar’s pinpointing of the origin of humans’ belief in fiery and idyllic post-life realms. Modern understandings of heaven and hell, Ehrman writes, stem not from the Old Testament or Jesus’ and his disciples’ teachings, but from a pantheon of ancient cultures—including the Greeks, Romans, Mesopotamians and Israelites—with competing conceptions of the afterlife.

“These views …were intimately connected with the social, cultural, and historical worlds out of which they emerged,” according to the book’s description. “Only later, in the early Christian centuries, did they develop into the notions of eternal bliss or damnation widely accepted today.” 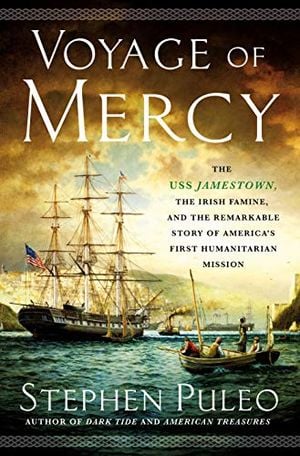 Voyage of Mercy: The USS Jamestown, the Irish Famine, and the Remarkable Story of America's First Humanitarian Mission

At the height of the Irish Potato Famine in spring 1847, a recommissioned American warship set sail from Boston with a cargo of more than 8,000 barrels of bread, beef, beans, potatoes, pork, corn and other assorted supplies. Manned by Captain Robert Bennet Forbes and his crew of 49 volunteers, the USS Jamestown soon arrived in Cork, where its goods were distributed among some 150 locations throughout the Irish county.

The Jamestown’s unprecedented journey, writes Stephen Puleo in Voyage of Mercy, was the nation’s “first full-blown humanitarian relief effort,” marking the first in a long line of international aid missions—and offering a beacon of unity for divided Americans caught in an unpopular war against Mexico. Perhaps Puleo’s text, like the event it describes, will offer a glimmer of hope in these uncertain, polarizing times. 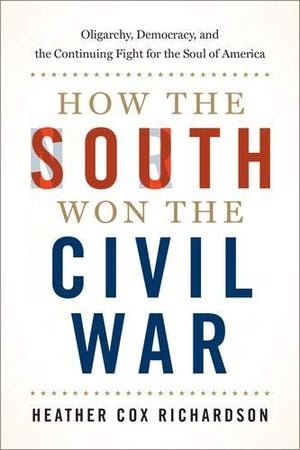 How the South Won the Civil War: Oligarchy, Democracy, and the Continuing Fight for the Soul of America

Heather Cox Richardson’s How the South Won the Civil War grapples with a paradox at the heart of United States history: namely, “the concept that ‘all men are created equal’ depended on the idea that the ringing phrase ‘all men’ did not actually include everyone.” As Publishers Weekly writes in its review of the book, Richardson argues that “wealthy white men have enhanced and enshrined their power by stoking the fears of poor and working-class white men that women and minorities are poised to become their equals.”

Nowhere was this more evident, the historian suggests, than in the exploitative, oligarchic economies of the South’s cotton industry and the “Wild” West’s cattle, mining and oil businesses, all of which relied on a workforce of underpaid or enslaved laborers. By tracing the roots of modern-day conservatism to the antebellum South and post-Civil War westward expansion, Richardson offers a compelling explanation for the Republican Party’s current dominance in the nation’s western and southern states. Though her argument is grounded in the past, she deftly manages to convey the contemporary relevance of the centuries-old struggle between democracy and oligarchy.

Having trouble seeing our list of books? Turn off your ad blocker, and you'll be all set.