At 1:14 pm, local time on September 11, Catalonia's National Day, 550,000 people reportedly filled miles of Barcelona's streets to form an enormous “V” in the red and yellow colors of the Catalan flag. (UPDATE, September 12: Reports from after the event gave estimates ranging from the expected 500,000 up to potentially 1.8 million protestors.) Dubbed the Via Catalana, the “V” stretched from the contemporary and iconic Torre Agbar building at the Plaça de Glòries along 6.8 miles of two major throughfares in the heart of the city. Traffic was snarled and slow because of the street closures, but 1,500 buses and more than 100,000 cars transported protestors to the surrounding areas.

The “V” stands for via, the path toward independence, but it also stands for vote as the Catalans insist on their right to hold a referendum on November 9. This vote poses two questions to Catalans: Do you want Catalonia to be a state? If so, do you want Catalonia to be an independent state? “The demonstration represents the will to vote, the decision of the Catalans to resolve our political future through a peaceful and democratic path,” says Muriel Casals, the president of Omnium Cultural and one of the organizers of the movement for Catalan sovereignty. Many Catalans feel disenfranchised because the central government in Madrid has ignored their concerns since democracy was restored in 1978. The Spanish government maintains that Catalans have no legal right to pose the question of independence. And the region's taxes paid to the state are also an issue.

The protest required a massive organizational effort. Registering online, each participant selected one of 68 different sections of the “V,” and each was directed to wear a red or yellow T-shirt. Then 36 key volunteers at the front of each section positioned themselves to establish yellow and red stripes. Other volunteers followed suit until the streets resembled the Catalan flag, known as the senyera. The organizers provided a 10-page booklet that detailed the schedule, transportation issues, communication strategies and heath care tips. It also included a chart to explain how each section of the V should be organized to create the image of the flag. This attention to detail and planning is evidence of what Catalans call seny, a particular kind of good sense.

The timing of this demonstration is particularly dramatic for Catalans. September 11 commemorates the defeat of the Catalans in 1714. The War of Spanish Succession pitted the royal houses of Hapsburg and Bourbon against each other, and the principality of Catalonia sided with the Hapsburgs in the hopes of maintaining autonomy. After the 14-month Siege of Barcelona, the city fell to the Bourbon king, Felipe V of Spain. Angry at the betrayal of the Catalans, Felipe promptly destroyed 1,200 houses in Barcelona to build a new fortress, and then in 1716 annexed Catalonia, abolishing its laws, special rights and separate institutions. The protestors underscored the 300 anniversary of this loss by forming the “V” at exactly 1:14 p.m., or 17:14 in a 24-hour format.  “We were a nation conquered by its neighbor 300 years ago, and because we decided to celebrate the day of that loss, the day in which we were told we no longer existed, we never forgot the fact that we exist, and we are Catalan,” says historian Meritxel Martin-Pardo.

Preparation began weeks ago and recalls many of the specific events of the Siege. Last night, political leaders and parliamentarians joined the honor guard of the Catalonia’s regional police force to lay a wreath at the Fossar de les Moreres, a memorial plaza dedicated to the memory of the heroes who died defending Catalonia. This morning at 8:00 a.m.—the exact hour when Barcelona’s Chief Minister Rafael Casanova was wounded and the city fell—300 cellists played in concert, performing a specially commission tribute to those who died in the Siege by composer Albert Guinovart entitled “We were. We are. We will be.” Government officials and civic leaders then laid a wreath at the foot of a statue of Casanova. (Yesterday, players from the Barcelona Football Club, captain Xavi Hernández and goalkeeper Jordi Masip laid wreaths as well.) At noon, wreaths were laid at the docks where General Josep Moragues i Mas fled to the nearby island of Majorca to continue the struggle against Felipe. When the new king captured Moragues, he was tortured and executed; his head was placed in an iron cage, and hung in the streets of Barcelona for 12 years, a grim and frightening warning to anyone who might resist the new regime.

“Catalonia is a nation with a thousand years of history, a checkered history but one that moves toward the desire for self-government,” said Joan Argenter, director of the Institute for Catalan Studies in Barcelona. Many claim that Catalan has the oldest democratic tradition in “modern” Europe, referring to the formation of a legislature called the Corts de Barcelona in 1283, and the Catalans have tried to separate from Spain several times in modern history. In 1641, a Catalan lawyer named Pau Claris i Casademunt with the support of France declared a Catalan Republic. And again in 1873, another Catalan Republic was declared as part of a larger federalist movement by activist Baldomer Lostau i Prats.  In the chaotic years preceding the Spanish Civil War, another attempt was made when a former Catalan officer in the Spanish Army Frascesc Macia i Llussa proclaimed the Free Catalan Republic, but then had to settle for autonomy within the Spanish state. Still another attempt was made in 1934, but when the Spanish Civil War broke out in 1936, Catalonia sided with the Republicans against Franco and the Fascists. And when Franco triumphed in 1939, he too took vengeance on Catalonia, abolishing the use of Catalan in schools and public events. 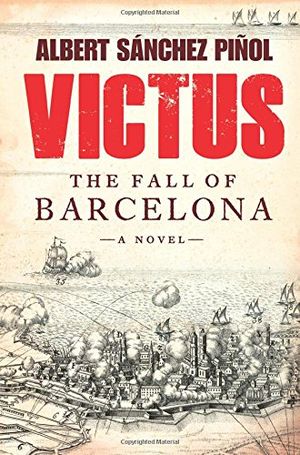 Victus: The Fall of Barcelona, a Novel

A #1 international bestseller reminiscent of the works of Roberto Bolaño, Carlos Ruiz Zafon, and Edward Rutherford-a page-turning historical epic, set in early eighteenth-century Spain, about a military mastermind whose betrayal ultimately leads to the conquest of Barcelona, from the globally popular Catalonian writer Albert Sánchez Piñol.

The repeated suppression of Catalan language has made its use a hallmark of the independence movement. This began in the 1860s when Catalonia industrialized, and its wealthy business owners began to reformulate the populist movement known as Catalanismo as a strong sense of local identity, politic qal autonomy, and modernization within the larger Spanish state. “Without language and history, it is difficult to explain our sense of difference, because it is the sum of what we call culture that sustains these differences until today,” says Martin i Pardo.

Anthropologist Pablo Giori from the University of Girona has tracked how the Catalan nationalist movement has used cultural traditions to reinforce a shared sense of identity and to build a political consensus. Long traditions of group hikes, choral performances, pilgrimages to the shrine of the black virgin of Montserrat, and performances of the folk dance called the sardana have all characterized the movement at different moments. These cultural activities have allowed Catalan nationalists to nurture strong social relationships, experience their sense of identity, and express their aspirations, even when the political process had stalled. Recently, the tradition of building of human towers has become indicative of both a sense of Catalan identity and a desire for a democratic political solution that will allow Catalans to determine their future as a people and as a society. (In fact, 54 teams built human towers along the Via Catalana this afternoon.)

“We don’t insist on being Catalan. It is a simple fact, a reality; we are different. Neither better, nor worse, but different,” explains Casals. “The writer Joan Sales said, ‘A Catalan is Catalan and not Spanish in the same way that an apricot is an apricot and not a peach’.”

Michael Atwood Mason, director of the Smithsonian Center for Folklife and Cultural Heritage, is a folklorist whose research explores how people use their cultural traditions to change their lives. He is author of the cultural blog Baba Who? Babalú! and his writing and exhibitions have run the gamut from detailed studies of ritual in the Afro-Cuban religion Santeria to co-curated exhibitions and programs on living cultural traditions.