On a chilly, rainy afternoon in September 2020, two Israeli police cars and a motorcycle, their red lights flashing and sirens blaring, pulled up to an archaeological dig in Motza (or Moza), a neighborhood in the mountains west of Jerusalem.

Four police officials emerged from the vehicles and approached the excavation—but they weren’t responding to a crime. They’d come to examine ancient fingerprints as part of an unconventional, ongoing collaboration between Israel’s police department and the Tel Moza Expedition Project team.

Beginning in November 2019, excavations at the three-acre site uncovered traces of structures and artifacts from the early Byzantine period (the end of the fourth century to the beginning of the seventh century): a church, an olive press, a wine press and a kiln. An alcove adjacent to the kiln contained clay fragments of lamps and roof tiles, with remnants of jugs and bowls lying nearby.

Featuring images of palm trees, the lamp fragments caught the attention of Shulamit Terem, an archaeologist and ceramics expert at the Israel Antiquities Authority (IAA). More than one-third of the 230 shards were covered in centuries-old fingerprints.

“It was striking,” Terem says. “There were so many, and they were so clear.”

The fragments’ proximity to the fifth- or sixth-century kiln led Terem and her colleagues to theorize that the fingerprints belonged to the kiln’s worker (or workers), who’d made the lamps from molds. To learn more details, from how many potters worked at the site to the artisans’ age and gender, the archaeologists turned to police investigators—experts on the science of fingerprints.

The outreach wasn’t so far-fetched. Detectives and archaeologists share an intense inquisitiveness, a devotion to facts, attention to detail and a focus on clues found in a specific place. Police labs possess cutting-edge machinery and technology used to analyze fingerprints. Yet the Israeli teams say their collaboration is the first of its kind to date.

“As an archaeologist looking at the lamp, I saw only fingerprints. I didn’t see any more than that,” Terem says. “I wanted to know more about the people of the past. The police could help me understand more and draw more conclusions about life in Motza in Byzantine times.”

The archaeologists’ dig preceded the construction of a highway overpass. Archaeological oversight, and sometimes excavation, is mandatory at many building sites in Israel, a country that juggles the present and past, where construction cranes are ubiquitous and the land’s history is cherished. The Motza project was part of a far larger excavation begun in 2017, with notable finds including a town populated by demobilized Roman soldiers who’d conquered Israel in the year 135. Other discoveries dated back to the Neolithic period.

Ido Hefetz was surprised to be summoned to Motza from police headquarters in Jerusalem, where he’s a fingerprint examiner in the forensics division. One of the lab’s four experts in this field, Hefetz specializes in prints left at crime scenes and testifies at up to 15 trials annually.

He’d never been personally approached by the IAA before, but the agencies have collaborated over the years. In an ongoing project, the antiquities authority is combing a 1948 Arab-Israeli War battle site involving 35 Israeli fatalities near Beit Shemesh. In 2007, the IAA investigated a World War I-era weapons cache buried under an abandoned police station in the coastal city of Jaffa.

Israel isn’t the first country where fingerprints found during archaeological research have elicited curiosity and spurred questions about who left them behind.

In 2019, an analysis of fingerprints on vessel fragments unearthed in the southwestern United States concluded that both men and women produced pottery in a 10th- and 11th-century Puebloan community. Going back much further in time, a 2020 analysis of fingerprints found on 7,000-year-old Spanish cave paintings revealed that a man in his mid-30s and a girl as young as 10 years old were likely among the artists.

John Kantner, an archaeologist at the University of North Florida who led the Pueblo project, first learned of fingerprint analysis’ applications in archaeology when one of his students, a former police officer, wrote his thesis on the topic nearly two decades ago.

“It opened up a whole world for me,” Kantner says.

Though archaeologists have been studying fingerprints since at least the 1930s, Francisco Martínez-Sevilla, a historian at the University of Alcalá in Spain who co-wrote the cave painting study, says the technique has only “become more common in the past ten years.”

“People now know the potential of this methodology,” he adds, highlighting the technique’s ability to determine someone’s sex and age. The greater the ridge density in a fingerprint, the more likely it belongs to a woman; less density indicates the person was male. As individuals grow older, the distance between the ridges in their fingerprints increases.

Julie Hruby, a classicist at Dartmouth College who has studied ancient fingerprints, sees the value of employing forensics (defined broadly as using scientific methods or expertise to investigate crimes or examine evidence) to examine antiquities.

“I would advocate for cross-training between archaeology and forensic science,” Hruby adds. “Often, we are asking the same questions for different reasons. For example, archaeologists might wonder about how [pottery] workshops function, and training in fingerprint analysis can answer that question.”

For the Pueblo study, Kantner and his colleagues used a powerful stereomicroscope attached to a calibrated digital camera. They photographed the most complete, clearest prints on each shard of pottery, then used software to measure the distance between the prints’ ridges.

At Motza, Hefetz began by determining which fingerprints were useful, meaning complete or partial ones that could be pieced together like a puzzle. He then homed in on the prints’ ridges and valleys, making matches to combine partials into a whole.

The indispensable tool of Hefetz’s trade is the Automated Fingerprint Identification System, or AFIS, a biometric authentication database that produces swift results. AFIS compares fingerprints through a process known as minutiae matching. First, the examiner checks whether prints’ ridges contain sufficient minutiae, or specific patterns like spurs, bridges and crossovers. If enough are present, the system generates similar matches; if not, the fingerprint is excluded as a match.

Several days after Hefetz assessed the fingerprints, Terem and her team visited his office bearing a box filled with pottery from Motza. Hefetz’s colleagues photographed the fragments, uploaded the images to AFIS and created a mini database to compare the ancient fingerprints to each other.

Since this initial analysis in fall 2020, the investigators and the archaeologists have spoken regularly by phone and met perhaps ten times in person. As Hefetz’s analysis progressed, he noticed remarkable details in the fingerprints, like their secretion pores being clearly visible.

The clay used to make the pottery was of fine quality, ensuring the prints were well preserved. Hefetz could plainly see that the fingerprints were predominantly of the left and right thumbs, with their depth revealing something of the potters’ technique: Both thumbs were pressed hard into the clay to compress it into a mold.

Furthermore, the same adjacent thumbprints appeared on both the top and bottom sections of each lamp, suggesting that one person had multitasked. Scores of the fingerprints were identical, leading Hefetz to conclude that one individual was the primary potter. One or possibly two additional people produced the rest of the lamps.

Most revelatory on a fundamental level was Hefetz’s realization that fingerprint patterns today are virtually unchanged from 1,500 years ago. His lab operates on the basis of seven universal patterns—arch, tented arch, right loop, left loop, whorl, double loop and complex—while the Federal Bureau of Investigation, for example, recognizes eight.

“The interesting thing was that there was nothing new” in those patterns, Hefetz says. “It wasn’t that it was one thing in Byzantine times and then it evolved. There was an evolutionary preservation.”

Hefetz also tested perhaps the most basic premise of his field: that no two fingerprints are identical. He found that none of the Byzantine-era fingerprints matched any in AFIS’s database of 1.3 million Israelis.

“If there were [matches], I’d have to look for another job,” he jokes. “It was interesting to test that assumption.”

Key questions remain, such as the potters’ ages and genders. When the answers will come depends on the police officials’ workload. Their job demands leave few work hours for this side gig. They’ve also conducted research in their free time.

Uzi ’Ad, an IAA archaeologist who worked at the Motza site daily, understands the delay. “The police are really busy,” he says. “From the cynical side, people will ask, ‘Why is the police department doing this instead of trying to catch criminals?’”

Beyond the intellectual exercise, Hefetz says his “strange, unique, unusual” collaboration with archaeologists “establishes cooperation—that we can open the door to others.”

“We’re no longer only a criminal lab,” he adds.

In retrospect, the agencies’ partnership might have been launched nearly half a century ago.

Back in 1974, the police offered a job to young archaeologist Ronny Reich. He considered it until learning he’d be expected to rush to crime scenes in the middle of the night.

Reich chose to remain in his chosen profession and is now an emeritus scholar at the University of Haifa. On October 27, he hosted a daylong seminar on police-archaeology collaboration at the police department’s museum in Beit Shemesh.

Police work “is much more complicated than ours,” Reich told his audience. “You deal with living people, and all of my subjects have been dead 2,000 years. You have to bring truth to a court. If I make a mistake, I can correct myself in the next journal.” 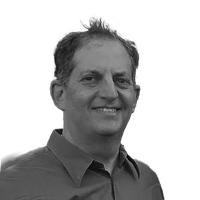 Writer-editor Hillel Kuttler can be reached at [email protected] He has written for such publications as the New York Times, Washington Post and Wall Street Journal.