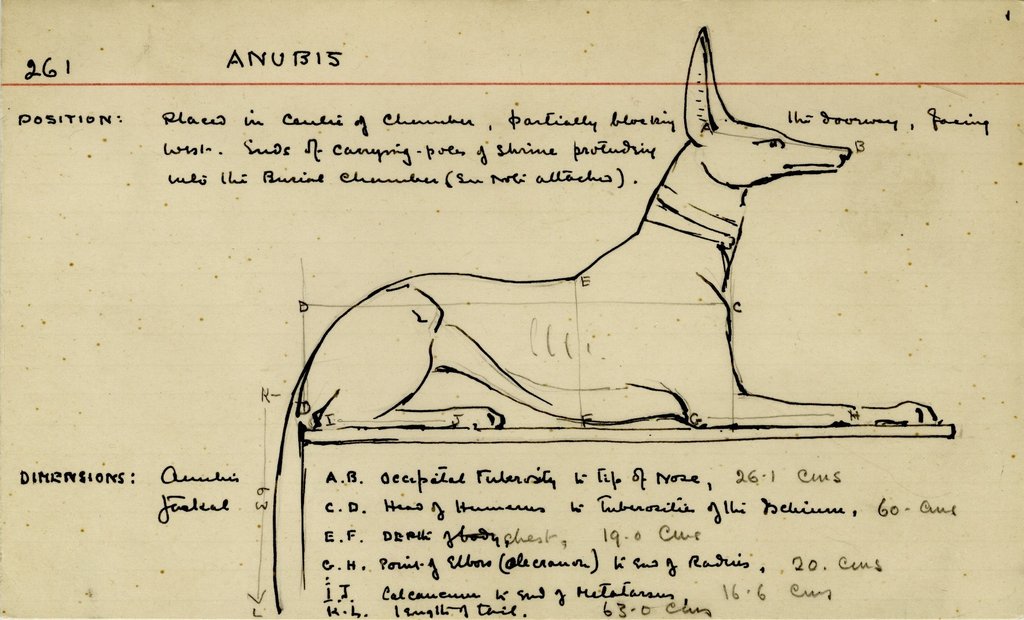 In 1922, Howard Carter had spent the last thirty years digging around Egypt for ancient tombs. As one of the world's leading experts in the field, he often operated at the behest of the fabulously wealthy collector of antiquities, Lord Carnarvon, who had hired him to supervise his excavations in the Valley of the Kings along the Nile River.

Carter lived there in a modest mud-brick house as he roamed the area in search of an elusive tomb which he believed might still hold the remains of Tutankhamun, a mysterious Egyptian pharaoh of the 18th dynasty, who had ruled between 1332 and 1323 B.C. "King Tut" had taken the throne at the age of nine or ten and died at about age 18, making his story all the more intriguing.

In 1922, however, Lord Carnarvon informed Carter that he would fund that quest for only one more year unless they struck pay dirt. That time was running out when, on November 4, Carter's water boy stumbled across steps in the sand that led to an important burial site. An ebullient Carter immediately wired his employer and the excited Lord Carnarvon soon arrived with his entourage to visit the site.

Carter's hands were trembling when he exposed the tomb in Carnarvon's presence. "At first I could see nothing, the hot air escaping from the chamber causing the candle flame to flicker," Carter later wrote, "but presently, as my eyes grew accustomed to the light, details of the room within emerged slowly from the mist, strange animals, statues, and gold—everywhere the glint of gold." Carter was dumbstruck with amazement, prompting the impatient Lord Carnarvon to ask, "Can you see anything?" The gaping archaeologist eventually composed himself enough to reply, "Yes, wonderful things!"

Together they had uncovered the best-preserved and most intact pharaoh's tomb in the Valley of Kings. A year and a half later, Carter's team entered the burial chamber to find gold-covered shrines and jewel-studded chests. Raising the lid of Tutankhamun's sarcophagus revealed a coffin of pure gold that held the mummified remains of the boy, King Tut. Word of the discovery flashed across the globe, igniting the world's latest craze and turning Carter into a major celebrity.

Lord Carnarvon was not so lucky. While in Egypt he suffered a mosquito bite that became infected and he died three weeks later—an event that journalists famously ascribed to the "Mummy's Curse." The tale became a staple for Hollywood moviemakers. Carter's journal and subsequent public writings, photographs, and documentary film related details about the 20th century's most exciting archaeological discovery.