Swimming through the labyrinthine tunnels of the Tham Luang cave in summer 2018, the two divers couldn’t see their hands in front of their faces. When they reached sections with air pockets, they swam to the surface and called out.

For the first several days, Rick Stanton and John Volanthen heard nothing. They did notice, though, that oxygen was low—around 15.6 percent. (Levels below 16 percent can trigger hypoxia, a type of oxygen depletion that causes headaches, confusion and restlessness.) In other parts of the cave system, the tunnels were fully submerged, forcing the divers to swim against strong currents through harrowingly narrow spaces, some as small as 3 feet wide and 2 feet tall.

Outside, the world watched as rescuers searched for 12 boys and their soccer coach, all of whom were trapped somewhere in the flooded tunnels. The cave system—one of the longest in Thailand—stretches six miles long. The rescuers didn’t know how deep into the cave they would need to go, nor whether they would find any survivors.

More than a mile and a half from the cave’s entrance, on day nine of the search, Stanton and Volanthen surfaced once more. One by one, the boys emerged from around a dark corner on a narrow rock shelf.

“How many of you?” shouted Volanthen. “Thirteen?”

“Thirteen,” confirmed one of the boys.

The boys had a lot of questions: What day was it? (Monday.) How long had they been trapped? (Ten days.) Could they leave right away?

The riskiest parts of the rescue were still to come. The journey through Tham Luang was dangerous for even the world’s best cave divers, let alone a group of inexperienced swimmers between the ages of 11 and 16. In a matter of days, monsoon rains would flood the cave system, making the passages even more inaccessible.

“We’re coming; it’s okay,” one of the divers reassured the group. “Many people are coming. Many, many people. We are the first. Many people come.”

The making of Thirteen Lives

Isolated in the dark, the boys weren’t privy to the massive scale of the rescue unfolding outside. Over more than two weeks, some 10,000 people—including 2,000 soldiers, 200 divers and volunteers from around the world—worked to bring the team to safety.

Thirteen Lives, a new movie from acclaimed director Ron Howard, dramatizes the rescue mission—and the many people who took part in it. The film is perhaps reminiscent of one of Howard’s most famous movies, Apollo 13. The 1995 thriller, like Thirteen Lives, dramatizes a real-life disaster solved through the collaboration of brilliant minds working against the clock as millions followed along in real time. (And in both films, as the Guardian’s Peter Bradshaw points out, “we have the unlucky number right up there in the title.”)

Howard also chose to engage with some of the political issues underlying the boys’ rescue. Three of them, as well as their 25-year-old assistant coach, were stateless, among an ethnic minority that lives in Thailand without the same rights as citizens. After the rescue, they were granted Thai citizenship.

Thirteen Lives isn’t the first film to spotlight the cave rescue. A Thai drama called The Cave came out in 2019, and the National Geographic documentary The Rescue premiered last year. But Howard decided against a documentary; while he sticks to the general outline of events as they played out, the director is mainly concerned with conveying feeling—how to best communicate fear, claustrophobia, impending urgency.

“Documentaries are about being as comprehensive and informative as possible,” Howard tells Deadline.​ ​“Scripted versions of true events have to offer that as well, and yet, their promise also includes something else. It involves engaging the nervous system of the audience.”

Inside the daring cave rescue

The ordeal began on June 23, 2018, when the boys on the Wild Boars soccer team didn’t come home after practice. Frantic parents called the team’s head coach, Nopparat Khanthavong, who then called the assistant coach, Ekapol Chanthawong. Neither Chanthawong nor the players answered their phones—at least until the coach called 13-year-old Songpol Kanthawong, whose mother had picked him up after practice. The rest of the boys, he said, had gone exploring in the cave. They had visited the cave before, and the rains that ultimately trapped them weren’t supposed to start until July. Khanthavong rushed to the site, where he saw the boys’ bicycles—and water flowing into the cave’s passageways, trapping them inside.

Once British divers Stanton and Volanthen (played in the film by Viggo Mortensen and Colin Farrell, respectively) found the boys alive, the real rescue began. Trapped in the cave for more than a week with limited food and water, they were weak. They didn’t know how to dive, and there wasn’t time to train them.

Even if the elite divers shepherded them through the deep, dark tunnels, cave diving is psychologically taxing. Over the course of an hours-long dive, trapped underwater with low visibility, squeezing through impossibly narrow crevices, the boys were likely to panic.

“You try and dive those kids the whole way,” says Stanton in Thirteen Lives’ trailer, “all you’d be bringing out is dead bodies.”

Stanton developed a new plan that hinged entirely on one man: Australian diver Richard Harris, played by Joel Edgerton in the film. As Stanton says to Harris in the trailer, “You have a skill none of the rest of us have.” Per the BBC’s “Beyond Today” podcast, Stanton knew that Harris was one of only three people in the world who are both elite divers and anesthetists. The boys, Stanton decided, would need to be sedated.

Initially, Harris didn’t think the plan would work, Vernon Unsworth, another diver involved in the rescue, told the BBC in 2019: “Rick said to [Harris], ‘Well, I’d like you to sleep on it overnight,’ and Harry said to Rick, ‘Well, what if I decide not to do it?’ And Rick said, ‘They all die.’”

Harris warily agreed to proceed. The Thai government granted him immunity so he couldn’t be punished if the rescue failed—an outcome he deemed likely.

“I expected the first two kids to drown and then we’d have to do something different,” Harris told National Geographic in 2019. “I put their odds of survival at zero.”

On July 8, just days before monsoon rains were expected to arrive, the first group of boys donned wetsuits. Rescuers dosed them with ketamine and Xanax, which would render them unconscious and keep them calm; crucially, unlike other sedatives, these would not impair breathing. Finally, the boys were sealed into oxygen masks and tied to flexible stretchers. This way, divers could maneuver them, as National Geographic put it, “like human duffle bags.”

Throughout the journey—including lengthy sections that were entirely underwater—elite divers carefully maneuvered the boys’ stretchers. Feeling their way with a guide rope, visibility was poor. Still, the rescuers could see the boys emitting air bubbles, which indicated that they were still breathing.

Once they reached dryer sections, closer to the entrance, larger rescue teams assembled to bring the boys, still unconscious, the rest of the way. First, rescuers slid them down a steep slope on top of hoses that had been placed to pump water from the cave. Next, in a section with craggy floors, they attached the boys’ stretchers to a makeshift zip line so they could glide safely through the air. At another flooded section, they placed the boys on rafts, and divers swam them to the other side. Eventually, rescuers carried them through the exit.

From the soccer players’ perspective, the journey was much simpler: They prepared to enter the water, and when they woke up outside the Tham Luang cave—all of the boys would, indeed, wake up—the ordeal had come to an end.

A triumph for Thailand

Thirteen Lives is undoubtedly the story of a victory against the odds. But the film had to navigate tensions over the question of exactly whose triumph it was.

“We really didn’t want another white-savior narrative,” co-producer Vorakorn Reutaivanichkul tells the Guardian. “Not just because we’ve seen it too many times in films, but because it isn’t what happened.”

The filmmakers were careful to avoid placing the white divers on a pedestal, instead emphasizing the collaborative nature of the rescue. Thai Navy SEALs were some of the first on the scene and were part of the large team that ultimately shepherded the boys to safety. Four of them swam to the boys’ aid and stayed with them until their rescue; they were the very last to leave the cave.

And, while all the boys survived, two Thai divers lost their lives during the rescue. At around 1 a.m. on July 6, Saman Kunan, a retired SEAL who’d volunteered for the rescue, died from asphyxiation while placing air tanks in the cave. Another SEAL, Beirut Pakbara, contracted a blood infection during the rescue and died in late 2019.

On the periphery of the rescue efforts, an army of volunteers kept the operation running, cooking meals and washing clothes. Engineers worked to divert rainwater from the caves in order to bide time. The diverted waters flooded local rice fields, but many of the farmers told reporters that they were happy to make the sacrifice if it would help save the boys’ lives.

“This was a victory for the Thai people and the Thai government,” Howard tells Deadline, “and as a result, they’re very, very proud of it. They should be. They never took their foot off the gas and did everything they could, as a culture, as a government, physically, emotionally, spiritually to make this rescue happen.” 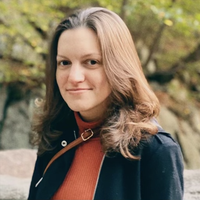