Historians have never been more popular. With the seemingly unceasing news cycle, readers of all political persuasions have been seeking out context for better understanding what's going on in the world. With the throwing around of the label "fake news" to the Women's March to the protests of police brutality conducted by NFL players, historical parallels offer a grounding in how the past informs the present.

Many of this year’s history picks seek to offer that much-needed background. But that still leaves room for titles that tell us new stories about otherwise tired categories such as World War II and those that regale untold stories from America’s heartland. Lovers of history will appreciate these books’ treasure troves of fascinating information and original takes on subjects known and forgotten. 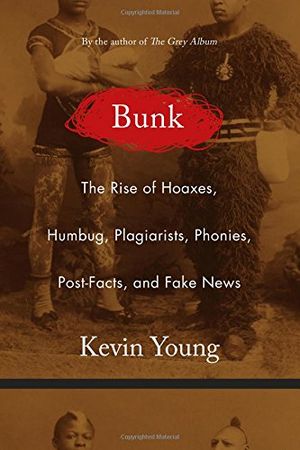 “Fake news” might seem like a phenomenon of the internet age, but Kevin Young argues that hoaxes and fakers are practically part of America’s DNA. From 19th century showman P.T. Barnum’s “Feejee Mermaid” and penny press news stories about moon creatures to Rachel Dolezal, Young shows how “stereotyping and suspicion” can lead people to buy into seemingly ludicrous ideas. “Like a sideshow barker, Young writes with unbridled enthusiasm, a showman’s conviction, and a carny’s canny, telling a story that at times defies belief,” the Los Angeles Times wrote in a review. “And every word of it is true.” 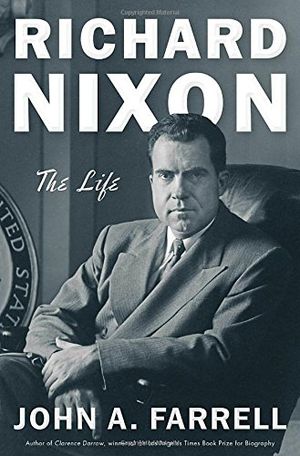 John Farrell’s biography of the 37th president substantiates a long-held suspicion: Nixon sabotaged Lyndon Johnson’s October 1968 attempt at a Vietnam peace deal. And if that’s not enough of a bombshell to convince you to buy the book, the numerous other revelations might. The author provides evidence from previously undiscovered secret reports, recordings and diaries to back up theories about Nixon’s political dealings. It shows Nixon as the complex man he was: ambitious, calculated and often corrupt. 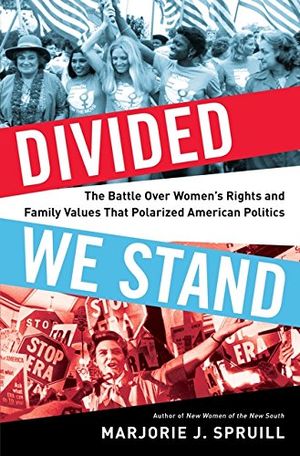 Thirty years ago, long before the Women’s Marches of 2017, women like Gloria Steinem, Billie Jean King and Coretta Scott King tried to put feminist issues on the national agenda. Ms. Magazine famous dubbed the 1977 National Women’s Conference in Houston “Four Days That Changed the World,” but the changes were complicated, as Spruill describes over the course of her book. “Women’s libbers” sparked a countermovement led by Phyllis Schlafly, which held a “Pro-Life, Pro-Family Rally” in Houston at the same time as the conference. Spruill is a professor of women’s, Southern and recent American history at the University of South Carolina, and she brings her unique academic perspective to explain why feminist initiatives like the Equal Rights Amendment never saw the light of day. 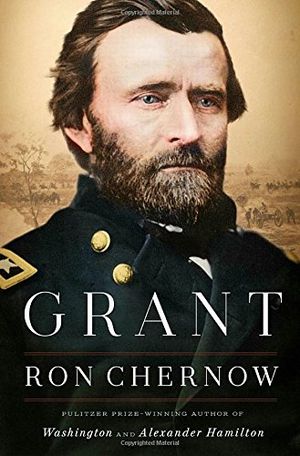 You might be familiar with Rob Chernow’s musical-inspiring biography on Alexander Hamilton, but he’s also won a Pulitzer and American History Book Prize for his biography of George Washington and a National Book Award for his history of the J.P. Morgan dynasty. His most recent book about Ulysses S. Grant totals more than 1,000 pages, filled with details about Grant’s upbringing and tumultuous personal life that Civil War history buffs will appreciate. Like Ronald C. White’s American Ulysses, Chernow casts a new, kinder light on the often-demonized Union Army general and president. His book spans both the Civil War and Reconstruction eras, giving a glimpse into the man Chernow calls “instrumental” in defeating the Confederacy and “the single most important figure behind Reconstruction.” 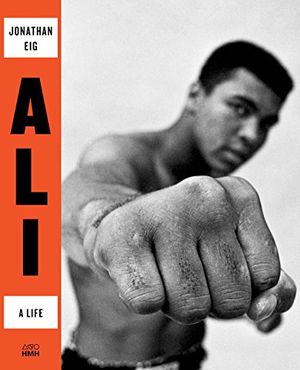 Much has been written about the many dimensions of Muhammad Ali’s life, namely his boxing prowess. In this tome, Jonathan Eig sets out to write the definitive biography of “The Greatest,” complete with information from more than 500 contemporary interviews, hours of interviews from the 1960s, and thousands of pages from newly released Department of Justice and FBI files. He follows the arc of the man’s life, from his humble beginnings in Louisville to his larger-than-life success as a boxer. Ali isn’t a saint-like figure, though; interviews with those close to him suggest that the man was a bundle of contradiction, both fighting for racial justice and hurting those who loved him. 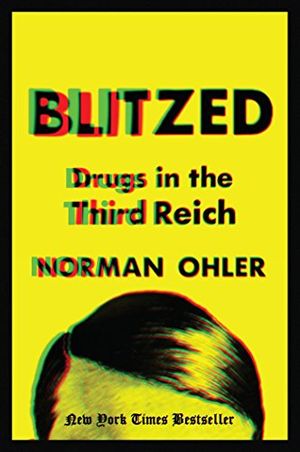 Blitzed: Drugs in the Third Reich

In this bestseller, German writer Norman Ohler exposes the hypocritical underbelly of the purity-obsessed Third Reich: a massive use of drugs. In a country of people still suffering from the psychological and physical wounds of World War I, drug use was very much the norm. Everyone seemed to be using some form of drug, whether it was Hitler’s heroin-laced drug cocktail, the military’s ingestion of a form of crystal meth or the general public’s regular use of Pervitin, a synthetic methamphetamine. Ohler explores the ways in which drugs fueled Nazi Germany’s frenetic rise to power. 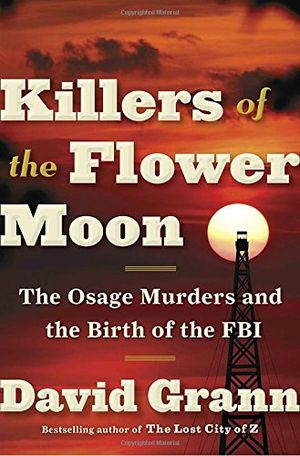 Killers of the Flower Moon: The Osage Murders and the Birth of the FBI

David Grann’s work reads like a fictional murder mystery, but the narrative nonfiction book tells the true story of a startling string of coldblooded murders. In the early 1920s, dozens of Osage Indians began to die under mysterious circumstances, after the Oklahoma nation became enormously wealthy when oil was discovered underneath their land. After the local police proved ineffectual, the FBI got on the case—one of their first homicide investigations—and things went terribly awry. The cast of characters includes a cattle rancher whom Grann dubs “something out of a Faulkner or Cormac McCarthy novel” and a young, ambitious J. Edgar Hoover trying to get to the bottom of the case. 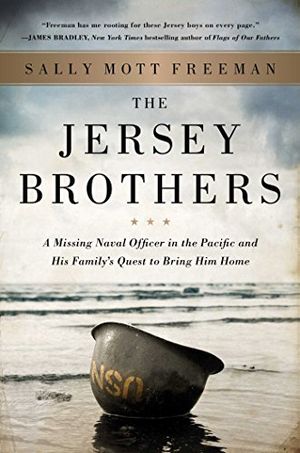 The Jersey Brothers: A Missing Naval Officer in the Pacific and His Family's Quest to Bring Him Home

Sally Mott Freeman’s book centers around a family torn apart by World War II. When the youngest of three brothers, Barton, was captured by Japanese in the Philippines, his older brothers Bill and Benny, soldiers too, set out to find and rescue him. The story hit close to home for Freeman—literally. She had grown up hearing stories about her Uncle Barton, never knowing what had happened to him, and conducted a decade’s worth of research to find out the truth. 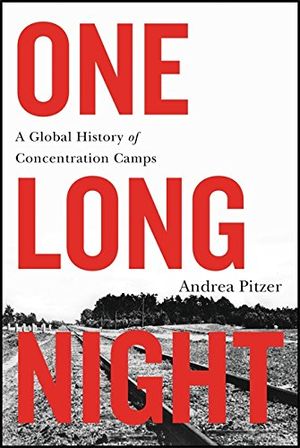 One Long Night: A Global History of Concentration Camps

Andrea Pitzer pulls from memoirs, eyewitness accounts and archival documents to paint a chilling picture of concentration camps, from their origins in 1890s Cuba to their spread to places like the Philippines, South Africa and North Korea. Examining the ways in which nations have justified the use of internment, she shows that these camps have been a tool to wield power over those considered “the other.” ”[The book is] a clear-eyed and powerful exposure of the horrors of concentration camps, not just the ones we know about but the ones we’ve overlooked or ignored,” wrote Annie Jacobsen, author of the Pulitzer Prize finalist The Pentagon’s Brain, in a review. “The lengths Andrea Pitzer went to research and report this book prove revelatory.” 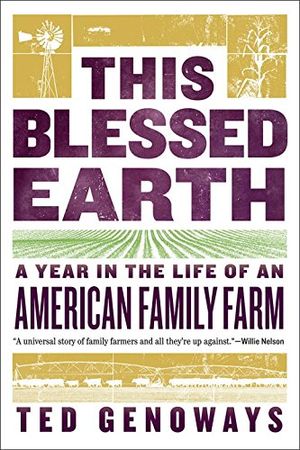 For city-slickers who have visions of escaping to the countryside and starting a farm, this book is quite the reality check. Ted Genoways explores how family farms have come to represent America’s national identity of hard work and self-reliance, yet lie in danger of total destruction. It’s told through the lens of a family who has owned a farm for five generations, now raising commodities like cattle, soybeans and corn. Thanks to the unpredictability of world markets, climate change and local land politics, they’re constantly anxious about the ways in which their livelihood can be undone in a flash.