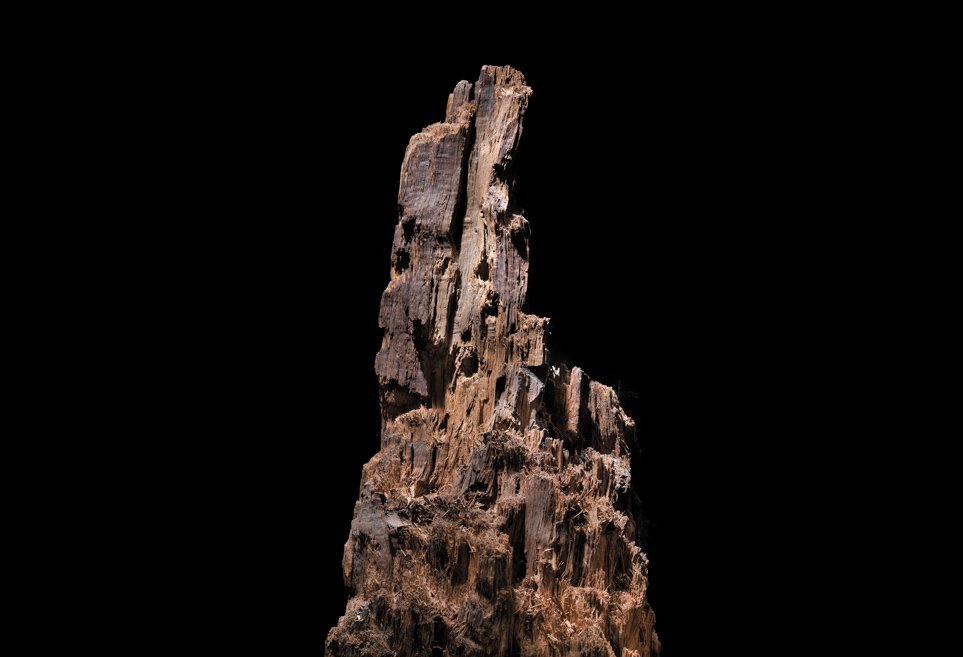 Spotsylvania Tree Stump, May 1864: This shattered, bullet-riddled stump was all that remained of an oak tree felled by rifle fire. (Photo courtesy of Hugh Talman, Smithsonian National Museum of American History)

Ulysses S. Grant’s objective, when he came east in 1864, was to destroy Robert E. Lee’s Army of Northern Virginia, even if that meant heavy casualties for the Union’s larger Army of the Potomac. Unlike previous Federal commanders who gave ground when they were hit hard, Grant did not pull back following the costly Battle of the Wilderness but continued south toward Richmond. He knew that Lee would have to risk his army in combat to protect his capital and hoped to catch the Confederates in the open. But Lee was too quick for him and reached Spotsylvania Court House in time for his troops to build four miles of reinforced earthworks before Grant drew near. Their line included a mile-long salient, bending outward in the shape of an inverted U and known as the “Mule Shoe,” at the front of which stood a large oak tree.

Grant attacked Lee’s stout defenses at Spotsylvania repeatedly. The heaviest assault came on May 12 when Union troops stormed the works at dawn and poured into the Mule Shoe. Lee sent reinforcements, and the two sides fought furiously. It was the war’s longest uninterrupted battle at close quarters, raging continuously through a day of driving rain and on into the night. The Union attack faltered after twenty hours of explosive mayhem, which reduced the oak tree to the stump above, surrounded by piles of bodies. An aide to Grant, Lieutenant Colonel Horace Porter, visited that site, known thereafter as the Bloody Angle, and described the carnage: “Below the mass of fast-decaying corpses, the convulsive twitching of limbs and the writhing of bodies showed that there were wounded men still alive and struggling to extricate themselves from the horrid entombment. Every relief possible was afforded, but in too many cases it came too late.”

In a somber photograph taken by Thomas O'Sullivan, members of a burial party detail in Fredericksburg, Virginia inter men who died at nearby Union field hospitals, where soldiers wounded in the Wilderness and at Spotsylvania were treated.