Recreating a Suffragist’s Campaign Through the American West 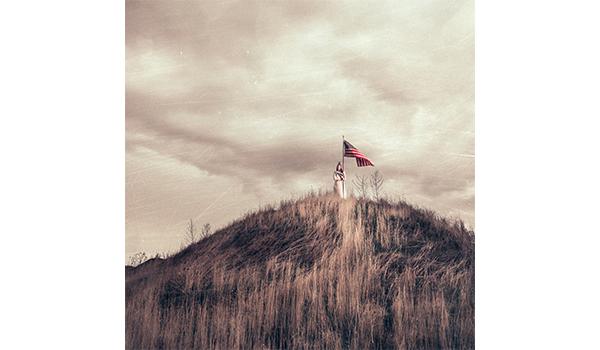 The valiant Inez Milholland, standard-bearer in the nation’s struggle for female enfranchisement, is portrayed here by Isabella Serrano. Jeanine Michna-Bales

On October 4, 1916, Inez Milholland Boissevain, a 30-year-old lawyer and suffragist, boarded a train in New York City, bound for Cheyenne, Wyoming. Capital of the first Western state to grant women the right to vote, it would be one stop in a whirlwind, month-long speaking tour scheduled to take her to roughly 30 cities, including Pocatello, Idaho and Sacramento, California.

Milholland set out at a critical juncture for the movement. Despite a groundswell of support nationwide, President Woodrow Wilson, seeking re-election that November, had delayed full endorsement of women’s right to vote. Milholland and her fellow suffragists were now appealing directly to women in 11 Western states where they had already won the ballot, asking them to cast protest votes against Wilson. “This is the time to demonstrate our sisterhood, our spirit, our blithe courage and our will,” Milholland told the audiences that packed theaters and halls along her route.

“Inez was a spitfire,” says Jeanine Michna-Bales, who recreated the suffragist’s journey for a new book and forthcoming traveling exhibition, Standing Together: Photographs of Inez Milholland’s Final Campaign for Women’s Suffrage. “She believed in equal rights for men and women. She was determined not to fail.”

Dallas-based Michna-Bales combines documentary photography with historical re-enactment to make the past feel more alive. In Milholland, she found the ideal subject for commemorating the centennial of the 19th Amendment to the Constitution, giving American women the right to vote. During the course of a year, Michna-Bales retraced Milholland’s cross-country odyssey. She found that while many of the theaters where Milholland had spoken had long since been torn down, other locations, where Michna-Bales was able to set up the tableaux she photographed, were still standing, including historic hotels and small-town train depots. And many of the mountain, prairie and desert landscapes—where the “sunset splashed the mountains and river with crimson,” as Milholland described a route to Oregon in letters to her husband in New York City, Eugen Boissevain—appeared little changed.

But as Milholland maintained her grueling pace, she was growing increasingly ill. A chronic condition, pernicious anemia, was aggravated by the campaign. Milholland collapsed mid-speech in Los Angeles on October 23 and died there a month later.

Milholland would become a potent symbol, a martyr to the cause and an inspiration to the two million members of the National American Woman Suffrage Association. They would fight on until August 1920, when Tennessee became the final state to ratify the 19th Amendment. 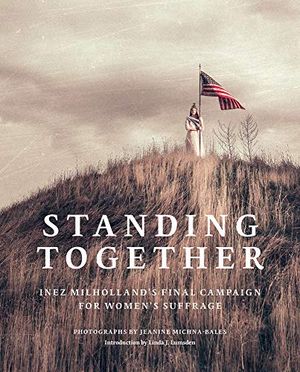 Through her photographs, combining dramatic landscapes and historical reenactments of important vignettes of Milholland on her journey with archival materials, Michna-Bales captures a glimpse of the monumental effort required to pass the 19th Amendment