The Original Tour de France Yellow Jersey Was Made of Wool

100 years ago, in the middle of the race, a rider wore the famed jersey for the first time 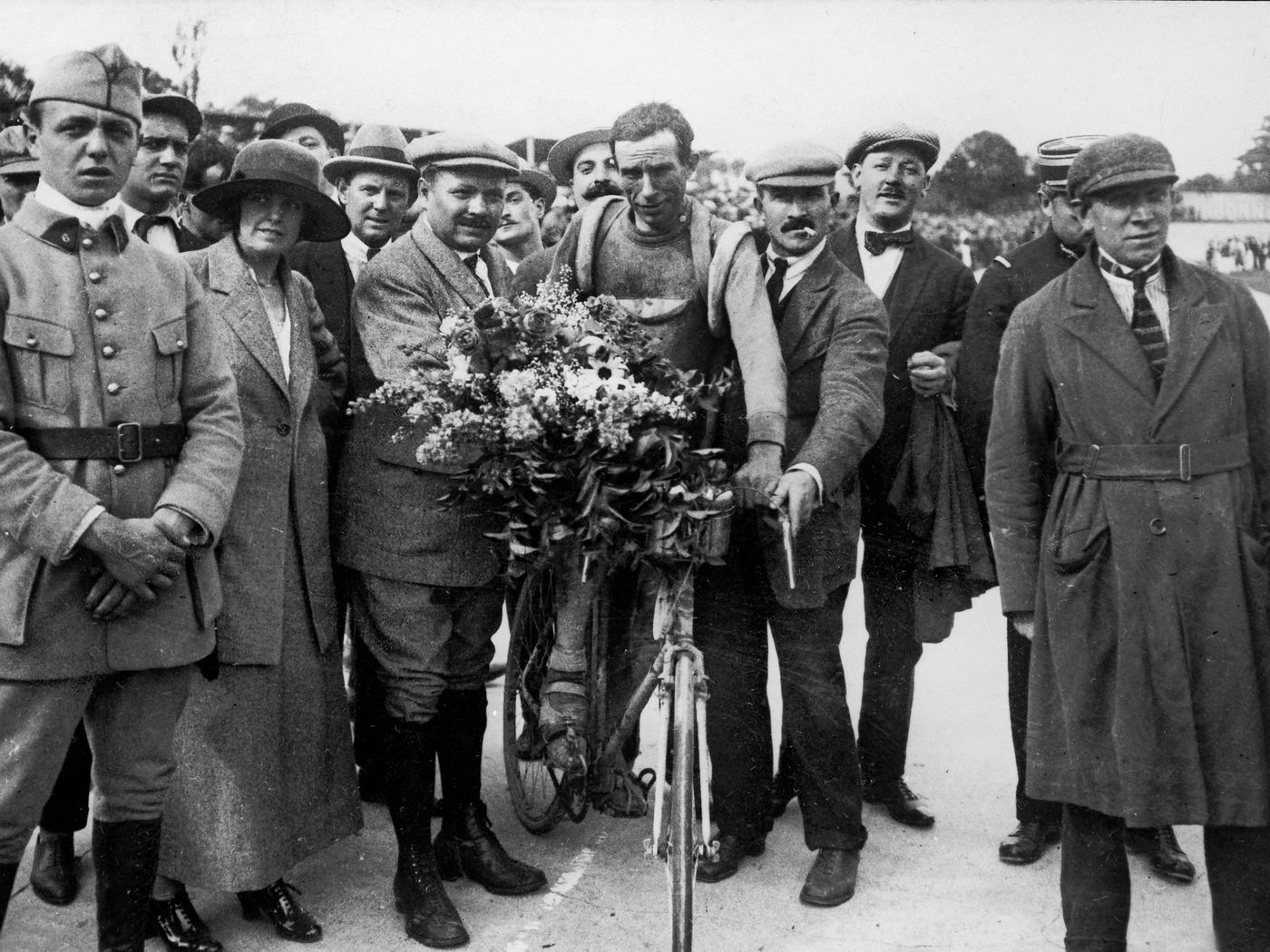 The iconic Tour de France yellow jersey began on a whim. At the inception of the 5,560-kilometer cycling competition in 1903, no clear indicator existed that showed who was winning the competition: the leader received only a green armband that journalists covering the race complained they could not properly see.

In 1919, the Tour de France returned following a four-year hiatus because of World War I. Two-thirds of the way through the race, the director of the Tour de France—Henri Desgrange—decided he needed a clearer identifier of the leader. He came up with the idea that whoever had the fastest overall time at a given stage of the race would don a yellow jersey—yellow in honor of the sports newspaper that sponsored the race, L’Auto-Vélo, which was printed on yellow paper.

As the story goes, around 2 a.m. on July 18, 1919, Desgrange gave the current leader, Eugène Christophe, the first incarnation of the jersey to take with him. But unlike its modern counterparts, this yellow jersey was made of wool, and Christophe complained that the yellow looked silly—according to historian Paul F. State, he insisted he resembled a canary.

The jersey is still used to demarcate the race leader today, with one addition: after Desgrange died in 1940, his initials—HD—were added to the waistline.