How Americans celebrated the end of World War II 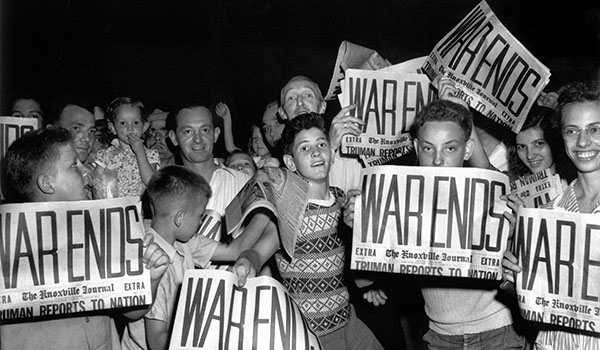 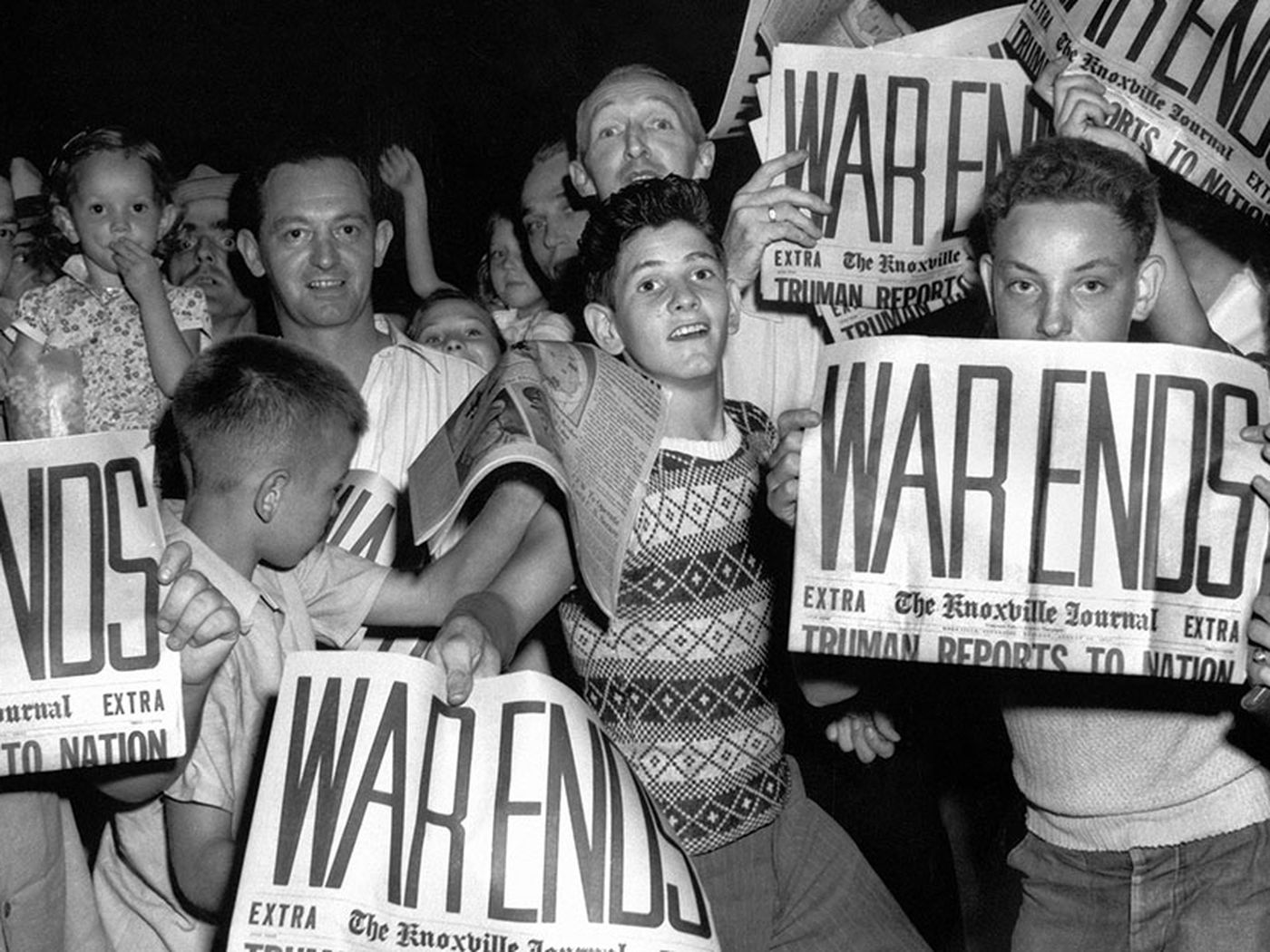 Victory over Japan Day (V-J Day) on Jackson Square, Oak Ridge. August 1945. The town of Oak Ridge was established by the Army Corps of Engineers as part of the Clinton Engineer Works in 1942 on isolated farm land as part of the Manhattan Project. The site was chosen for the X-10 Graphite Reactor, used to show that plutonium can be extracted from enriched uranium. Tennessee, USA. Galerie Bilderwelt / Getty Images

As word of the Japanese surrender spread throughout the nation on August 14, 1945, Americans of all ages amassed in the streets. Servicemen in New York City’s Times Square climbed lampposts to wave flags. Trumpets blared. Champagne bottles popped. After nearly four long years of war, the United States, with the rest of the world, finally had something to celebrate—the deadliest and most destructive conflict in recorded history was over.

Nazi Germany had surrendered three months earlier marking victory in Europe, but World War II continued to escalate in the Pacific. June’s Battle of Okinawa was one of the bloodiest Americans had seen. And then, on August 6, the U.S. dropped the first atomic bomb over Hiroshima, and a second one three days later over Nagasaki, claiming the lives of more than 200,000 Japanese. In between the two bombings, the Soviet Union declared war on Japan, further pushing an end to the conflict. On August 15 (the 14th in the Western Hemisphere), President Harry S. Truman announced that Emperor Hirohito had accepted the terms of unconditional surrender. (The agreement would not be formally signed until September 2, 1945, on the deck of the USS Missouri in Tokyo Bay.)

Seventy-five years later, few Americans are alive to describe the revelry that followed Truman’s V-J Day announcement, but the relief they clearly felt is captured in black and white. Newspapers with headlines declaring “PEACE” rain from Manhattan’s skies as conga lines form on the White House lawn. Beeping cars overflowing with smiling sailors blaze pass palm trees near Pearl Harbor. Women march arm-in-arm wrapped in American flags, ready to welcome their families home. Take in the scenes of a countrywide exhale of relief as Americans processed the news.

Courtney Sexton, a writer and researcher based in Washington, DC, studies human-animal interactions. She is a 2020 AAAS Mass Media Fellow and the co-founder and director of The Inner Loop, a nonprofit organization for writers.