On April 22, 1970, University of Southern California students affixed a gas mask to a statue of their mascot, Tommy Trojan, and buried an engine to symbolize the fight against pollution. In Colorado, a throng of bikers swarmed the state capitol. Volunteers picked up five tons of trash in West Virginia. All across the United States, teach-ins and demonstrations for the inaugural Earth Day would go down in history as a galvanizing moment for the environmental movement. But Earth Day’s roots lie in an earlier tragedy: a gargantuan oil spill that sullied the Santa Barbara coastline and put a national spotlight on pollution.

Fifteen months before the first Earth Day, on January 28, 1969, oil started pooling in a black, tarry slick above the sea, six miles from the postcard-perfect shores of Southern California. The community, despite its concern about permitting drilling in federal waters, hadn’t been able to weigh in on the rig known as Platform A. Union Oil persuaded the government to issue a waiver for its fifth well—other areas required protective steel casing to extend at least 300 feet below the ocean floor, but Union Oil got permission to install only 239 feet of casing for the new well.

The shortcut proved costly. The pressure prompted a blowout on the fourteenth day of drilling, jetting mud 90 feet above the platform’s floor. The company tried to staunch the oil flow from the well, but soon, oilmen noticed the sea bubbling. The buildup of pressure caused natural gas and oil to find and spew through fissures in the ocean floor. For the first 11 days of the spill, oil escaped at a rate of almost 9,000 gallons an hour. By the time Union Oil managed to stop the leakage, roughly three million gallons (4.5 Olympic swimming pools’ worth of oil) had spread over 35 miles. It ranked as the worst oil spill in the country’s history. (Fifty years later, after even more disastrous oil spills, it’s now the third-largest.)

Paul Relis, then a student at the University of California, Santa Barbara (UCSB), finagled his way onto a flight over the spill. He recounted the scene in an oral history compiled by Pacific Standard: “I remember looking straight down into this huge upwelling of black out of the ocean. And I just instantly thought, this is going to change the world.” The disaster prompted Relis to help found an ecology center, one of the earliest such environmental information hubs in the nation. The spill jolted other residents into action, too. Within the first week, local activists created a grassroots group called Get Oil Out! (GOO!) that clamored for the government to stop drilling in the Santa Barbara Channel.

Union Oil enlisted crop-dusting planes to coat the growing slick with dispersant and talc, and the company sent divers to the ocean floor to try to cement the cracks, but these efforts didn’t stop oil from washing onto the beaches in eerily silent waves, coating the feathers of dead loons and Western grebes. Despite attempts to clean and care for the oil-weighted birds, between 3,700 (the official count) and 9,000 (scientists’ estimate) died.

As citizens rallied and the oil company rushed to spread 3,000 tons of straw on the beaches to sop up the crude oil, the scene gained a national spotlight. Teresa Sabol Spezio, author of Slick Policy: Environmental and Science Policy in the Aftermath of the Santa Barbara Oil Spill, calls it “the first Technicolor disaster.” President Nixon, recently inaugurated and the owner of a California beachfront property himself, even visited the beach to take in the damage. “The Santa Barbara incident,” he said, “has frankly touched the conscience of the American people.”

Other politicians visited the site of the spill as well, including Gaylord Nelson, a Wisconsin senator whose environmental bona fides outpaced the president’s. After a speech at a water quality conference in Santa Barbara that summer, Nelson viewed the damage wreaked by the spill. Afterward, on board a plane to his next speaking gig at Berkeley, the senator read about teach-ins against the Vietnam War. “It suddenly dawned on me,” he later recalled, “why not a nationwide teach-in on the environment?” The idea of Earth Day took root.

Writing about the oil spill in January 1970, The New York Times’ environment correspondent Gladwin Hill called it the “ecological ‘shot heard round the world,’” though concern about the environment had been growing before 1969. Americans were starting to question the pre-World War II consensus that pollution was simply an unattractive trade-off for a robust, industrial economy, says environmental historian Adam Rome. This shifting attitude, he explains, stemmed in part from the post-war affluence of the middle class and scientists’ increasing willingness to discuss environmental consequences with the public.

People had also begun to notice a troubling pattern, Rome says. New technologies incurred alarming consequences, like cancer linked to nuclear fallout or the herbicide scare that kept cranberries off the Thanksgiving table in 1959. Rachel Carson’s Silent Spring became a best seller in 1962, the 1968 Earthrise photo taken during Apollo 8 revealed the fragility of the planet, Lyndon B. Johnson signed nearly 300 environment-related bills during his time in office and the Sierra Club’s membership doubled from 1960 to 1965, according to a paper Rome published in the Journal of American History. The environmental movement existed before the Santa Barbara spill, but it was still fragmented and without the name we now know it by.

The 1969 oil spill was a catalyst that helped change the status quo. “I think [the oil spill] was one of the ultimately most important in a series of accidents or problems that made people realize that a lot of the modern technologies that seemed miraculous … posed unprecedented risks to the health of the environment and ultimately to ourselves,” Rome says.

If Santa Barbara caught the attention of the country, Earth Day riveted it. According to his biography, The Man from Clear Lake, after the idea of Earth Day struck him, Nelson founded a non-profit called Environmental Teach-In Inc., coaxed California Republican Pete McCloskey to co-chair the day of learning (it wasn’t dubbed “Earth Day” until a later ad campaign) and announced the event just a month after visiting Santa Barbara. “I am convinced that the same concern the youth of this nation took in changing this nation’s priorities on the war in Vietnam and on civil rights can be shown for the problems of the environment,” he told a crowd in Seattle. Earth Day’s focus on youth involvement was evident in the date, selected to avoid finals and spring break, and the hiring of Denis Hayes, a 25-year-old Stanford graduate, to organize the event. That fall, writes Rome, “the number of student environmental organizations exploded.”

As momentum for Earth Day gathered, the aftereffects of the Santa Barbara oil spill made themselves felt in local and national policy. While Get Oil Out!’s efforts to ban drilling in the Santa Barbara channel’s federal waters proved unsuccessful in the long term, the furor over the oil-slicked sea led to the creation of one of the first environmental studies departments in the country at UCSB, a template that would become adopted nationwide. Green-minded lawmakers, like Henry “Scoop” Jackson and Edmund Muskie, used the catastrophe to finally move stymied conservation policies, like the Clean Water Act, forward in Congress. The oil spill gave the bills urgency, because politicians and constituents alike felt that “if [pollution] can happen in Santa Barbara,” a wealthy, upper crust community, “it can really happen anywhere,” Spezio says.

Seeing a conservative-leaning area unite against pollution also broadened the environmental movement, enticing more radical, left-leaning thinkers who hoped that “environmental issues could be a wedge that would lead people to a broader critique of American society,” Rome says. When April came, the rallying cry of Earth Day solidified a rag-tag coalition of liberal Democrats, middle-class women, youth activists, conservationists and scientists, Rome explains in his book The Genius of Earth Day.

The day of action, which inspired teach-ins at more than 1,500 college campuses, also had practical importance. “Working on Earth Day as an organizer was an incredible education,” Rome says, providing the young planners and speakers with hands-on experience, a network and a deepened investment to the cause. Participants expressed apprehension about sky-darkening air pollution, toxic waste, the Cuyahoga River burning and suburban sprawl overtaking the wilderness. They discussed “survival” long before global warming became a buzzword. Earth Day helped launch, and name, the environmental movement.

Such a prominent national display of environmental activism applied political pressure in Washington as well. By the end of 1970, Nixon had formed the Environmental Protection Agency, which would coordinate responses to future contamination disasters. By calling attention to close-to-home environmental issues in communities across the country, Earth Day rallied constituents and gave politicians reason to approve the agency. The National Environmental Policy Act provided communities like Santa Barbara with the chance to offer public comment about federal land use decisions. The Clean Water Act passed in 1972. And by the end of the 1960s, environmental coverage in the media had quadrupled from a decade before.

To mark the Santa Barbara oil spill’s one-year anniversary in January 1970, 500 demonstrators blockaded a pier along the beach. Some of the protestors stayed put for 17 hours, until police with tear gas threatened to move them. Denis Hayes, the 25-year-old Earth Day organizer, spoke at the occasion. Eighty-four days before the first Earth Day, the Santa Barbara crowd zealously rallied to the environmental cause. Hayes told Pacific Standard: “It was probably the first really giant crowd I had seen that felt passionately, I mean really passionately, about environmental issues.” The Genius of Earth Day: How a 1970 Teach-In Unexpectedly Made the First Green Generation 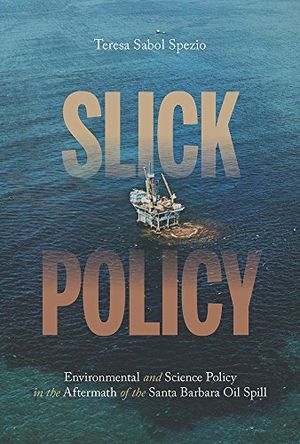