Harriet Tubman Is Famous for Being an Abolitionist and Political Activist, but She Was Also a Naturalist

The Underground Railroad conductor’s understanding of botany, wildlife biology, geography and astronomy allowed her to guide herself and others to safety 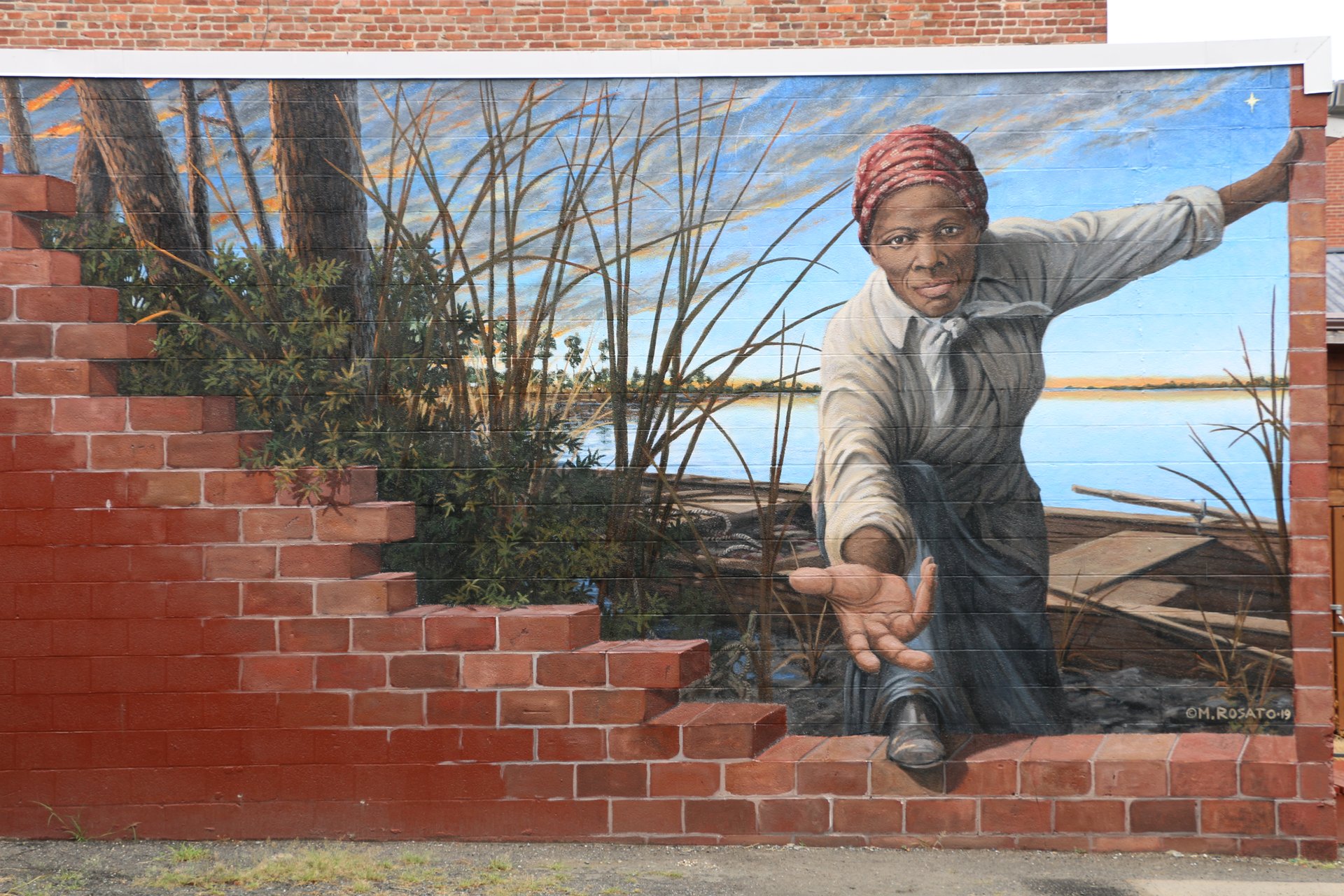 Harriet Tubman successfully navigated her own escape from slavery, and then led dozens of others on a path to freedom, thanks in no small part to her familiarity with the natural landscape. The Underground Railroad conductor followed the North Star by night and hid in potato holes and dense swamps by day. And she had a trained ear for mimicking animal calls.

“She used the hoot of the barred owl as a signal that she’d arrived,” says Angela Crenshaw, a park ranger who worked for several years at Harriet Tubman Underground Railroad State Park. “If she had people hiding in the woods, the call would let them know that it’s safe to come out of hiding. It was kind of ingenious, because everyone was used to hearing owls. It wasn’t out of sorts—it wouldn’t raise any suspicion.”

Leading up to this year’s bicentennial of her birth, perhaps the most public conversation about Tubman has been around the efforts to use her image on the redesigned $20 bill, an Obama-era initiative that stalled under the last administration. In January, President Joe Biden announced he would speed up the project. But before that, in the early 2000s, her legacy drew attention in circles of academics, activists and preservationists as community groups and nonprofits in Dorchester County, Maryland, Tubman’s homeland, appealed to federal and state governments to create a park and visitor center in her honor. They feared that part of her legacy—and the region’s history—would be lost if it wasn’t enshrined in the Chesapeake Bay landscape. Two contiguous properties—a national historical park and a state park—were created in Tubman’s name, in 2014 and 2017, respectively, and a visitor center opened on the state-protected land in Church Creek, Maryland.

As part of these efforts, which coincided with a rise in heritage tourism, researchers revisited Tubman’s direct and intimate relationship to nature and examined how her rescue missions were successful because of the knowledge she developed throughout her years growing up in the Chesapeake Bay region. As scholars continue to unearth information about her life, she’s increasingly being recognized and celebrated as a skilled naturalist.

“People just look at her as a conductor of the Underground Railroad, but she shouldn’t have survived without having tremendous knowledge of the landscape,” says Kate Clifford Larson, author of Bound for the Promised Land: Harriet Tubman, Portrait of an American Hero and consulting historian on Harriet, the 2019 film starring Cynthia Erivo. “She was going to exploit the landscape in any way needed in order to survive and carry forward with her missions. As a naturalist, she knew the flora and fauna, what to eat and what she couldn’t eat, what was dangerous and what wasn’t, and how it was going to help her live and survive the next day.”

The historian touched on Tubman's proficiencies as a naturalist in her 2003 book, explaining how she learned to trap muskrats as a small child and how she used a concoction of roots and herbs from the swamps to cure Union soldiers of dysentery during the Civil War.

But Larson dove deeper into the landscape of Tubman’s home, the Chesapeake Bay, last year, as she developed content for a new Maryland Office of Tourism initiative called “The Hidden Chesapeake Through Harriet Tubman’s Eyes.” Slated to launch online in May, it will highlight places to visit around the region, like water and land trails, that put Tubman's story in the context of the landscape and illustrate how she made use of the Chesapeake Bay's topography.

Tubman’s expert understanding of the natural landscape is a topic that takes center stage at the Harriet Tubman Underground Railroad State Park and Visitor Center, a stop on the Harriet Tubman Underground Railroad Byway, a self-guided driving tour that winds along 125 miles of the Eastern Shore of Maryland, then stretches for 98 miles through Delaware on until Philadelphia. The center offers immersive exhibits of the region’s patchwork of marshes, forests and agricultural fields and displays showing how Tubman set animal traps and worked alongside her father in the timber fields.

“One of the most important interpretive tools we have is the landscape,” says the state park manager Dana Paterra. “Outside our windows, you see what Tubman would have seen in the 19th century landscape—it’s agrarian, undeveloped. It’s used for farming, timbering, harvesting muskrat. All the things going on then go on today.” The park encompasses 17 acres between Madison, where Tubman was born, and Bucktown, where she spent her formative years.

“The same transportation routes used today were used 150 years ago. Agricultural fields go back generations to Tubman’s time,” Paterra adds. “She was illiterate in the traditional sense, yet she was a genius when it came to reading the landscape. Her ability to navigate the Eastern Shore back and forth made her successful in her missions.”

From her fluency with bird calls to knowing how to wade across the swampy marshes, where it was hard to tell how deep a puddle was by sight alone, Tubman’s areas of expertise in the natural world were broad and profound. Botany, geography, astronomy, herbal medicine and wildlife biology all factored into her ability to survive and guide others to safety.

While working as a ranger at the park, Crenshaw frequently evoked a letter that Frederick Douglass penned to Tubman on August 29, 1868, on her tours. In it, he wrote, “The midnight sky and the silent stars have been the witnesses of your devotion to freedom and of your heroism.” Those astral bodies may have bore witness to Tubman’s missions, but they also had a very active role in her journeys. They were her functional guides.

“She lives in a maritime environment. Her ancestors likely came from interior regions of African states, but on the Chesapeake, it was a maritime world,” explains Larson. “Traveling by vessel is how everybody got around. Everyone knew how to read the night sky for navigation.”

As an enslaved teenager working on the wharfs in Dorchester County, Tubman spent her days transporting timber to the docks and loading and unloading the vessels with various goods. She regularly had the opportunity to talk to Black sailors, who were integral links in the communication network between the free and the enslaved throughout the Atlantic.

“She’s with all those mariners—black mariners and dock and shipyard workers. That’s their language,” Larson adds. “She would learn about that not to learn to escape, just as part of natural life.”

This February in Ms. Magazine, Chanda Prescod-Weinstein, a theoretical physicist and feminist theorist at the University of New Hampshire, celebrated Tubman’s proficiency with reading the night sky. “I believe that Harriet Tubman, as a conductor on the Underground Railroad and general expert on the social technology of liberation, understood and used this cosmos that includes Black people and freedom,” she wrote. “This knowledge makes her one of the greatest astronomers in American history.” Prescod-Weinstein's determination to honor Tubman’s comprehension of the cosmos came through in a March 2021 op-ed in Scientific American, written with three other astronomers, that encouraged NASA to rename the James Webb Space Telescope after Tubman.

If anyone can speak about how fluency with nature is required to make one’s way along the Underground Railroad’s path, it’s Anthony Cohen, a historian who, in 1996, walked 800 miles from Maryland to Canada, following old Underground Railroad escape routes and sleeping in 19th century safe houses that still stood along the way. His book, Great Escapes: Journeys on Maryland's Underground Railroad, will be released at the end of this year. He’s the narrator and host of Rooted Wisdom: Nature’s Role in the Underground Railroad, a film he produced with Adkins Arboretum, in Tuckahoe State Park in Ridgely, Maryland, and Schoolhouse Farm Studio. It will serve as an education tool and be available online after it premieres on March 11.

“There’s a lot of history that comes from slave narratives and autobiographies where people describe their journey and describe the intimate interactions with the natural world,” says Cohen. “So we’ve begun to see connections between people who’d been enslaved doing labor on the landscape and how they used their knowledge to make their journey.”

Freedom-seekers often relied on the rules of nature to know the direction they were traveling in—migrating birds fly north in the summer, and moss usually grows on north side of trees. And primary sources document how they used plants to their advantage. Those traveling north often used tree bark for shoe soles, and women would brew a drink out of wild lettuce to control their menses.

“With Tubman, once the history community and scholars started going to the places where she lived and seeing the surrounding natural world and dug into how she lived there, it was clear she was right in the middle of it all and how much she had to know,” says Cohen.

He points out that Tubman’s father, Ben Ross, was a respected timber inspector, forester and lumberjack. At points in her childhood, she worked in the timber fields alongside him.

“She was very familiar with the landscape, which was forest, some open agricultural land and a lot of waterways and swamps,” Cohen says. “On one hand, those could be seen as physical barriers for people to encounter, but in that area of Maryland, a lot of the watermen were African Americans and knew trade routes and had access to the water.”

Cohen also explains how Tubman’s enslavers leased her out to local farmers when she was a child. One of her earliest jobs was setting and retrieving muskrat traps, which were underwater. Diving in the swamps, she learned how to navigate the muddy terrain. She also harvested tadpoles from puddles around the swamps, presumably to eat.

Tubman’s intimacy with the landscape encompasses her knowledge of how to exploit plants for medicinal use. Larson references a 1904 interview Tubman did with her friend Emma Telford in which Tubman explained some of her expertise in herbal medicine, something she became well known for during her service with the Union Army in the Civil War. A Union surgeon called Tubman to Florida to help cure soldiers of dysentery. She boiled roots and herbs that she foraged from swamps, a terrain she was thoroughly acquainted with, into a medicinal tea. Larson further notes that Tubman healed infections with resin and leaves from the sweetgum tree. She learned about the tree from her father, who used its wood to fashion cribs.

“I think she took some joy in it as well. That’s part of survival, there was some joy,” says Larson. “There are stories told by people who knew her, like how she made slingshots out of oyster shells. That’s joy. She used cobwebs to wrap wounds. There must have been joy in being able to go into her barn, take a broom, sweep down a cobweb, and put it on a child’s wound. It must have given her pleasure to have that knowledge she could pass it on.”

Tubman's role as a naturalist reminds us of how valuable it is to connect with nature and how that connection has facilitated historic movements and events.

Akiima Price is a Washington, D.C.-based consultant and former park ranger who works with National Parks Service, the National Park Foundation, the Chesapeake Bay Trust and the Nature Conservancy, among other organizations, to develop connections between parks and underserved local communities. She’s also an environmental educator.

“I find myself at the intersection of the physical and social environment advocating for the value of nature to help address trauma,” she says. “I think of Tubman from the lens of an environmental educator—what she had to know to make it through certain areas, the innate scouting ability she had to have to guide people for days on end.”