The threat came this past April: Aeroflot, Russia’s state-run airline, was considering halting flights to the United States in response to America’s failure to promptly issue visas to its crew. It was just a bit of mile-high saber rattling, but it showed that airline diplomacy is alive and well 50 years after the first breakthrough flights between the USSR and the USA signaled a brief thaw in the Cold War.

Tensions were still high less than six years after the Cuban missile crisis when Pan Am Flight 44 took off for Moscow on July 15, 1968. (First-class passengers dined on caviar and beef stroganoff.) That same day an Aeroflot jet landed in New York and was met by a crowd of 2,000 people. “The tourist plane and the bomber for years have been racing each other toward a photo finish,” longtime Pan Am chief executive Juan Trippe had said as he pushed for the flights.

Former U.S. ambassador to the USSR Charles Bohlen hoped the new route would “contribute to peace and stability in the world.” Yet a month later, Soviet troops invaded Czechoslovakia to halt the Prague Spring. “It is a pity that our hosts have acted so badly in the days since the flight,” Bohlen noted. All U.S.-Soviet flights were suspended by 1981; direct service resumed in 1986 after high-level negotiation.

Despite its limits, jet-fueled diplomacy is still in the superpower playbook. In December, a Chinese charter landed in Antarctica—a step toward China’s goal of running the first regular commercial air service to the icy continent. The route would serve bucket-list travelers, but some observers also see it as a geopolitical move, part of China’s long game to establish a presence at the pole to gain future access to its coal, oil and other as-yet-unclaimed resources. 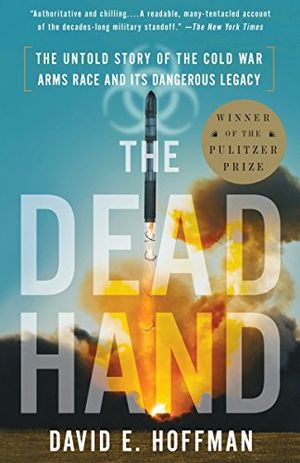 The Dead Hand: The Untold Story of the Cold War Arms Race and Its Dangerous Legacy

The first full account of how the Cold War arms race finally came to a close, this riveting narrative history sheds new light on the people who struggled to end this era of massive overkill, and examines the legacy of the nuclear, chemical, and biological weapons that remain a threat today.

Sasha Issenberg is a journalist and author of several books, including The Victory Lab: The Secret Science of Winning Campaigns.