1989 was already a dramatic year. Working for Time magazine and the New York Times, I had already covered the Palestinian Intifada, the start of war in Nagorno-Karabakh, glasnost and perestroika in Moscow, the death of Ayatollah Khomeini in Iran, among other stories.

On the evening of November 5, I was sitting on a friend's couch in Paris glued to my shortwave radio. Hour by hour, the story grew in excitement: rumors abounded that the Berlin Wall could very well be coming down within days. So that morning, about 5 a.m., with no assignment, I jumped on a plane headed to West Berlin. By the time I landed, I had the assignment for Life.

I found a cheap two-star hotel, The Hervis, whose best features were close proximity to the Wall and a gossipy owner who passed on the latest whispers he'd heard.

The morning of November 7, I awoke before dawn and walked along the Wall, ready to take pictures. Yet the coming fall was still just an unconfirmed rumor.

I found a group of young West German men slamming the Wall with a hammer. They had been at it for hours.

Suddenly, water cannons blasted through the crack the young men had made in the Wall. East German border guards were trying to push us away with the hard freezing blasts of water. Wet and cold, I took lots of pictures and had no idea at the time that one frame would become so famous.

At a certain point I climbed a rickety ladder and photographed from the top of the Wall. In the distance I saw uniformed, armed men standing motionless with automatic weapons at the ready.

Soon East German border guards came up and forced us down off the Wall. It was not at all clear that the fall of the Berlin Wall would be successful or that it would go peacefully. At last, on November 8, a tall rectangular section of the Wall was brought down, the very first break in the Wall. The border guards on both sides, however, stepped in to keep order, for the time being.

The next night, coming down with the flu but not even daring to nap, I was walking along the Wall and what seemed like tens of thousands of people were standing near the Brandenburg Gate at the Wall.

I knew I could never fight my way through that crowd to the base of the Wall, so I let the crowd carry me along---the path of least resistance, really. I ended up in front of the Wall where I stood all night long in a denim jacket and flimsy sneakers, so freezing I thought I would break in two. It ended up being the best spot. Sometime before dawn border guards and workers came and started systematically dismantling the Wall right in front of us, cutting through a huge swastika. A guard handed me one of the very first chunks of Wall to be officially broken off ---it still sits on my desk.

By dawn, people were streaming through the break in the Wall, mostly from East to West. Finally, I went off to ship my film to New York and rest for a couple of hours. The next three days had a magical feeling, Germans were high on history, and it seemed nobody slept---the fall of the Berlin Wall was one of the happiest moments in history I have ever photographed and a rare peaceful resolution to a potentially dangerous event, which changed the world. 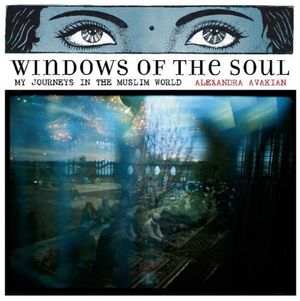 Windows of the Soul: My Journeys in the Muslim World, National Geographic Books

Alexandra Avakian is the author of the book Windows of the Soul: My Journeys in the Muslim World, published by Focal Point/National Geographic. For more info, gallery, blog, bio, book, visit Alexandraavakian.com Avakian is represented by Contact Press Images, NY, NY.