Note: This article was originally published on October 21, 2015.

Ghost bats, witch fish – it seems like animals all over the world are permanently dressed up for Halloween! Thanks to the Encyclopedia of Life, supported by the Smithsonian, we found seven of these ghoulish creatures in honor of October 31st. If you thought this holiday was just for bats and spiders, think again! 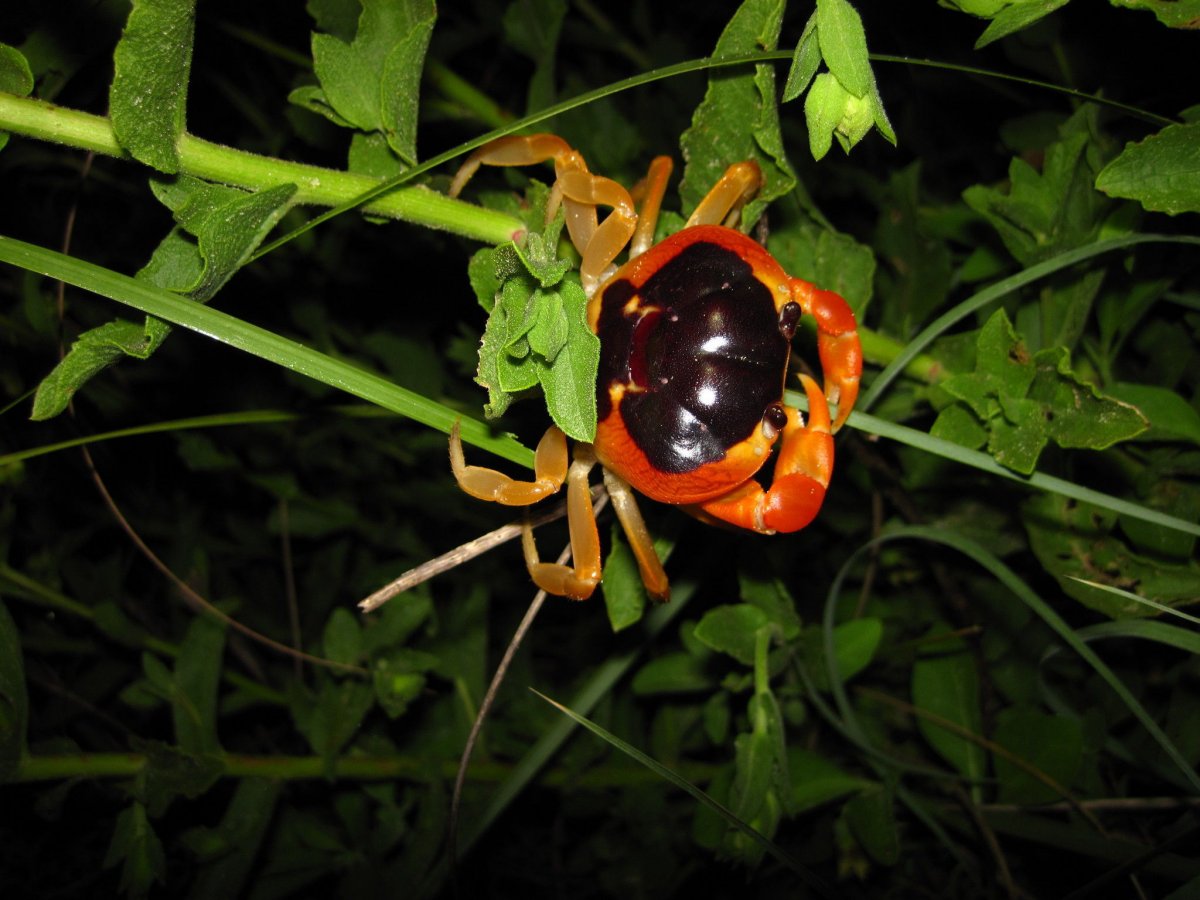 This little crab was practically made for Halloween! Found throughout Central America, Halloween crabs are not only special because of their orange and black pattern: They move in a unique way, too! Most crabs move using a hydrostatic skeleton that relies on water, but Halloween crabs are the first, scientists found, that move using both water and gas!

This thin, wide fish is a little spooky! Witch flounder, also known as grey sole, are found in deep ocean waters where they eat crustaceans, starfish, and other small invertebrate. Believe it or not, you may be able to buy witch flounder at your local fish market: Within the last few years, they’ve become a popular meal, and millions of pounds are caught every year! Halloween dinner, anyone? 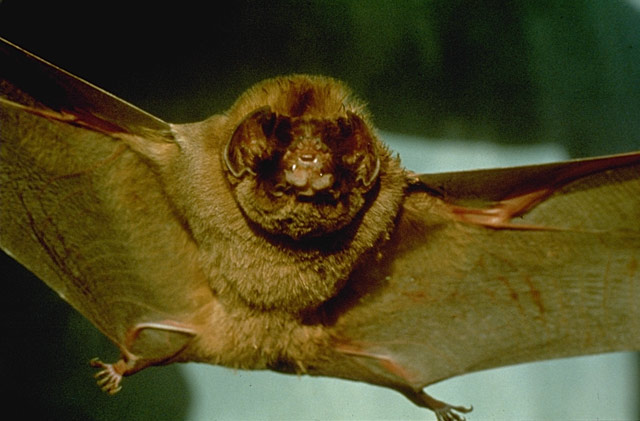 They may look scary, but ghost-faced bats are nothing to fear. While they sleep in caves during the day, the bats fly into nearby canyons at night to hunt for moths. Despite what you might see in cartoons, though, bats have little interest in bothering humans. They often isolate themselves from other animals, but they love community: Sometimes, as many as half a million ghost-faced bats will live together in the same cave! While many species of bat live throughout the world, ghost-faced bats live in Central America. 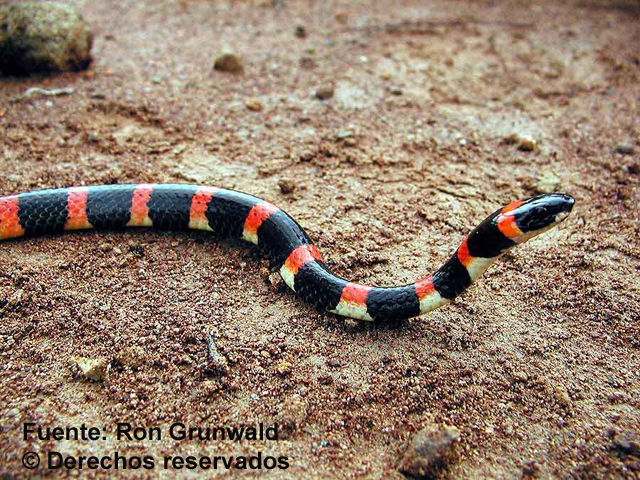 With their black and orange stripes, these small snakes are all dressed up for Halloween! Halloween snakes live in Central and South America, where they slither along the ground of swampy lowlands and wet forests. While some snakes aren’t harmful, the Halloween snake is highly venomous, and their bright stripes are a warning to keep away! There’s no need to worry about ghosts or werewolves this Halloween season, but make sure to keep an eye out for any dangerous snakes in your area if you’re camping or exploring! 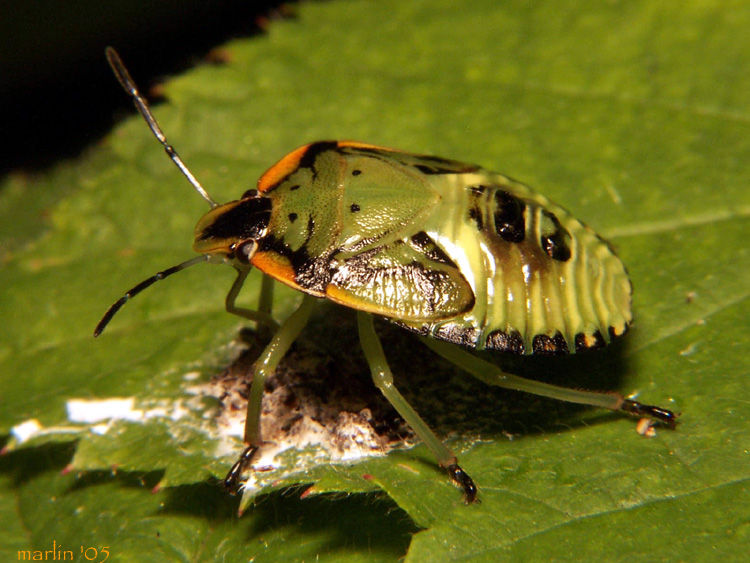 They may look harmless, but pumpkin bugs are a nightmare for farmers! Found in orchards, farms, and gardens in North America, these pests eat developing crop seeds, killing plants before they can fully grow. Encountering one isn’t pleasant, either. When disturbed, pumpkin bugs release a foul-smelling liquid that earned them another name: the green stink bug. They may look cool with their orange and black spots, but don’t let their appearance fool you. 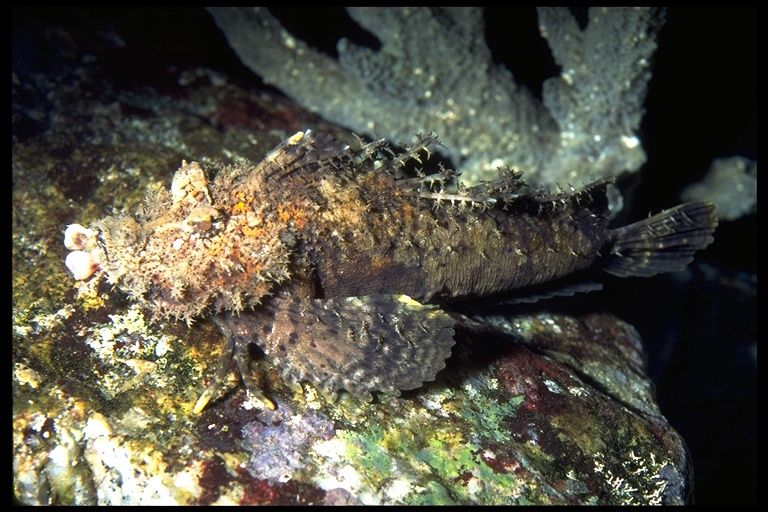 Can you spot the fish in this picture? The bearded ghoul, also known as the demon stinger, blends in with the lagoons or reefs where it lives and often buries into the ground. While half-hidden in the sand or silt, the bearded ghoul eats unsuspecting crustaceans and small fish, and it can use fins on its back to startle predators. Bearded ghouls are found mainly in oceans near Australia, China, the Philippines, and the Andaman Islands. They are highly venomous and dangerous to humans, so explorers have watch closely for these camouflaged creatures! No, this isn’t the shark from the SyFy original movies. Found off the coasts of New Zealand and southern Australia, this ghost shark is easily recognizable for the club on its snout and its pale grey skin. You may have even eaten ghost shark without knowing it! The shark is known by many other names, including whitefish and silver trumpeter, and it is often caught for fish and chips! Maybe “shark and chips” didn’t have the same ring to it? Either way, perhaps this shark isn’t as spooky as it seems!

What other Halloween-themed plants and animals can you find in the Encyclopedia of Life? Maybe you can find one that grows or lives in your area!