According to scientists, you’re probably neither.

Many of us have asked ourselves this question at least once. The idea that people are either “left brained” (more concrete and analytical), or “right brained” (more abstract and creative), has been circulating in popular culture for decades. The lasting influence of this concept may be due to the natural human inclination to categorize everything —including the people around us.

Right Brain Left Brain
The categories of right- and left-brained people likely originated from research conducted by neuropsychologist Roger Sperry throughout the 1970s and early 1980s, which tracked individuals who had undergone operations to sever the corpus callosum (the main structure connecting the two halves of the brain) as a treatment for epilepsy. Sperry’s team demonstrated that the two hemispheres of the brain are specialized for different functions –e.g. attention is governed mainly by the right-brain and language occurs mostly in the left-brain. Misinterpretation of these findings led to associations between specific brain functions and personality types, and gave rise to the popular neuromyth of ‘left-‘ and ‘right-brained’ people.

While it’s true that certain mental processes tend to occur in either the right or left hemisphere of the brain, research into the topic has found no evidence that people have stronger networks on one side of the brain or the other. In fact, a study of inter-hemispheric brain activity found that mathematically-gifted adolescents had better cooperation between brain hemispheres than non-gifted students, supporting the notion that better integration between hemispheres may be responsible for stronger cognitive ability.

Left Brained vs. Right Brained Tests
While widely popular, these tests reveal more about personal preferences than they do about neuroanatomy, and are primarily useful for their entertainment value. Research has demonstrated that both sides of the brain work in tandem during creative and quantitative tasks alike.

See how your whole brain works together in: Good Thinking! —Why “Right-Brained” is Wrong... Brained. 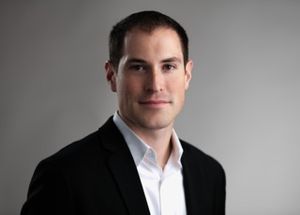 Nate Fedrizzi is a conservation biologist and science content producer based in Washington, D.C. He was the Series Coordinator for Good Thinking!, an original science education web series and durable professional development resource from the Smithsonian Science Education Center. Fedrizzi began his science outreach career during a year on the road as a Bristol Fellow, studying the global trade in seahorses for traditional medicines across Asia, Europe, and Central America. He holds a bachelor’s degree in Biology from Hamilton College and a master’s in Conservation Biology from Columbia University.