When the county sheriff arrived at the site of a head-on collision on Route 65 about two miles north of Iowa Falls in the early evening of June 11, 1935, she found, amid the twisted steel and broken glass, little bodies strewn about the scene, motionless. They were Jewish characters and famous politicians—not real people, but puppets.

In the passenger seat, there was a human being who had been injured in the crash—so severely, in fact, that he died in the hospital shortly thereafter. That man was Yosl Cutler, the artist who created the puppets and had been on a tour of the United States, performing Yiddish puppet shows in far-flung Jewish communities.

Three days later, 10,000 people attended his funeral in New York, a testament to the popularity of this artist, puppeteer, and performer, who was active on the Yiddish cultural scene from 1919 until his untimely death. Together with his artistic partner, Zuni Maud, Cutler created a Yiddish puppet theater that fused traditional Jewish folklore, modern politics, and a searing satiric left-wing sensibility.

Both immigrants from Eastern Europe, Cutler and Maud met in the New York offices of a Yiddish humor magazine called Der groyser kundes (“The Great Prankster”), where both worked as cartoonists and writers of often surreal short stories. They became fast friends and opened a small studio on Union Square, where they sold artworks and painted furniture. Both were tangentially involved in theater set decoration; when Maurice Schwartz, the founder and director of the Yiddish Art Theater, asked the two to create puppets for a scene in a play he was staging at the end of 1924, they jumped at the chance.

Puppets weren’t a common form of entertainment in Jewish culture. In fact, such a thing had never appeared in the Yiddish theater. While some of the traveling puppet troupes in Eastern Europe may have used bits of Yiddish to appeal to local audiences, they weren’t known to be run by Jews. But in the mid-1920s, puppetry had become hot in American theater and thanks to master puppet makers like Italian-born Remo Bufano and the famed puppeteer Tony Sarg, these little figures began to appear on stages in New York and throughout the country. Schwartz, who had his finger on the pulse of New York’s theater world, saw an opportunity to put puppets in his production of the Yiddish classic Di kishefmakherin (“The Sorceress”). It would be the first time puppets would speak Yiddish on a Yiddish theater stage.

But it never happened. Instead of riding puppetry’s wave of popularity, Schwartz decided that the puppets Cutler and Maud had created were too small to see from the house, so he cut the scene. The two would-be puppeteers took their creations home. As a joke, they began taking the puppets with them to the literary cafés they frequented and performed shtick for their friends. Someone suggested they start a Yiddish puppet theater. “Why not?” they said.

And the first Yiddish puppet theater in New York was born.

At the end of 1925, Cutler and Maud set up shop in a space in the Lower East Side in what had previously been a children’s clothing factory. They briefly hired an artist by the name of Jack Tworkov, who had been trained in the art of puppet making by Bufano. During shows, they would set fabric cutting tables and simple wooden benches in front of the stage for the audience: a somewhat ramshackle production with a proletarian feel. Initially performing comic scenes and a modernized version of the traditional Jewish Purim shpil (holiday play), which included a variety of characters from the Lower East Side, they quickly garnered good reviews in New York’s Yiddish newspapers.

Under the moniker Modicut, a combination of their last names, word spread, and their shows began to sell out. Adding to their repertoire, they included comic playlets, often including parodies of popular Yiddish theater songs. In fact, nearly all their skits—ranging from modern parodies of traditional Jewish culture to avant-garde inventions—included song and dance. Established authors, like the famed Yiddish satirist Moyshe Nadir, wrote original plays for their new theater.

In addition to lauding Modicut’s plays, reviewers noted how finely their puppets were constructed. Although they were caricatures and grotesques, their costumes were deemed authentic, from the silk robes and prayer shawls of Jewish traditional figures to the work clothes worn by Lower East Side laborers. Some of their puppets included unique, culturally relevant innovations, such as the rotating thumb or wagging thumb of a sermonizing rabbi, or the wiggling ears of their emcee. The first time Yiddish-speaking audiences saw homegrown characters on a puppet stage, their reaction was one of sheer joy.

Modicut grew so popular that they performed nine shows per week during nearly all of 1926 and much of 1927. They went on tour in 1928, bringing their Yiddish puppets up and down the Eastern seaboard, to parts of the Midwest, and even to Cuba. As they wrote and performed new skits, they became more politicized, actively engaging with and satirizing the news of the day, introducing puppets of international heads of state. Among these were a series of takes on The Dybbuk, one of Yiddish theater’s most celebrated plays.

Cutler and Maud’s creations had become renowned in the Yiddish world. In 1929 and 1930, they traveled to Europe, playing in England, France, and Belgium before heading to Poland, the largest center of Yiddish culture. In Warsaw, they played 200 sold-out shows, followed by 75 sold-out shows in Vilna. Reviews in the Yiddish press were effusive, and journalists were amazed that two “Americans” could present something that was so authentically Jewish.

“The entire program is full of extraordinary folk-humor, wonderful ideas, and splendid technique,” wrote a critic for Literarishe bleter, Warsaw’s leading Yiddish literary weekly. “We have here truly Jewish wrinkles and gestures, words and mumbles, sighs and groans, which come about from Jewish sources and a Jewish way of life.”

After their tour, Cutler and Maud returned to New York in mid-1930 with money in their pockets—something they never expected. Who would have thought that something that began as a joke would have pulled a profit? They went back to their workshop and crafted more puppets and wrote more plays. On the back of their European success, Modicut was invited to perform in the Soviet Union during 1931 and 1932. They prepared by writing skits addressing themes such as the oppression of the working class, and featuring sweatshops, corrupt bosses, exploitation, imperialism, the depression, and war. All of this proved popular to audiences in the USSR. Modicut was an international hit.

In 1932, Cutler and Maud spent their summer, as they often did, at the Maud family’s summer resort, Zumeray, in North Branch, New York, where they had a puppet workshop and gave many performances. It was said that the only thing under lock and key at the resort was their puppets. Apparently, nothing else was as valuable.

They worked together until 1933, when a fight of unknown origins caused them to split up the act. They continued performing individually and with other partners but were never able to achieve the success that they had together. The chemistry just wasn’t there. One Yiddish writer, Chaver-Paver, wrote that it was a tragedy for the entire Yiddish world when they broke up.

In May 1935, Cutler went on the road, allegedly to California in hopes of making a full-length Yiddish puppet film, performing in Jewish communities along the way. It was on the road to Denver that Cutler and his puppets met their demise, a tragic end to a unique and colorful character whose creative sensibilities had brought great joy to the Jewish street.

Maud was devastated by Cutler’s death. Having worked together so intensely and successfully, he felt awful on account of their earlier falling out. He nonetheless continued to produce art and work in puppetry for the remaining twenty years of his life. Notably, he worked with puppeteer Nat Norbert Buchholz, who later taught the craft to Shari Lewis, who debuted her famed Lamb Chop puppet on Captain Kangaroo in 1956. This lineage of tutelage links the first generation of Yiddish puppetry with modern American puppetry.

Modicot Yiddish puppet theater After Maud’s death in 1956, his archive of art, sculptures, and wild, surrealistic stories was donated to the YIVO Institute of Jewish Research, the New York-based organization that houses the most significant collection of documents and artifacts connected to Jewish Eastern Europe and its diasporas. And those puppets made by Yosl Cutler? Three of them wound up in YIVO’s archives as well, as fascinating artifacts of a period when modern Yiddish culture was at its peak.

In the end, Yiddish puppetry had a relatively short life. Part of the efflorescence of Yiddish culture that took place during the early twentieth century, producers like Modicut brought modern art, avant-garde theater, tradition, folklore, and modern politics together in one place—where they could all be mocked by an immigrant group that understood both the power and the therapeutic nature of hearty laughter. 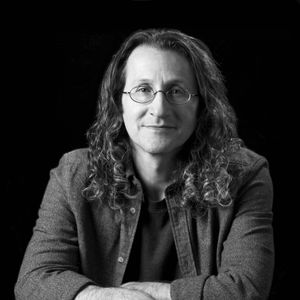 Eddy Portnoy is YIVO’s academic adviser and director of exhibitions, as well as the author of Bad Rabbi and Other Strange but True Stories from the Yiddish Press (Stanford University Press 2017). For nearly a century, YIVO has pioneered new forms of Jewish scholarship, research, education, and cultural expression. The YIVO Archives contains more than 23 million original items, and YIVO’s Library has over 400,000 volumes—the single largest resource for such study in the world.