What do the writer Sylvia Plath (1932–1963) and the summer blockbuster Spider-Man: Homecoming have in common? The character Michelle (M. J.), played by Zendaya, it turns out. Cast as an aloof intellectual who appears in scenes of Peter Parker’s most poignant internal struggles in the film, Michelle channels something of the spirit of the poet, which helps maintain Plath’s relevance in today’s pop culture. In the scene on the National Mall, when Spiderman is scaling the Washington Monument, Michelle is shown wearing a t-shirt featuring Plath’s image. She may only exist in the film’s margins, but her smart, piercing comments—often tinged with social responsibility—make her a very memorable characters in the cast.

In one of the most intense action scenes, Michelle chooses not to enter the Washington Monument with her teacher and her high school academic decathlon teammates because she does not want to “celebrate” a structure that was built by enslaved people, a comment that her decathlon coach denies but the Park Service Ranger nearby does not. (A discussion about this has unfolded recently in the press.) In another scene in the film, she is seen drawing portraits of school friends who are in detention because she wants to capture people in the midst of their struggles, an act that is tied to her preoccupation with the notion of self-identity. Throughout the movie, Michelle is often carrying a book or reading, even while in gym class.

While most references in pop culture tend to flatten Plath into a brooding intellectual, the National Portrait Gallery’s current exhibition One Life: Sylvia Plath seeks to present a nuanced view of her. The show does this through the presentation of her artwork, letters, family photographs, and other materials, such as a collage that comments on the oppressive dominance of patriarchy. I have to admit that when I learned Spider-Man: Homecoming alluded to Plath through a character played by Zendaya, I was skeptical. Surely, I thought, the film would be promoting a two-dimensional view of Plath or a caricatured view of her contemporary followers.

But I was wrong. Of course, there is a degree of caricaturing of Plath and her followers, but it is not problematic. Even though she is only on screen for ten minutes or so, Zendaya’s Michelle demonstrates enough complexity to make her a standout character, one that we will continue to anticipate in the sequels because of her strong voice. Aside from the sheer brilliance of Plath’s use of words, it is the vibrant voice, creative energy, and self-awareness in Plath’s writing that allows her to persist in the popular imagination and in all forms of creative expression, from visual art to theatrical art, including an intriguing new Marvel character. 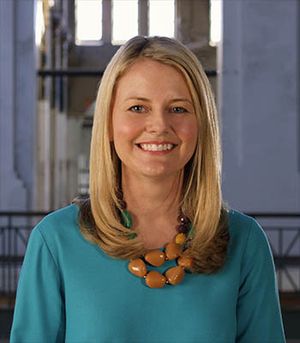