While giving tours of the Smithsonian’s National Mosquito Collection, I always pull out a tray from a special cabinet with seven glass slides laid out. It is difficult to see the specimens mounted on these slides without a microscope, but the name “MAJ Walter Reed” written on the labels is clear. These slides were part of a now famous study spearheaded by Major Walter Reed of the U.S. Army in the early 20th century, implicating the mosquito Aedes aegypti as the species responsible for spreading the deadly yellow fever virus to humans. Armed with this knowledge, along with information about this specific species’ biology, the U.S. military was able to launch a vigorous and ultimately successful campaign against this enemy, allowing the completion of the Panama Canal.

I am a researcher with the Smithsonian’s National Museum of Natural History (NMNH) and the Walter Reed Biosystematics Unit (WRBU), based at the Smithsonian’s Museum Support Center (MSC) in Suitland, Maryland. The WRBU is responsible for managing the National Mosquito Collection as well as nine other families of biting flies like sand flies (Psychodidae), horse flies (Tabanidae) and biting midges (Ceratopogonidae).

The WRBU has a long history of conducting research to identify and describe mosquito species implicated as disease vectors. We provide entomologists, mosquito control personnel and health planners with identification tools, detailed biological profiles and hazard maps for all known mosquito vector species. All of this would be impossible without NMNH’s National Mosquito Collection. The collection contains over 1.5 million individual mosquitoes with records documenting life stages, where, when, and how each specimen was collected, whether there have been observations about feeding preferences and breeding sites. This allows us to build profiles for each species—called bionomics—which varies significantly from species to species.

In late 2015, South and Central America reported rising numbers of Zika virus infections and concern over a potential outbreak in the southern United States became urgent. By using the more than 5,000 individual Aedes aegypti specimens in the collection, we were able to better predict where the species might be present in the U.S., provide guidance on when they will be active throughout the year and share images of adults and immatures to facilitate its identification.

Data from the collection also enabled us to provide information about what people can do in and around their homes to reduce their risk of encountering this species. For example, Aedes aegypti prefers to lay its eggs in human-made containers such as flowerpots, rain gutters and bird baths. Treating these sites with pesticides or removing the water entirely, significantly reduces the number of mosquitoes present.

By 2016, travel related Zika virus infections were regularly showing up throughout the U.S. and locally acquired (mosquito-spread) cases were reported from Southern Florida and Texas. It was clear that we needed to do more to monitor the spread of the disease. The challenge, however, was deciding where and when resources should be focused to maximize the chances of detecting infected mosquitoes before they infected more people.

Although the WRBU is housed within the Smithsonian’s MSC, we are a division of the Walter Reed Army Institute of Research (WRAIR). This means our first priority is U.S. military personnel. For this reason, we focused our attention on predicting where and when surveillance for Aedes aegypti mosquitoes should be conducted on U.S. military bases during the 2015-16 outbreak.

Our earlier work digitizing the National Mosquito Collection, coupled with habitat suitability modeling efforts by other researchers provided a reliable picture of where this species was expected to be found. However, we needed some other factor to help predict when those mosquitoes would be active. It turns out that in seasonal, temperate climates such as North America, temperature is a major force driving the timing of mosquito activity. In fact, it is well documented that Aedes aegypti has a specific temperature range that it can tolerate, between 18-38oC/ 64.4-100.4oF. When temperatures reach above or below this threshold, these mosquitoes either die or enter a dormant stage called diapause, similar to hibernation in mammals.

We began monitoring air temperature on a weekly basis using data collected by satellites, freely available via NASA. By calculating the likelihood of mosquitoes being present at a target location and relating that information to average temperatures, we produced a simple tool for monitoring the likelihood of encountering Aedes aegypti on any U.S. military base in near-real time. The tool gave us a clearer picture of where and when this mosquito species was likely to be active, allowing us to provide actionable guidance on targeting surveillance and intervention strategies.

Our motto is “know the vector, know the threat.” In the case of the 2015-16 Zika outbreak, the locality and bionomic information from the National Mosquito Collection provided invaluable insight into how the species behaved and how we could detect them before they spread disease. There is much work still to be done, but by staying vigilant and drawing on the knowledge accumulated in museum collections like the National Mosquito Collection, we can be ready to respond to emerging zoonotic disease threats and maybe even prevent them one day. 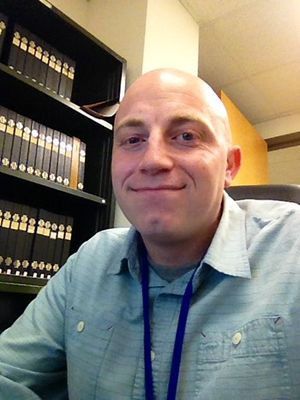 David Pecor is a researcher at the Smithsonian’s National Museum of Natural History and the Walter Reed Biosystematics Unit (WRBU). He is part of a team who curates the National Mosquito Collection. David also works on the VectorMap project, an online repository for arthropod collection data, ecological niche models and other map layers related to vector ecology. David works directly with members of the U.S. military to preserve specimens and data associated with entomological surveillance efforts around the world. David graduated from the University of Montana in 2010 and worked as a freelance journalist before joining the WRBU team.