The Tlingit Indians of southeast Alaska are surrounded by art; even basic tools like fish hooks are often elaborately carved with animals and other figures representing clan crests and spirits. Among the rarest of Tlingit artifacts is the spear thrower, or Shee aan in the Tlingit language, which was nearly forgotten to history.

Only two dozen, most of which are over 200 years old, have been identified in museums and private collections. Due to their intricate ornamentation, it is hard to believe that the Shee aan were functional, but field-tests made possible by 3D scanning and printing technology shows that they are.

Smithsonian anthropologist Eric Hollinger teamed up with Alaska State archaeologist Richard VanderHoek and Alaska State Museum curator Steve Henrikson to digitize and reproduce several Shee aan from the Smithsonian's collections and visitors to the Sitka Fine Arts Camp in Sitka, Alaska, recently got a chance to try them first-hand.

The spear thrower, sometimes referred to by the Aztec word atlatl, works as a lever and intensifies the force in the throwing motion. The spear or dart fits onto the end of the thrower with a peg or slot. It is balanced behind the shoulder, then thrown forward in an overhand motion, propelling the spear with much more speed and accuracy. Spear throwers were used throughout the world. The earliest evidence of them is in Europe, where they are depicted along with wooly mammoth in the famous 17,000-year-old cave paintings at Lascaux, France.

The Smithsonian has two Shee aan in the anthropology collection of the National Museum of Natural History. Janine Hinton, in the Anthropology department, scanned them with a CT machine. By studying the CT scans, the research team discovered metal reinforcements that suggested the devices were functional tools, despite the intricately carved motifs. The digital data from the scans were sent by the Smithsonian's Digitization Program Office to 3D-print the Shee aan using high-strength nylon.

The team then brought the reproductions to the 2017 Sharing Our Knowledge conference in Sitka, Alaska. The conference provides Tlingit clans and members of the public an opportunity to learn about and celebrate the native cultural heritage of southeast Alaska.

The team hopes that native carvers will take interest in the Shee aan and begin producing new ones. Sitka local Maria Kesanooksisk is ready. "... I'd like to carve these throwers," she said. "I think they're really neat. I've made tools almost like this before, so this is right up my alley. It doesn't take much power to throw. I was really surprised by how simple it is. I really like it."

Spear throwers are still used by other groups in Alaska to hunt seals and the team hopes the Tlingit will see them not only for their beauty but also for their utility in hunting and the sports played at summer culture camps. Daklaweidi clan leader Ben Didrickson said, "I'm glad to see this tool reintroduced here, on the campus where people in Sitka have learned trades for generations... Now a new generation will learn this part of our past. There's a history of this tool in this land, and these new Shee aan are precise duplicates of the ones my ancestors actually used. It's very cool." 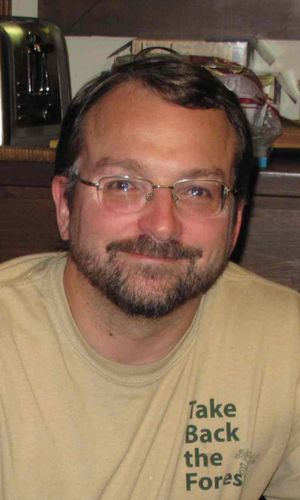 Eric Hollinger is a Tribal Liaison for the Repatriation Office of the Smithsonian's National Museum of Natural History. He works with Native Alaskans and tribes throughout the United States on repatriation issues, particularly with 3D digitization and replication for cultural restoration. 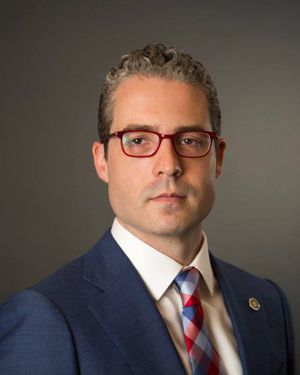 Nick Partridge is a Public Affair Specialist at the Smithsonian’s National Air and Space Museum. He divides his time between the Communications department and the NASM Future State Lab. Nick oversees speechwriting and publishing, with additional duties in media relations and marketing. As a member of the Lab, Nick forges new partnerships with industry leaders to explore new technologies and techniques to expand the visitor experience. Nick came to the Smithsonian by way of Athens, Georgia, where he was a producer and announcer on the local NPR member station. His previous experience includes nonprofit management and work with state and foreign government agencies.