The ongoing environmental changes in the Arctic are grand in scale and rapid in pace. Retreating sea ice is forming a new ocean. These changes are creating a new reality for all the organisms that depend on the Arctic Ocean—and revealing new economic and political opportunities too.

All of this change provides an unprecedented science policy opportunity because the rules for the future of Arctic governance are being drafted right now. In other words, the track for the future of science in the Arctic is being set at a time when it is changing more quickly than ever before.

For decades, government decision-making has been informed and based upon scientific evidence. While science and scientists have a lot of potential diplomatic and political power, the key word is potential – it’s not a given that science is influential. Indeed, in recent years, many feel that this potential has been increasingly marginalized.

If the future of the Arctic is to be governed by evidence-based policies, scientists must accelerate the exchange of knowledge and engage with policy makers. In our recent Viewpoint published in BioScience, we offer principles for turning research on the Arctic into translational research for the Arctic.

Why do scientists need to act now?

Given the recent political focus on the region, there is a window of opportunity for scientists working in the Arctic to be heard. Although many scientists outside government aren’t familiar with the Arctic policy landscape and the activities of political entities, increased awareness would allow them to contribute more directly, know where to find relevant reports, and determine which organization is setting policy related to their research. To this end, our article provides a brief primer on the policy players in the region and some examples of emerging policy challenges and associated scientific needs.

We offer three concrete principles that scientists can implement in their professional capacities to help the scientific community produce translational research to affect policy decisions in the immediate future.

The first focuses on the scale of research effort and investigation. Cost of observations in the Arctic is high, environmental and policy issues are transboundary, and international scientific cooperation for governments can be challenging. However, international collaboration is commonplace amongst scientists. Such collaboration is more than necessary academically; it is a critical diplomatic tool (not just in the Arctic), and scientists should be encouraged by the global political and conservation implications of their collective research endeavors.

The second principle concerns research logistics. Independent researchers conduct experiments and collect data in different ways across the Arctic. Individually, each study has value, but if the results can be stitched together to understand pan-Arctic patterns, the data are even more useful. Digital data platforms have improved this kind of coordination and sharing of data but there is still more work to be done. National security concerns often hinder data sharing amongst governments so scientists must help circumnavigate these blocks by considering the compatitibility of their data with other projects from the outset. Data portals and networks are known solutions to this challenge, and scientists should be encouraged to contribute to them.

The final principle focuses on the research and translation process. Whereas most global environmental problems have been targeted by top-down, integrated approaches (e.g., the United Nations Framework Convention on Climate Change), a growing body of literature suggests that negotiations in the face of uncertainty are better accomplished through decentralized approaches that foster on-the-ground problem-solving and iterative exchange (e.g., the Montreal Protocol that addressed ozone depletion). Decentralized approaches give the opportunity to reframe questions, in real time, with both decisionmakers and researchers present. In turn, this opportunity helps bridge an important cultural divide: scientists wish to know function and mechanisms, framing questions with why and how, while policymakers need information to assess trade-offs, which are questions that begin with what and when. We urge scientists to engage directly and iteratively with policymakers so that the questions they ask and the format of the information they deliver can help reduce uncertainty, as we move forward to develop sound Arctic policies that serve all stakeholders. 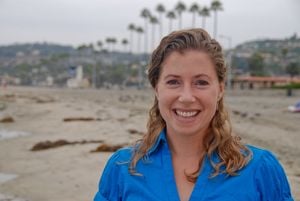 Fleming is a James Smithson Postdoctoral Fellow and her current research is supported by the Smithsonian Women's Committee. Prior to joining the Smithsonian, she was a Knauss Marine Policy Fellow and Foreign Affairs Officer at the Department of State working on international marine policy in the Office of Marine Conservation. She received her Ph.D. from Scripps Institution of Oceanography in biological oceanography, where she examined cetacean population structure, foraging ecology and habitat modeling. Her James Smithson fellowship research looks at the historical ecology of Arctic whale species using NMNH collections of baleen, teeth, and bone, as a way to predict the future ecological trajectories of these species in a changing Arctic. 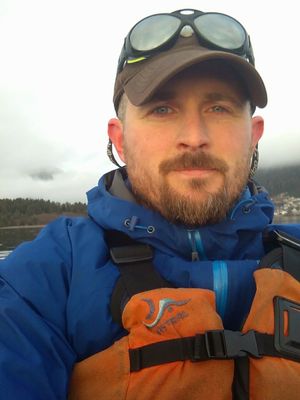 Pyenson is curator of fossil marine mammals at NMNH. He is interested in how different lineages of four-limbed animals have repeatedly invaded oceans from land ancestry over the past 250 million years – an evolutionary cross-section of vertebrate life that includes sea turtles, seabirds, and especially marine mammals, such as whales. His scientific expeditions have taken him to every continent, with a strong focus on paleontological exploration, anatomical discovery, international mentorship, and 3D digitization for museum collections. Along with his collaborators, he has named over a half-dozen new fossil species, discovered the richest fossil whale graveyard on the planet, and described an entirely new sensory organ in living whales. Currently, he is writing a popular book about the origin and future of whales, to be published in 2018 by Viking Books.