A sudden tragedy thrust Rebecca Lukens into the family business and into history, making her the nation’s first woman industrialist and the only woman to run and eventually own an iron mill in the United States during the 1800s.

In 1825, at the age of 31 and expecting her sixth child, Rebecca Lukens endured a heart-wrenching loss. Her husband, Charles Lukens, died unexpectedly from illness. On his death bed Charles made Rebecca promise she would take over Brandywine Iron Works and Nail Factory, the family business which he had been running prior to his untimely death. Rebecca’s father, Isaac Pennock, was the original owner of the mill. He had died in 1824, and while he did not leave the business to Rebecca and Charles directly, he had made Rebecca a verbal promise that it belonged to her.

While white women from less privileged backgrounds increasingly worked outside of the home at the time, especially in textiles mills, white middle class women were expected to tend to the home, prioritizing homemaking and childrearing. These domestic ideals might have led Rebecca’s mother to believe that the male-dominated iron industry was no place for a woman. Despite her mother’s lack of support, Rebecca took over the family company because she was prepared to do so.

Rebecca had learned the business, first from her father, and then from her husband, who consulted her as he advanced and expanded the company. Though it was nearly bankrupt at the time of Charles’ death, Rebecca revived the mill and made it profitable, but this came at tremendous personal and financial cost.

Prior to running the mill, Rebecca’s life was different from other young women in the industrializing nation. The first child of her parents, Isaac and Martha Pennock, Rebecca was born on January 6, 1794, in Chester County, Pennsylvania. The Pennocks were Quakers whose faith shaped their lives. Because of their religious connections, Rebecca attended two Quaker boarding schools. While Rebecca learned traditional subjects such as math, chemistry, and French at school, her father taught her the ins and outs of the family business.

Brandywine Iron Works specialized in the production of small iron products such as nails, wheels, barrel hoops, and blacksmith rods. Rebecca sometimes joined her father on business trips. It was on a trip to Philadelphia that she met the man who would eventually become her husband.

Rebecca met Dr. Charles Lukens, a fellow Quaker and a physician with a thriving medical practice in Abington, Pennsylvania. The two fell in love and married in 1813. Soon after marriage, Charles changed professional course, giving up his medical practice to join Isaac Pennock, Rebecca’s father, in the family business. Eventually, Isaac leased Brandywine Iron Works to Charles for $420 a year, and Charles took over the operation of the mill. Charles sensed that new technologies would power the nation’s industrial age, and so he began transitioning the mill to produce iron boilerplate for steamships. By 1818, the mill had become the first to roll iron boilerplate. In March of 1825, a foundry and machine shop in Pennsylvania commissioned Brandywine Iron Works to provide the material for the nation’s first ironclad steamship, the Codorus. Charles accepted the order, but he died in the summer before the completion of the ship. In November of that year, as the Codorus set sail on the nearby Susquehanna River, Rebecca took over the management of Brandywine Iron Works.

Although Brandywine Iron Works received much acclaim for its part in the construction of the Codorus, the business was far from profitable. In fact, because of improvements Charles made to the mill before he died, the business had many debts, including two loans from Rebecca’s father. In addition to the financial strain that came with trying to pay off the mill’s debts, Rebecca’s relationship with her mother grew tense, especially after her father’s death.

While Isaac Pennock had made a verbal promise to Rebecca that the mill would be hers, his will complicated matters. When he died in 1824, Isaac left all his personal property to his wife while she was living and required that the real estate be equally divided when their youngest child came of age. Though she had the power to release Rebecca from the terms of the lease and to cancel the two loans, Martha Pennock instead required Rebecca to continue paying. Rebecca appealed to her mother, but Martha remained resolute in her belief that Rebecca should not run the business. All of these strains caused Rebecca to call this period of her life a “hard and weary struggle.”

While Rebecca’s mother would not support her, several of Charles Lukens’ former business partners did and assisted Rebecca as she worked to save the mill. They loaned her materials on credit and gave her time to complete outstanding orders. Eventually, her brother-in-law, Solomon Lukens, came to help by running the daily operations. By working long hours and taking calculated risks, Rebecca was able to pay off the mill’s debts and satisfy the outstanding orders.

Being the only woman in a man’s world of iron manufacturing, Rebecca’s Quaker faith helped guide her business practices, especially the principles of “fairness and peace with others.” Rebecca faced several lawsuits related to the business. In all these cases, Rebecca held her ground, but accepted the judgements rendered, even when they were not in her favor. In 1837, the nation experienced a recession that brought production to a standstill. While many companies had to fire their workforces, Rebecca kept her workforce on, employing them in repair work around the mill. Although the mill was not as profitable during this period, it did not close.

In 1847, Rebecca partnered with her son-in-law, Abraham Gibbons, Jr. Abraham managed the mill and in 1849, another son-in-law, Charles Huston, joined the firm. Under their leadership Brandywine Iron Works continued to grow and prosper, increasing its production and workforce. After Abraham left the company, he founded and opened the Bank of Chester Valley. He featured Brandywine on the $10 bank note. In 1890, the mill changed names and became incorporated as the Lukens Iron and Steel Company, in honor of Charles and Rebecca Lukens.

This post was originally published on the National Museum of American History's blog on March 9, 2021. Read the original version here. 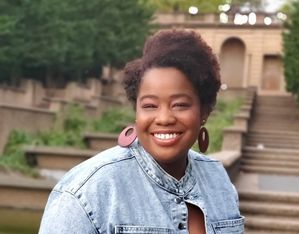